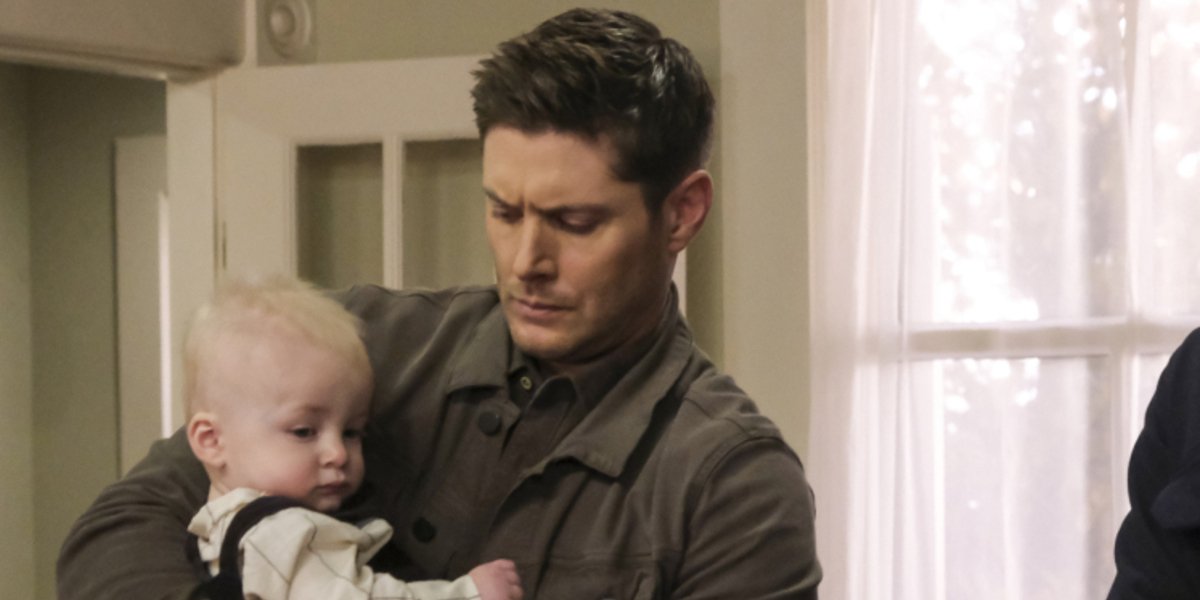 Supernatural fans may be struggling with a shortened Season 15 and an uncertain series finale, but a video has hit the web that could make things just a little bit better: Jensen Ackles struggling with some stairs. While Dean Winchester may be able to battle monsters, maniacs, demons, and more, that doesn’t mean the actor doesn’t face the same challenges as everybody else. In this case: gravity!

In the unexpected two-minute blooper reel tweeted out by Supernatural showrunner Andrew Dabb, several flubs from the Season 15 episode that brought back Garth were revealed, and Jensen Ackles isn’t the only one to stumble on camera. Take a look:

RELATED: ‘Supernatural’ Will Get The Rare Achievement Having Two Final Seasons.

Well, Andrew Dabb did promise some “special treats coming along to way” to help fans get through the unexpected hiatus, and I would say that two minutes of Season 15 bloopers featuring a longtime fan-favorite counts! Fortunately, Jensen Ackles’ stumble on the stairs didn’t result in a tumble, so it was funny rather than unfortunate.

I actually had to watch that part a few times before I realized that Jared Padalecki (who has shared his favorite moments from the show’s 15 seasons) seemingly unintentionally tripped over a step in the very same scene, and it wasn’t a gag! That’s what I get for laughing at Jensen Ackles’ reaction without paying attention to Padalecki. These two really are in sync if they can trip in the same scene without planning it.

That said, I got my biggest laugh out of Jensen Ackles fake yelling at a bemused DJ Qualls about continuity after his hat was blown off. Considering this episode of Supernatural Season 15, called “The Heroes’ Journey,” was one of the sillier episodes in a season about the Winchesters facing off against God, I’m not surprised that there were some great bloopers that came out of production.

The only real unfortunate thing about this video for fans, I think, is that it followed “SUPERNATURAL WILL BE OUT OF PURGATORY…” with “SOON.” While “soon” is better than “eventually,” something a little more precise undoubtedly would have been welcome, especially since Supernatural actually finished filming five episodes beyond what hit the airwaves, with the visual and sound effects keeping them from being completed.

RELATED: The Ackles Family in a Adorable Video Thanking The Healthcare Workers

If other shows are finding ways to produce new episodes despite social distancing, it would stand to reason that hopes could be up for some of those five Supernatural episodes being finished from home. Still, at least Supernatural fans will be getting the ending they deserve after all these years. Unlike Empire over on Fox, which has also been airing its final season, Supernatural will return to film a finale.

For now, though, you can always relive the first 14 seasons of Supernatural via streaming on Netflix, and our midseason premiere schedule can show you some additional options to fill your TV lineup while Supernatural Season 15 takes a break.