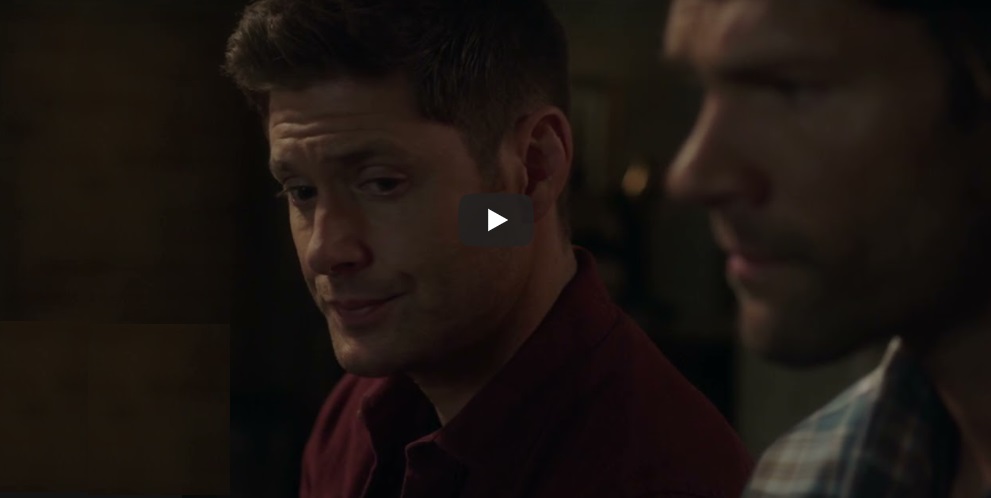 Dean and Sam are taking time to remember their dearly departed loved ones in an extended deleted scene from Supernatural‘s penultimate episode.

As viewers may recall, in the original exchange that aired, the Winchesters raised their beers to their fallen comrades with a simple, “To everyone that we’ve lost along the way.” But in this exclusive video from Supernatural: The Complete Series (available on Blu-ray and DVD on May 25 from Warner Bros. Home Entertainment), the brothers get specific in a longer version of the scene.

The complete series set includes all 327 episodes, plus a 68-page collectible book filled with new images, set designs and letters to the Supernatural family from creator Eric Kripke and executive producer Robert Singer. And of course, there’s many hours of fresh bonus content from the fifteenth and final season, including a gag reel, more deleted scenes and the featurettes Supernatural: The End of the Road, Supernatural: Family Don’t End in Blood, Winning Baby: A Supernatural Giveaway, Winchester Mythology: Midwestern Heroes and Supernatural: The Long Road Home – Special Retrospective Episode.