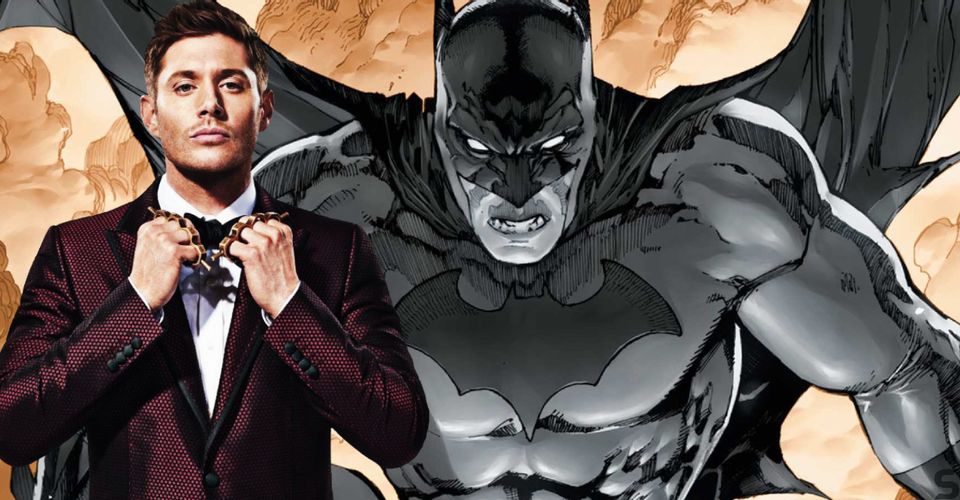 A clip from Batman: The Long Halloween, Part One features Jensen Ackles’ Bruce Wayne making an ironic observation about the Oct. 31 holiday.

Warner Bros. released a clip from Batman: The Long Halloween, Part One that shines the spotlight on Jensen Ackles’ Bruce Wayne and Alastair Duncan’s Alfred.

The clip appropriately takes place on Halloween at Wayne Manor, as Alfred prepares for any potential Trick-or-Treaters. Bruce then laments on the fall of Gotham City and the absurdity of Halloween — a holiday predicated on putting on costumes and striking fear into others (Alfred is quick to point out the irony).

Published in 1996-1997, Jeph Loeb and Tim Sale’s Batman: The Long Halloween is a 13-part series that takes place in Batman’s early days and follows the Dark Knight as he attempts to apprehend mysterious a serial killer who murders people on holidays, once per month. In addition to the series re-introducing the villain of Calendar Man — who knows the Holiday killer’s identity, but won’t tell Batman — The Long Halloween also chronicles Harvey Dent’s transformation into the villain Two-Face. Throughout the book’s 13 issues, Batman also has run-ins with the likes of Catwoman, Joker, Scarecrow, Mad Hatter, Poison Ivy and The Riddler, among others. Chronologically, The Long Halloween takes place after the events of Frank Miller and David Mazzucchelli’s Batman: Year One.

Inspired by the iconic mid-1990s DC story from Jeph Loeb and Tim Sale, Batman: The Long Halloween, Part One begins as a brutal murder on Halloween prompts Gotham’s young vigilante, the Batman, to form a pact with the city’s only two uncorrupt lawmen (Police Captain James Gordan and District Attorney Harvey Dent) in order to take down The Roman, head of the notorious and powerful Falcone Crime Family. But when more deaths occur on Thanksgiving and Christmas, it becomes clear that, instead of ordinary gang violence, they’re also dealing with a serial killer – the identity of whom, with each conflicting clue, grows harder to discern. Few cases have ever tested the wits of the World’s Greatest Detective like the mystery behind the Holiday Killer.