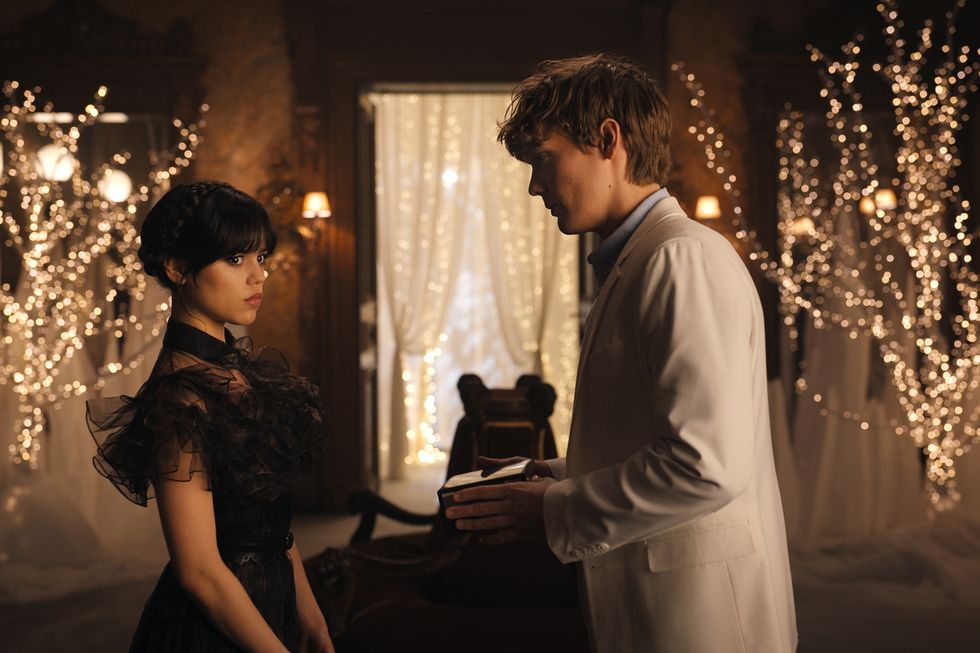 Wednesday star Hunter Doohan has teased the future for his character, Tyler, beyond the first season of the Netflix series.

In the season finale of The Addams Family spinoff, Tyler was revealed to be The Hyde, the monster that had been terrorising Nevermore Academy throughout, after being manipulated by Miss Thornhill (Christina Ricci).

Speaking exclusively with Digital Spy alongside co-stars Emma Myers, Percy Hynes White and Joy Sunday, Doohan revealed what he thought happened to Tyler in the conclusion and his relationship with Ricci’s main antagonist.

“I do think he escaped at the end. When I read that on the page, I was so excited. I was like: ‘Come on, don’t be dead, don’t be dead’,” he said. “I think he was being controlled by Miss Thornhill, and then he had to go manipulate Wednesday to carry out their plan. And I think he did a pretty good job with it.”

Hynes White, who plays the titular character’s love interest, Xavier, didn’t have high hopes for his character’s chances with Wednesday despite Tyler’s departure: “I think that Xavier would hope [there’s a chance of dating], but knowing Wednesday, I very much doubt it. I don’t know if she’s the dating type, especially after their first soiree.”

The actor subsequently teased the second season, saying it would be “super interesting”. Sunday, who plays Bianca Barclay in the series, expanded further, saying the next batch of episodes would feature a “big bad” and focus on the “whole town and community of people”.

Gwendoline Christie, who plays Principal Weems, expressed her wish to return for season two, telling Digital Spy: “Larissa Weems would not really be prepared to entertain or be dominated by anything as commonplace as death.”

Wednesday is currently streaming on Netflix.