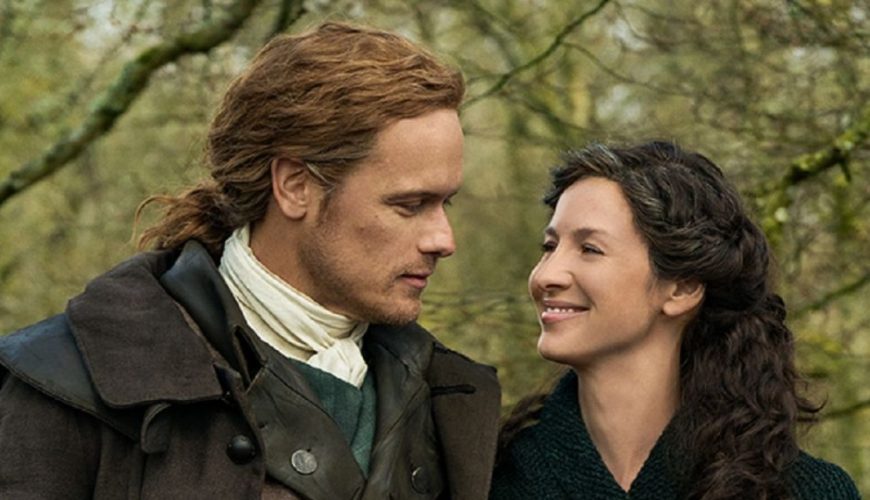 Outlander expands its universe with the creation of a prequel titled Outlander: Blood of My Blood, which will tell the love story of Jamie Fraser’s parents. Fans received this news with joy but also with a high dose of suspicion about what it could mean for their favorite show, wondering if this announcement was just the beginning or the end of it. Here’s the answer to all their concerns.

Outlander tells the story of Claire (Caitriona Balfe), a nurse who lives in 1945. After going on a trip to Scotland with her husband Frank (Tobias Menzies), she decides to walk alone to the hills of Craigh na Dun, near the town of Inverness. Claire ends up traveling back in time to the 1700s. Being completely out of her comfort zone, Claire has to think on her feet. Amid cold weather and deep confusion about what is happening, she will find that this was her destiny all along.

The Outlander series is an adaptation of the (unfinished) ten-book series by the best-selling author Diana Gabaldon. Likewise, the prequel about Jamie’s parents will also adapt a book that Diana is working on right now, along with book 10 of the Outlander series.

Outlander is currently in production on season 7, which will adapt Echo in the Bone and will begin adapting Written in my Own Heart’s Blood, the seventh and eighth books, respectively, of the Outlander series by Gabaldon.

Concerns Over Outlander’s Future
After the initial euphoria over the news of the Outlander prequel, some of the show’s fans can’t help but wonder if the creation of Outlander: Blood of My Blood is the beginning of the end for their favorite series. The creation of a spinoff doesn’t necessarily mean an imminent end to the original series, but there are recent precedents that are etched in the fans’ memory. Because of this, an Outlander prequel makes the question of the original show’s future unavoidable.

As mentioned, Outlander is currently in production for season 7, and, due to the early announcement of the show’s renewal for a season 7 — when the cast and crew were filming season 6 — and that season 7 will have, as happened with season 1, sixteen episodes instead of the usual twelve, along with some comments from the actors in various interviews that hinted that they’re interested in new professional challenges, fans already had suspicions that season 7 could be the last. The creation of Outlander: Blood of My Blood fueled these suspicions, and they became stronger than ever.

The concern for the future of Outlander is such that Matthew B. Roberts, producer of the show and its newly created prequel, in an attempt to calm the worried fans, wrote a message on his Twitter stating literally that “a beginning doesn’t mean an ending.”

Although this message managed to calm some fans, it didn’t fully achieve its goal, and the concern about what the prequel would mean for Outlander’s future remained latent in the fan community.

Outlander’s Ratings
One of the classic factors to measure the chances of a show being canceled is the ratings. In the case of Outlander, while season 4 is the third most watched of the show, season 5 started to run out of steam and is the second least watched, while season 6 is the least watched of the entire series. So it’s safe to say that Outlander’s ratings have been on a downward trend since season 4.

However, these are raw data, that is, without taking into account more factors than the numerical ones. If more factors are considered, the data begins to explain itself. Outlander seasons 4 and 5 take place in a period of transition for the Fraser family, as the story shifts from Scotland to North Carolina, and Claire, Jamie, and their family must settle in an unknown land. And while fans were able to watch season 4 with curiosity, it may not have met their expectations to keep watching a new season.

Another factor that gives perspective to Outlander’s ratings is the rejection of the sexual assaults shown repeatedly in the show. While fans also criticize this in Diana Gabaldon’s books, the show had the opportunity to do something different…and it didn’t.

In the end, the fans were aware that they had seen one assault per season, which could be a factor for some to decide not to continue watching season 5. But, above all, this could be a factor that influenced the drop in ratings of season 6, since the last episode of season 5 focused on the brutal and unnecessary assault of Claire.

Although, as far as season 6 is concerned, it should be noted that it is Outlander’s shortest season because it only has eight episodes. That is, it would be four episodes short of the usual twelve — the four more episodes than season 7 consists of. Therefore, there are fewer data when calculating the average audience for the season.

That said, society has changed over the years, and the way fans consume television has changed. So ratings are not as key a factor when it comes to canceling a show as they were a few years ago. The buzz generated in social media and the people who consume the show later — not live –, either on the Starz platform or on the various streaming platforms that offer Outlander in their catalog, as well as the international consumption of the show, are as important as ratings to measure the timely cancellation of a series.

And, given that Outlander is a show with a large and established international projection and many fans use the Starz platform to watch the show, everything seems to indicate that Outlander would continue to be profitable for the cable TV service, despite its cost and its live ratings.

Game of Thrones vs. Outlander
Outlander and Game of Thrones have neither the plot nor the characters in common, but they do have in common that both are adaptations of a literary saga whose books take time to be published.

In a scenario in which Outlander remains profitable for Starz, and if the cable TV service wants to adapt the entire show without waiting for the last Outlander series book to be published, the solution seems easy: get ahead of Diana Gabaldon’s books and adapt plots that have not yet been developed. That is, do the same thing that Game of Thrones did.

Diana Gabaldon published a few months ago, after a seven-year wait, the ninth book of the Outlander series, entitled Go Tell The Bees That I Am Gone. Given the time Gabaldon needs to write, it’s not unreasonable to think that Outlander will be hot on her heels in the television adaptation. And, in case Starz wants to adapt the entire story but doesn’t want to drag out the show too much, getting ahead of the books seems like the perfect solution.​​​​​​​

This possibility has been following Outlander for some time. However, Caitriona Balfe, who, apart from giving life to Claire Fraser, is one of the show’s producers, categorically ruled out this possibility in an interview with Digital Spy following the premiere of season 5.

In Balfe’s opinion, one of the problems of the Game of Thrones ending was that the show ran ahead of the books. So, in an attempt to prevent that from happening to Outlander, Balfe wanted to make it clear that there was no chance of the series moving ahead of the books under any circumstances.

Will Outlander Get Seasons 8 and 9?
After the possibility of the adaptation moving ahead of the books was ruled out by Caitriona Balfe, there are only two possibilities: Outlander adapts the entire story after the publication of Diana Gabaldon’s latest book, or they leave the adaptation unfinished, although with a good ending. Go Tell The Bees That I Am Gone, the ninth and penultimate book of the Outlander series, is a transition book. It opens plots for the last book in the saga and, therefore, doesn’t end with a closed ending.

So, if Starz decides to focus on Outlander: Blood of My Blood and not finish adapting Outlander, they would most likely end the story with the ending of Written in my Own Heart’s Blood, book 8 of the series and which concludes with a closed ending that, in case, could work as the end of the show. That would place the series in a hypothetical season 8.

However, Outlander: Blood of My Blood, being the story of Jamie’s parents, is destined to capture the attention of Outlander fans and, in turn, attract the attention of new fans. For this reason, Starz could use this prequel to be able to take the filming and the premiere of the new Outlander seasons more calmly.

In this way, the fans would not feel that too much time passes between one season and the next, nor would they lose interest. At the same time, they would get the necessary time for Diana Gabaldon to finish book 10 of the Outlander series and thus be able to adapt the entire Jamie and Claire’s love story, closing the adaptation with a flourish.

Time is the only one that will answer Outlander fans’ concerns, but in any case, the only thing certain is that the show will close its journey on Starz with an ending to match, whether or not it adapts the whole story.

My name is Damyan Ivanov and i was born in 1998 in Varna, Bulgaria. Graduated high school in 2016 and since then i'm working on wordpress news websites.
News, outlander, outlander prequel, Outlander: Blood of My Blood, TV Series