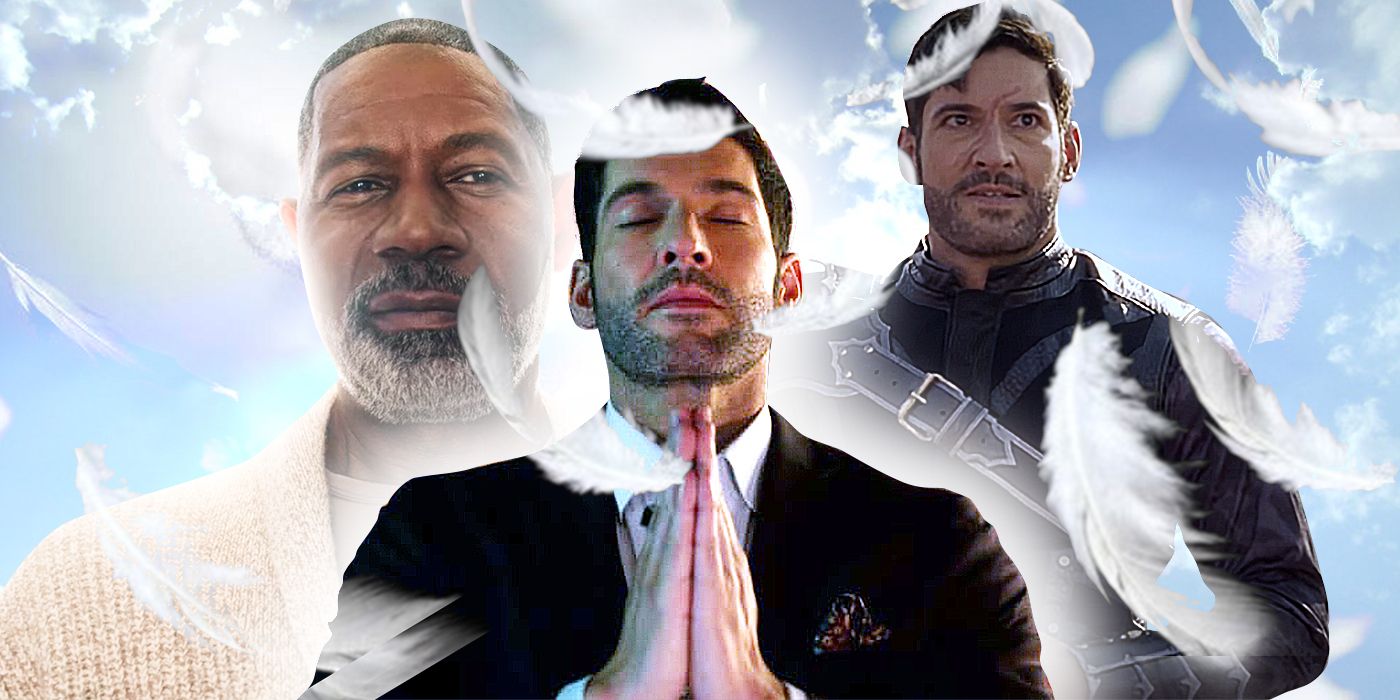 The much anticipated second half of “Lucifer” season 5 is inching closer to its premiere date, and fans are eager to learn what happened with the arrival of God during the epic 3-way battle between Lucifer (Tom Ellis), Michael and Amenadiel (D.B. Woodside).

As the trailer for Netflix’s “Lucifer” season 5 part 2 reveals, the squabble between the three angel brothers is put to an end when their father, God, played by Dennis Haysbert, appears to tell them he “hates to see them when they fight.”

God’s arrival leaves Michael’s evil master plans hanging by a thread. But the twin brother has another offer up for grabs, becoming the next God.

Amenadiel sees his father, God, in a new perspective

During an earlier interview from January 2021, showrunner Joe Henderson revealed that season 5 part 2 would explore an arc where both Lucifer and Amenadiel have “wildly different perspectives on the arrival of their father.”

The showrunner confirmed that Amenadiel’s new side as a father will continue to aid his decisions as well as his perspective on his own father, God.

In season 5 episode 8 – Amenadiel shockingly stops time after he begins to freak out due to Charlie’s fever. Michael continues to frighten Amenadiel even more with his manipulative antics by saying that Charlie’s fever is a sign that the baby is human.

It’s clear that Amenadiel is still confused and anxious about his new fatherhood. Fortunately, it seems the character’s development will be defined by his interactions with his own father:

“In 5b, a lot of Amenadiel’s arc is looking at his father from an entirely new perspective, as a fellow father. What would he do similarly? Differently? What did he wish his father did for him? And what are the things that in seeing his own father he realizes he needed to do to him at that time?”

Meanwhile, Lucifer seems to have issues with his relationship with God and the two spend time going through therapy sessions with Dr. Linda Martin, as shown in the trailer. But the almighty won’t be there to watch over the angelic sons for long, with his retirement looming large.

In the trailer, Lucifer makes his plans clear for taking over the role of God in the Silver City after his father’s retirement. But Michael is clearly hoping to beat him to it and is shown building his own alliance. ‘

On the bright side, Inbar Lavi will also return as Eve for the finale, but her prominence and exact purpose is still a mystery. It does look like Mazikeen will reunite with Eve by the end of the finale.

Nevertheless, the big showdown between Lucifer and Michael will take place in “Lucifer” season 5 part 2. But will it be one of these two who takes over God’s seat or will it be Amenadiel? Fans will find out when the series returns on May 28th, 2021 on Netflix.