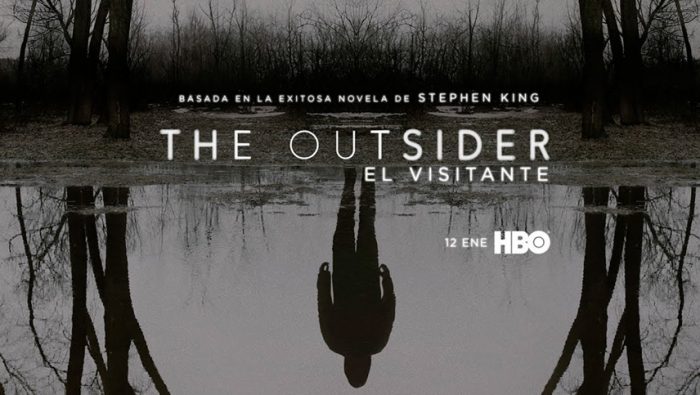 It’s funny. Put the words “slow” and “creepy” on your Tinder profile and absolutely no one will be swiping right (I found that out the hard way). But put them on a poster for a film or TV show and people will be falling over themselves to watch – especially if you switch out the word “slow” for “atmospheric” (again, not much use on Tinder).

Take HBO’s “The Outsider,” which is the most unsettling and unnerving thing you can currently see on your screens other than a televised Trump rally.

Sure, this 10-parter moves at the pace of an arthritic snail: When a character says of the killer that “it likes to linger,” they could just as easily be talking about the show itself. But that’s actually the beauty of “The Outsider,” which is haunting in the very best sense of the word.

Putting the “super” in supernatural, the show is HBO’s latest attempt to stop people from moving to small-town rural America – much like 2018’s “Sharp Objects” or season one of “True Detective” before it in 2014. (Seriously, is there any place away from the east or west coasts that doesn’t feature grisly killings as the main pastime?) Six episodes in, it’s shaping up to be worthy of comparison to those two great shows.

It’s an adaptation of Stephen King’s 2018 bestseller of the same name, but don’t be put off by the King brand if you’re not a horror fan. I am far from being a devotee – when I do see the occasional horror pic in the cinema, I always make sure to sit in the back row so no one sees me leap out of my seat at the mildest of jump scares. Luckily, “The Outsider” is more psychological thriller than horror (although I fear it will go all gory on us toward the end).

In fact, “paranormal procedural” might be the best description for the show. Our protagonist may gripe that he has “no tolerance for the unexplainable,” but that has never been King’s modus operandi. There are plenty of scenes here that are creepy enough to make you regret moving into that place overlooking the cemetery.

And while the show may open to the dulcet strains of a Mozart piano concerto, it is dominated thereafter by the most somber and edgy of soundscapes, which never lets you relax for a second. My eldest kid just passed her driving test, and it’s a toss-up what is proving more nerve-racking: “The Outsider” or being her passenger. 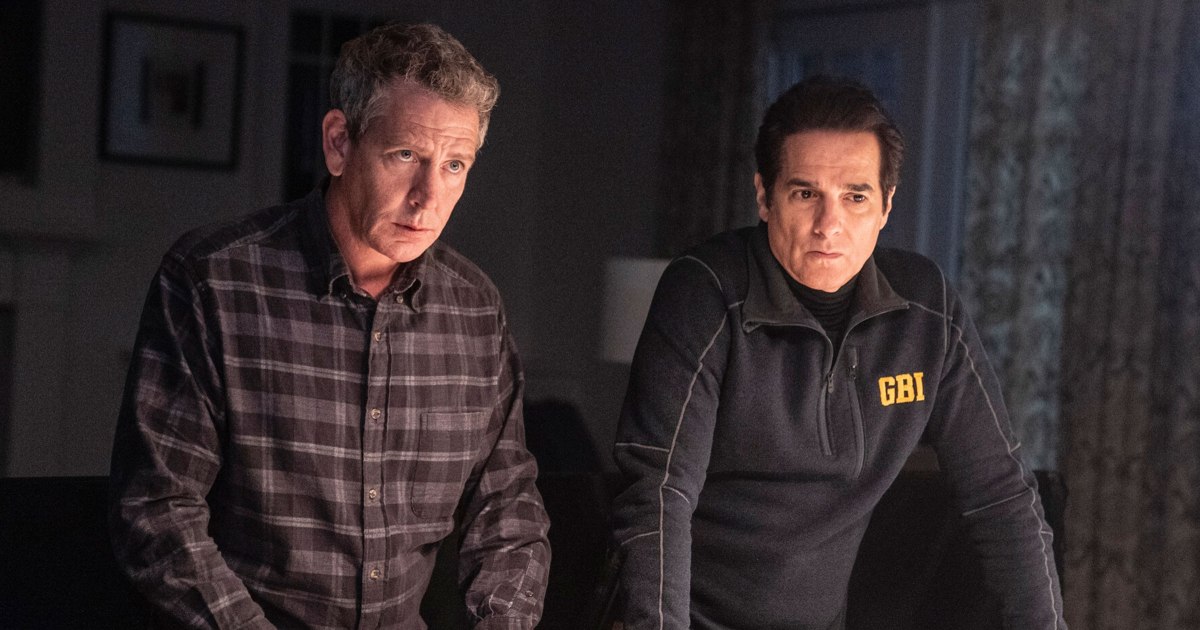 The show’s ostensible protagonist is Ralph Anderson (Ben Mendelsohn), a longtime lawman who is presented with what appears to be an open-and-shut case when the town’s little league baseball coach is arrested for brutally murdering a young boy in the woods. (And yes, as per my recent “Lincoln Rhyme” review about why I never wanted to own a dog, said corpse is found by a man walking his canine.) The coach’s DNA is all over the kid’s mutilated body, witnesses place him at the scene of the crime and he happily appears on surveillance cameras drenched in blood.

There are two problems, though: First, the coach is played by Jason Bateman, who is far too likeable a character in every role he has ever done to be a cold-blooded murderer here. And second, he happened to be 70 miles away at a schoolteachers’ conference on censorship when the actual murder took place.

The first two episodes are gripping enough, but things really take off with the introduction in episode three of private investigator Holly Gibney (Cynthia Erivo), who may be one of King’s most memorable female characters to date (and at least she’s not swinging a sledgehammer). Here is a PI who can accurately guess how tall a skyscraper is from a mere glance, yet can’t tell you how tall she herself is.

Erivo is fresh from an Oscar nomination for starring in the Harriet Tubman biopic and is soon to be seen as Aretha Franklin in the National Geographic series “Genius.” She certainly delivers an “All eyes on me” performance here as an obsessive-compulsive genius whose character immediately becomes the show’s driving force.

Before long, there is much talk of doppelgängers, fetches (the Irish equivalent of doppelgängers – to be sure, to be sure) and other mythical creatures with distinctly murderous habits, as Holly investigates previous child murders with the same puzzling problem at their core: How can someone have killed someone when they were miles away at the same time? It is not much of a spoiler to write that the answer lies with a mysterious figure in a hoodie who is forever lurking on the edge of frame. Be prepared to find out much more about Iberian folklore than you ever anticipated as the series progresses.

Of course, if you prefer, you could just use “The Outsider” as a Stephen King drinking game: Allow yourself a swig every time a young child stares hypnotically into the distance before suddenly shouting something creepy; another for when a flashback reveals our protagonist’s tortured past (allow yourself two swigs for scenes involving alcohol abuse); and another for when a scene takes place in a cemetery. (If you do indeed watch the show as a drinking game, make sure you have no plans to drive afterward – you’ll be wasted.)

Still, I would recommend watching the show in earnest, and marveling at King’s longevity as a writer. The 72-year-old has penned over 50 novels since “Carrie” was published in 1974 and is now seemingly in greater demand than résumé writers in Washington. It is almost as if everyone has forgotten how most of his works have flopped at movie theaters around the world across the past four decades (as recently as last year’s “Shining” sequel “Doctor Sleep” – although the two-part “It” proved the exception to the rule).

Or maybe that is why TV has now seemingly become the natural home for his novels, whose forest-demolishing page counts have always made great doorstops to ward off evil spirits. In addition to current or recent shows like “Mr. Mercedes” and “Castle Rock,” the next few years will also bring us “The Stand,” “The Institute,” “Jerusalem’s Lot” and even a TV adaptation of “Carrie” (to be fair, the book has already spawned three films and a 1988 Broadway musical with songs like “Out For Blood,” so perhaps the only mystery is what took so long to make a series out of it).

I wouldn’t be surprised, though, if “The Outsider” proves the classy outlier – which is another reason to tune in and be gently spooked. There are class acts wherever you look: The understated scripts by Richard Price (whose HBO CV includes “The Night Of” and episodes of “The Deuce”); the great British actor Paddy Considine, who barely features in the first few episodes as an ex-con working as a bouncer at a strip club – because, of course, this is the other thing people living in small towns do when they’re not finding bloody corpses in the woods; and Julianne Nicholson, quietly impressive as the coach’s wife.