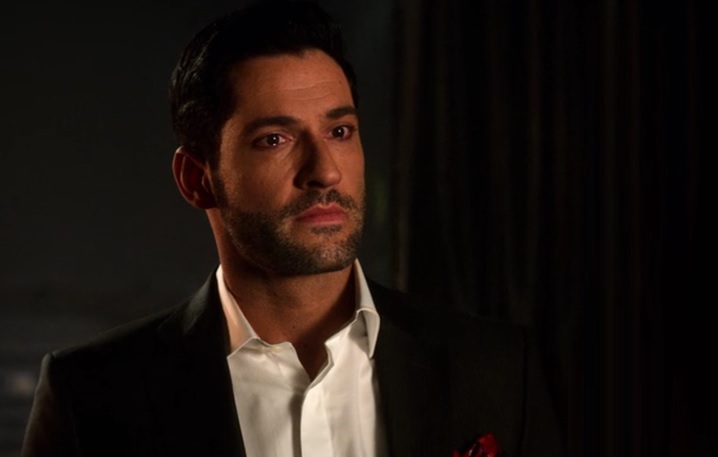 The first half of Lucifer Season 5 ramped up the action, drama, and mystery. And now that a certain celestial has dropped in, the plot will undoubtedly thicken in part two of the season. [Spoiler warning: The following article contains details about Lucifer Season 5.]

God showed up in ‘Lucifer’ Season 5A

Lucifer’s often mentioned but never seen Father made a divine entrance in the eighth episode of season 5. When the celestial siblings Luci, Amenadiel, and Michael come to blows, their dad appears in all his glory. Played by the incomparable Dennis Haysbert, the Creator is illuminated by a heavenly glow and draped in a pretty snazzy cardigan.

“Children, you know I hate it when you fight,” says the all-powerful deity to His squabbling sons. Alas, fans only got a quick glimpse of God in the final scene of season 5A. The writers left us with a doozy of a cliffhanger going into the second part of the season, which is slated to stream on Netflix in the coming months.

It is clear that fans have not seen the last of the Almighty. But the audience is left to ponder how He will fit into the narrative once Lucifer returns. We wager that the fallout from the events of season 5A will be Biblical. Pun intended.

Entertainment Tonight popped by the production set during the making of Lucifer’s first musical episode. While there, a couple of key cast members teased what to expect next from the Big Guy in the final eight episodes of season 5.

all this wing action tho 🔥 https://t.co/lnGcXr1Tap

According to Garcia, Lucifer will deliver some pretty juicy material by diving into Lucifer’s family dynamics. The actor teased, “You finally meet the guy who is making the Devil insecure for the first time ever. So, what’s so beautiful about His intro is that it’s a very relatable one.”

Garcia also noted that her character is still in the dark about Lucifer’s true nature, and therefore has no idea that his dad is actually God. “When [Lucifer’s] like, ‘This is my dad,’ I’m like, ‘Oh, adopted,’” said Garcia about Ella’s initial run-in with the Ancient of Days.

Lucifer will confront his daddy issues in season 5B

While on the set of the show, Entertainment Tonight scored some face time with Lucifer portrayer, Tom Ellis. The actor divulged that Luci will indeed face the truth about his father-son relationship with God in season 5B.

Ellis told Entertainment Tonight, “They have huge issues, huge unresolved issues. Well, Lucifer certainly does with Dad, and Dad seems to be pretending that nothing’s ever been wrong and whatever, which of course, winds Lucifer up. And he spends most of his time wanting his dad just to keep away from him. And then he has a sort of revelatory moment in this episode where he’s like maybe for the sake of other things in my life I should try getting along with my dad.”

Viewers can look forward to seeing how the story continues to unfold when Lucifer returns. Until then, fans can relive previous episodes now streaming on Netflix.