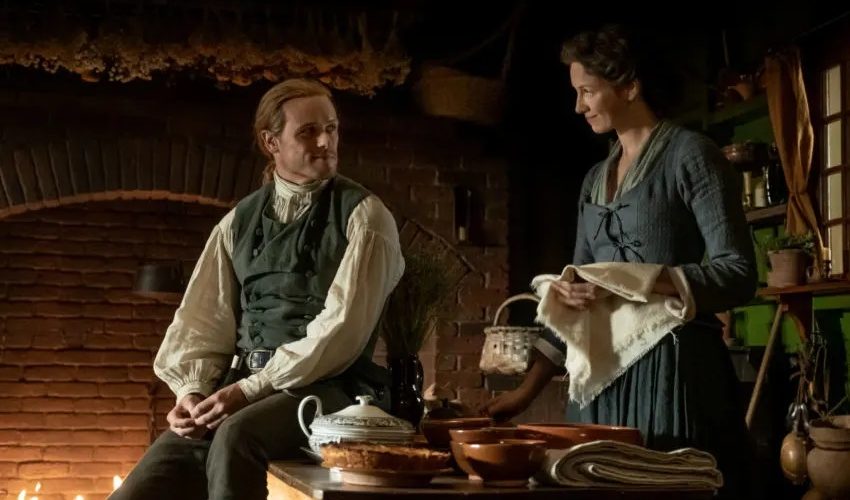 We know that there are talks happening about Outlander Season 8. When are we likely to hear if the show will be renewed or not?

There has been some good news recently. Diana Gabaldon shared that talks between STARZ and Sony are underway for Outlander Season 8. Now we just want to know how long it will take to get some answers about the show’s renewal status.

We have only just finished the sixth season. Production for Season 7 is underway. That doesn’t stop us looking ahead to see if there will be more to the TV story.

Will Outlander Season 8 happen at STARZ?
Things are still looking good for the series. While the live ratings took a dip, they’re not the most important ratings for the series. STARZ will look at the people who subscribe to the app and watch the series.

Shining Vale‘s recent renewal status gives us some good news. The series was much lower than Outlander in the live ratings but scored a second season renewal. This suggests the show has performed well on the app, giving us hope for other shows on STARZ.

We likely won’t hear about Outlander Season 8 for some time, though. The Season 7 renewal came through early partly due to the pandemic. It was clear that Droughtlander between Seasons 5 and 6 would be long. The best thing for STARZ to do was to renew the series early to ensure the next Droughtlander was shorter.

Now with Season 7 being 16 episodes instead of the usual 12, there’s a little more time for the premium cable network to make a decision. Of course, the network will also want to keep the next Droughtlander to a minimum. We could get a decision sometime in 2022, but early 2023 is more likely. Of course, we’d love for STARZ to make a decision sooner rather than later—and a positive decision at that!

My name is Damyan Ivanov and i was born in 1998 in Varna, Bulgaria. Graduated high school in 2016 and since then i'm working on wordpress news websites.
Caitriona Balfe, News, outlander, Outlander 8, Outlander Season 8, Sam Heughan, TV Series