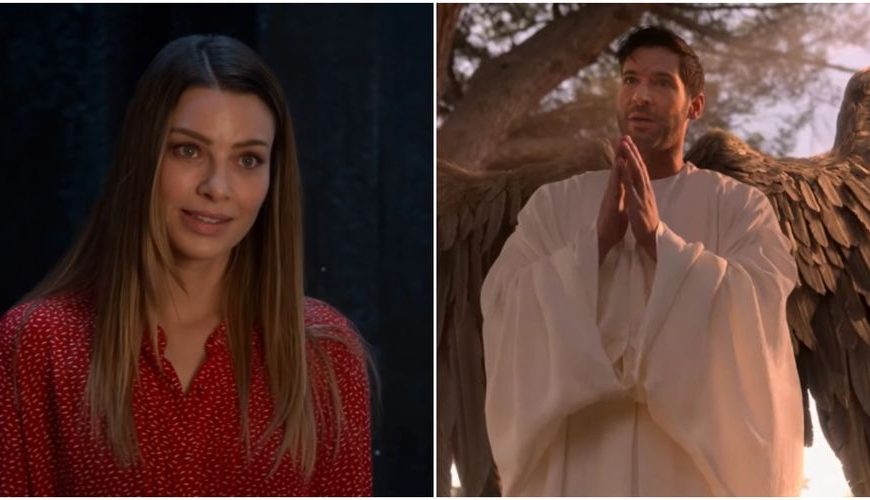 Lucifer’s finale is considered by fans to have mostly tied up the show’s plots and characters arcs neatly. Most of the remaining plot threads were knotted, and many of the characters got a satisfying denouement – even those not seen in some time, like Charlotte Richards.

That doesn’t mean everything is resolved forever, however. Within the show’s vast cosmic, biblical universe, there is still a wide array of potential, particularly as most of the characters are immortal or given an eternal afterlife. As such, some fans cannot help but have some questions about the characters, the universe, and more, even after the finale.

What Will The Demons Do?
In Lucifer, demons are reasonably content with their lot in life as the torturers of hell. Sent to aid Lucifer by their mother Lilith, they have turned their sadistic and amoral urges largely on causing the suffering of the damned souls doomed to suffer their worst guilts for all eternity.

The final major revelation in Lucifer is that the titular character was never intended to be a torturer, but a sort of therapist instead. Lucifer now speaks to the damned souls after they go through their loops and helps them make different choices to absolve themselves of their guilt. As these souls leave Hell, it is unclear what the demons – already shown to be fractious and rebellious – will do.

What Will Happen With God And Goddess?
After being last seen in the show in Season 2, God’s former wife, known as ‘Goddess,’ is briefly reintroduced to the story when God decides to reconcile with her and live in the new universe she has created. While it seems a happy ending, it may not be so clear-cut.

God and Goddess were once happily married in the past. Still, the relationship broke down largely of its own accord once God created humanity – resulting in Goddess being confined to Hell. As such, some fans are left wondering whether the same thing will happen, just continuing an unhappy cycle across different universes.

Can Lucifer And Chloe Remain Happy?
The finale manages to turn a character’s death into a happy final scene. After dying of old age – at the end of a long and fulfilled life – Chloe goes to the Afterlife. As she is not burdened by guilt, Amenadiel has to bend the rules to allow her into Hell. Now Chloe can be with Lucifer – currently a benevolent warden – for eternity.

Much of the show’s drama came from the friction between Lucifer and Chloe and their will-they-won’t-they romance. While there is no doubting their love for one another or that much of their drama came from external causes, they were both more than capable of angering the other by themselves. With a whole eternity before them, fans can only hope they won’t drive another wedge between themselves.

Why Did Hell Stop Needing A Warden?
Prior to Lucifer’s realization of his true purpose, he returns to Earth briefly to deal with Michael’s impersonation of him after a thousand years of returning to act as King of Hell. Once there, however, he is informed that he can stay because ‘Hell no longer needs a warden.’

Given that Lucifer only returned to appease his demons, and not because of any cosmic laws, it is unclear what could have possibly changed to ensure that Hell didn’t need a warden. It is one of the few questions explicitly raised by the show that goes completely unanswered. However, it is essential to Lucifer’s development and achievements in Seasons 5 and 6.

What Will Charlie’s Life Be Like?
Prior to the events of Lucifer, there are no nephilim – half-angel, half-human – in existence. Instead, the beings are viewed as an impossibility. Chloe’s brief gaining of powers and Amenadiel’s time as a human allows for two such children to be born – Chloe and Lucifer’s Rory and Amenadiel and Linda’s Charlie.

The audience has some idea of Rory’s life, but Charlie’s is much less clear, with only token mentions. Every Angel seen in the show has a set purpose within Heaven to occupy their immortality, but the same is not true of Charlie. As such, there is a world of possibilities for him.

How Will Maze React To Eve’s Death?
One of the major relationships in the show’s back half is that of the demon Mazikeen and the Biblical Eve. Although she returns to Earth to find Lucifer, she ends up falling in love with Mazikeen, and the two get married despite some struggles.

One of those struggles is that Mazikeen, as a demon, wants Eve to become immortal to stay with her forever. Eve doesn’t want to. While they are able to reconcile this, and despite Maze obtaining a soul, it is still suggested that she is immortal and Eve is not. As such, the question remains of how Maze – who struggles with abandonment – will handle it when Eve dies.

What Does Rory Do After Forgiving Lucifer?
The main plotline of Season 6 involves Lucifer attempting to reconcile with his daughter from the future after his future self vanished before her birth and left her to be raised alone. He eventually does so by saving her life in the finale and talking her down from becoming like the Devil herself.

As Rory’s life was primarily dedicated – after her mother’s death – to getting revenge on Lucifer, it leaves her eternal future open. As she can travel between Earth, Heaven, and Hell, she simply may join her family, but fans are given no indication of such.

Is Michael Capable Of Redemption?
The Archangel Michael, introduced in the fifth season of Lucifer, is one of the most detestable villains in the entire show. He spends millennia isolating God and Lucifer to ensure that, when the time is right, he is able to take control of Heaven and sets out to ruin Lucifer’s life just out of petty spite.

After their final showdown, Lucifer leaves his brother alive, severing his wings and leaving him to serve in Heaven instead. It is suggested that Lucifer thinks Michael may be able to redeem himself and that this is a potential plotline, but nothing ever comes of it. Michael’s role after that is perfunctory at best, and the show ends with the question hanging.

How Will Amenadiel Handle His Role As God?
Amenadiel undergoes some of the greatest amounts of character development of anybody in Lucifer, rivaled only by Mazikeen and Lucifer himself. He goes from an antagonistic and devout figure to one who eventually is worthy of the position of God.

Although Amenadiel is one of the show’s most moral and respected characters, his time as God may still have difficulties. He is fallible despite his wisdom, and the heavenly host is shown to better resemble an army of bickering siblings with their own agendas. As such, there may be countless struggles the audience is not privy to.

Can Chloe See Her Friends In The Afterlife?
Although the primary relationship of the show is between Lucifer and Chloe Decker, the show chronicles an entire group of friends. The whole group grows close to one another through their association with Lucifer and the events they all witness. These friendships become a surrogate family for Chloe until the end of her life, noted to all help her raise her second daughter, Rory.

When Chloe dies, she voluntarily goes to Hell to be with Lucifer. The show’s events suggest that the other characters are likely to go to Heaven, whether they live there or reach it as an Afterlife. As such, it is left unclear whether Chloe can go between Heaven and Hell or if she is cut off from her other loved ones forever.

My name is Damyan Ivanov and i was born in 1998 in Varna, Bulgaria. Graduated high school in 2016 and since then i'm working on wordpress news websites.
Lucifer, News, TV Series