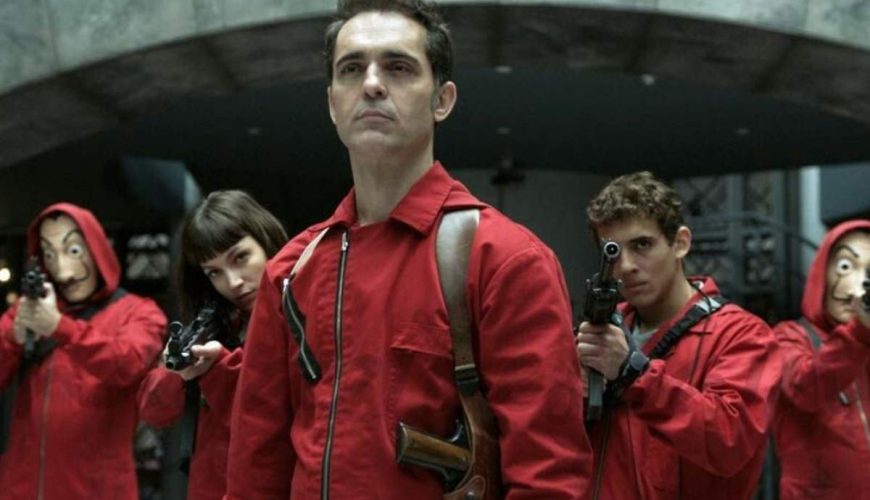 The Spanish drama Money Heist (La Casa de Papel) has become one of the biggest shows on Netflix. Over the past four years, the crime drama has captivated viewers with its countless twists and turns. As the series enters its fifth and final season, fans want to know how the story will end. Before audiences say a final goodbye to the crime series, here are five things fans might not know about Money Heist.

Tokyo wasn’t supposed to be the narrator in ‘Money Heist’
Money Heist fans couldn’t imagine anyone else but Tokyo (played by Úrsula Corberó) narrating the story. Throughout the series, Tokyo tells the story from her perspective. But, according to the Spanish publication El Mundo, the money heist thief wasn’t intended to be the show’s narrator. Initially, the show’s producers wanted The Professor (Álvaro Morte) to narrate the series. But, they decided it would be too selfish for the heist leader to tell the story. So, the producers felt a female voice would work better for the narrative.

The Spanish drama originally had a different name
In the Spanish language, La Casa de Papel translates to “The House of Paper.” However, the Netflix series almost had a completely different name. According to Cosmopolitan, Los Desahuciados was the show’s original title, meaning “The Outcasts” in English. Eventually, the creators decided La Casa de Papel fits the theme of the show. Since the story starts at the Royal Mint in Spain, where the money is printed, the title change makes sense.

Netflix saved ‘Money Heist’ from cancellation
In 2017, La Casa de Papel premiered on the Spanish channel Antena 3. According to Decider, the first episode was a big hit with audiences. But, as the season went on, the views plummeted. The cast and creators accepted the fact that the series may not make it past season one. When Netflix picked up the show, the streaming service retitled it Money Heist. Despite little advertising, the Spanish drama has become one of the most popular shows on the platform.

The show films in 300 locations in seven countries
Even though the series takes place in Madrid, scenes are filmed around the world. The Netflix series films in multiple locations outside of Spain. Also, the shooting for the show has taken place in Denmark, Thailand, Italy, Panama, Portugal, and the United Kingdom.

“Making costumes for Money Heist is fantastic because each character is different. Dressing all the characters individually and as a group, with the iconic red jumpsuits they use in the heist, has been a huge challenge. That was an idea that came from the initial script by Álex Pina,” he explained.

My name is Damyan Ivanov and i was born in 1998 in Varna, Bulgaria. Graduated high school in 2016 and since then i'm working on wordpress news websites.
La casa de papel, Money Heist, TV Series