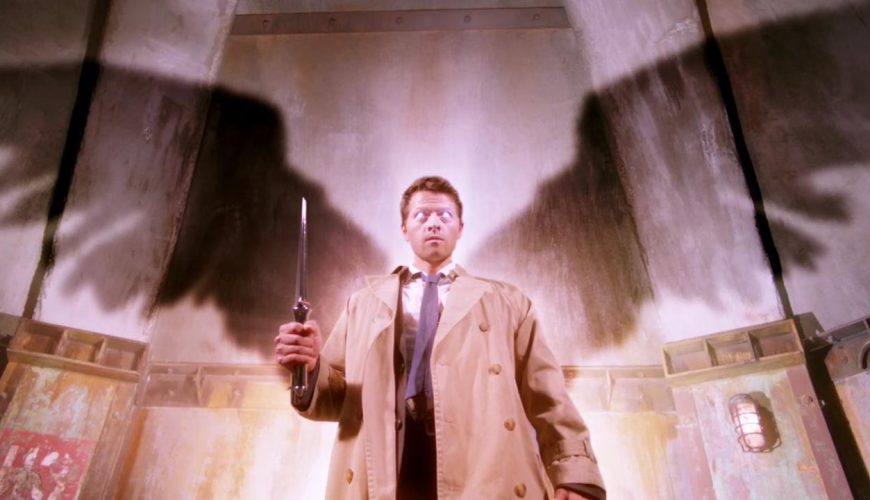 In season 4 of Supernatural, the passionate fandom was introduced to Castiel, a special type of angel who had an epic introduction into the show and quickly became one of the best, most beloved parts of the show. Most of the time, Castiel had the best of intentions, trying to help the Winchesters, help heaven, and help humankind, as he was a hero like the other members of Team Free Will.

Hero – Trying To Bring Heaven Together

When the angels were cast from Heaven by Metatron, so many of them were lost; they needed leadership, someone to follow, a cause to believe in, and Castiel offered it to them.

Whereas other angels had tried to capitalize on what had happened, and Metatron was trying to retain his God-adjacent status, Castiel tried to rally the angels together to take back Heaven, defeat Metatron, to take them back home. It was a rocky road, and even though they all left him at one point, Castiel did help bring normality back for the angels.

It is definitely odd to think about the fact he killed a Nephilim only a couple of years before he pretty much fathered one in Jack Kline. Despite a lot of initial hesitation and fear, Castiel saw how good Jack could be and decided to help Jack and Kelly.

Castiel kept Kelly on the move, hiding her, protecting her, and making sure Jack would be born healthy, not being hunted. Castiel saw the good in Jack before he was even born and decided to save his life along with Kelly’s because of it.

While Castiel was quickly beloved by fans, he did spend a lot of his debut season on the side of the angels, who were far from likable and were just another villain on the level of the demons.

Thankfully, though, when Zachariah and the angels trapped Dean to stop him from stopping Sam from killing Lilith and unleashing Lucifer, Castiel banished Zachariah. He joined Dean, helped him save Sam, and through season 5, he was another member of Team Free Will.

Hero – Sacrificing Himself for Jack

The relationship between Castiel and Jack is pretty great to watch for fans, and Cas undoubtedly holds Jack, who is essentially his adopted son, in such a special place in his heart.

When Jack died of illness in season 14, it was heartbreaking for everyone, but was made even worse by the fact the Shadow was trying to take him from Heaven and claim him for the Empty. That was when Castiel stepped in and struck a deal for Jack’s life, which would see the Shadow eventually take Castiel when Castiel had reached true happiness.

Hero – Sacrificing Himself For Dean

As mentioned earlier, Castiel made a deal with the Shadow that he would be taken to the Empty when he had found true happiness. In “Despair,” that happiness finally got revealed; Dean Winchester.

Looking like they had no escape from Billie, Castiel realizes that the Shadow could take Billie and so summons the entity. He then proceeds to heartbreakingly confess his adoration, his respect, and his love for Dean, telling Dean to flat out that he loves him in one of the most emotional Supernatural scenes ever. This triggers Castiel’s true happiness, and he is taken by the Shadow to the Empty alongside Billie, saving Dean.

My name is Damyan Ivanov and i was born in 1998 in Varna, Bulgaria. Graduated high school in 2016 and since then i'm working on wordpress news websites.
castiel, hero, Misha Collins, Supernatural