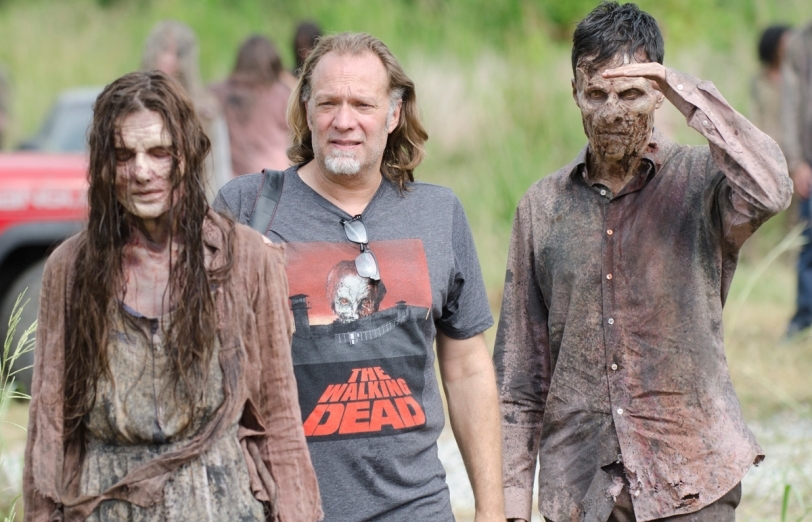 The actress departed from The Walking Dead back in season seven, though went on to star as the lead in Star Trek: Discovery immediately afterwards.

Former The Walking Dead star Sonequa Martin-Green has admitted she would be interested in returning to her role as Sasha.

However, with the announcement of anthology series Tales of the Walking Dead, which will delve into some of the backstories of some of the series’ most popular characters, there’s no doubt that Sasha could be prime for a revisit.

Well, it seems she’s definitely keen on the idea, the actress telling EW Live: “I’d love it. I’d loooooove it. I love Sasha. I love The Walking Dead. That was my family before this family.

“What a blessing, by the way, that I’ve been able to be in two situations back to back that were so familiar that have such reach. I would love to. That would be so much fun.”

The actress went on to muse that it “would be interesting” to explore Sasha’s origin, admitting: “I was always interested in backstory. Of course, I am as an actor with every character that I play.

“But as the years went on as Sasha, I was finding so much joy in developing so much backstory that no one would ever know.

“That’s one of the great things about being an actor in TV, is that you get to build so much life over the years and over the seasons.”

During the chat, Martin-Green also revealed that she herself came up with Sasha’s pre-apocalypse profession of firefighter.

“I remember when I decided that I was a firefighter and then built all those memories for myself,” she recalled. “But then that started to become part of the conversation. And it was nice.

“It was nice to be able to create in the privacy of your own home in your own little bubble and then have that become a part of the public conversation. That was really cool to see. So, yeah, that would be great.”