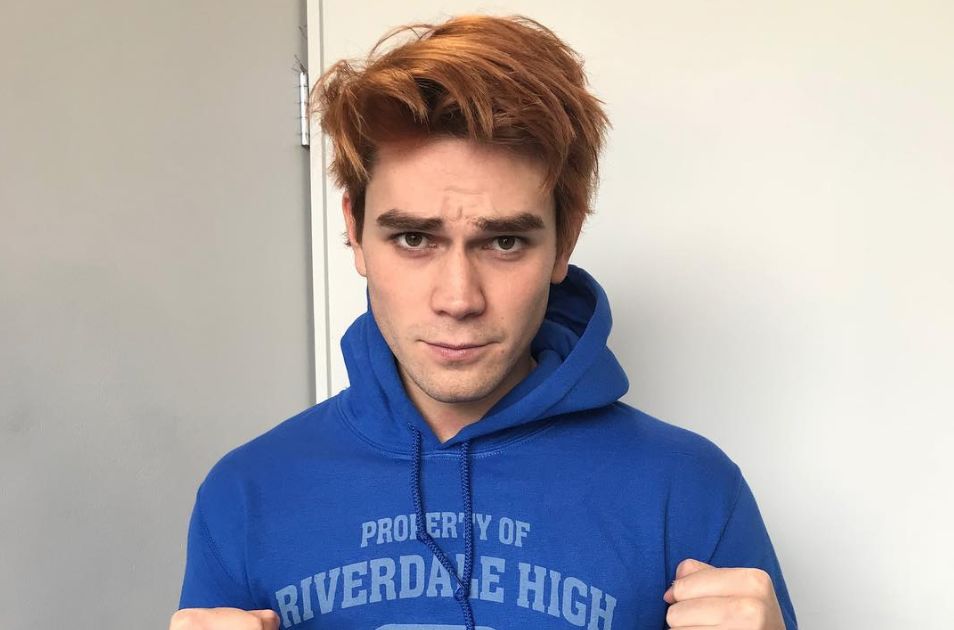 The Riverdale star was recently spotted heading to a recording session in Vancouver, Canada on Monday with his big guitar case on his back.

He appeared himself deep in thought as he made his way down the street, dressed inconspicuously in all black sweats.

You can find the photo below: 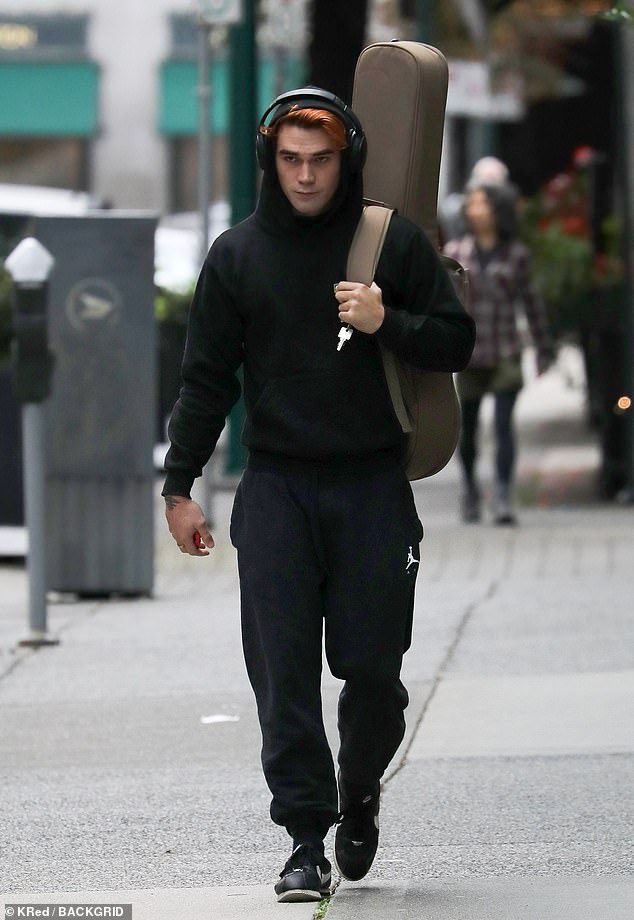 KJ also wore giant headphones over his hood, and at one point he looked to be speaking into his phone to make a voice recording.