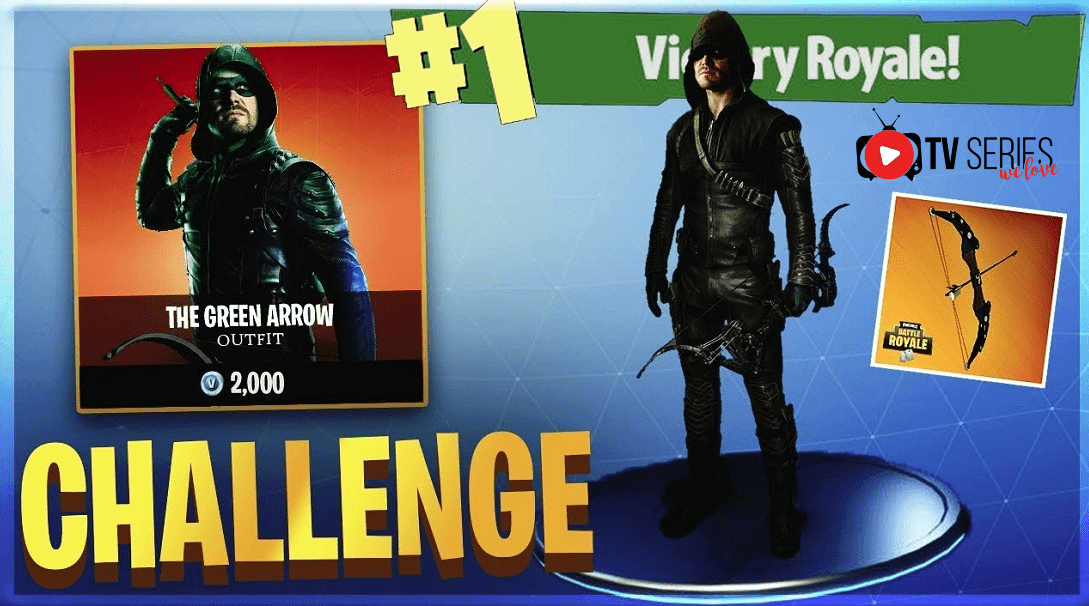 Stephen Amell’s run as the star of Arrow may have come to an end with the series finale of the show that started a whole superhero universe on The CW, but he’ll always be associated with DC’s Green Arrow. In fact, the Green Arrow who is soon making his Fortnite debut was clearly modeled on Amell’s incarnation of the superhero, complete with the hood. Amell apparently only has one thought about Green Arrow as yet another comic character coming to Fortnite, and Arrow fans might be surprised.

The Green Arrow from the pages of DC Comics sports an iconic goatee, to the point that there were calls for Stephen Amell’s Oliver Queen to ditch the scruff on Arrow and go for the full goatee. Considering some of Amell’s past comments about the Green Arrow goatee, fans might be surprised to see his thought about the Fortnite Green Arrow. The closest that Oliver got to a comics-esque goatee in the Arrowverse actually happened in a flash-forward on Legends of Tomorrow.

That said, Stephen Amell did change his tune about the goatee toward the end of Arrow, and his version of Oliver sported the look (although less cartoonishly than in some comics) during his time in prison back in Season 7. That said, Oliver didn’t stay in prison in the long run, and he didn’t keep the facial hair. The Fortnite Green Arrow overall looks a lot like Amell’s superhero suit from the eighth and final season. Take a look:

Never let the city down 🏹

Although the Green Arrow from DC Comics and some animated projects is often blonder with exposed arms and the big goatee, Stephen Amell is almost certainly the best-known live-action version of the character. A different Oliver appeared on Smallville, played by future This Is Us actor Justin Hartley, but it makes sense that the Fortnite Emerald Archer is modeled after the actor that most people probably associate with the Green Arrow character.

So, what should you expect of Fortnite’s Green Arrow, other than the fact that he looks like a goatee-free Stephen Amell? According to Epic Games, expert archer Green Arrow is joining the Fortnite Crew for January’s Pack. The Fortnite Green Arrow features the Boxing Glove Pickaxe and Tactical Quiver Back Bling plus Style. As somebody who watched all eight seasons of Arrow, I feel comfortable saying that the Arrowverse’s Oliver Queen didn’t wield those weapons.

If you want to watch (or rewatch) Stephen Amell’s run as Green Arrow, you can find all eight seasons of Arrow streaming on Netflix now. The Arrowverse (as it is currently commonly known) has continued even beyond the end of Arrow in early 2020, and could get even larger in 2021 despite the upcoming end of Supergirl. Stay tuned to CinemaBlend for the biggest superhero news, and don’t forget to check out our 2021 winter and spring premiere guide for when your superhero options will be back on TV.