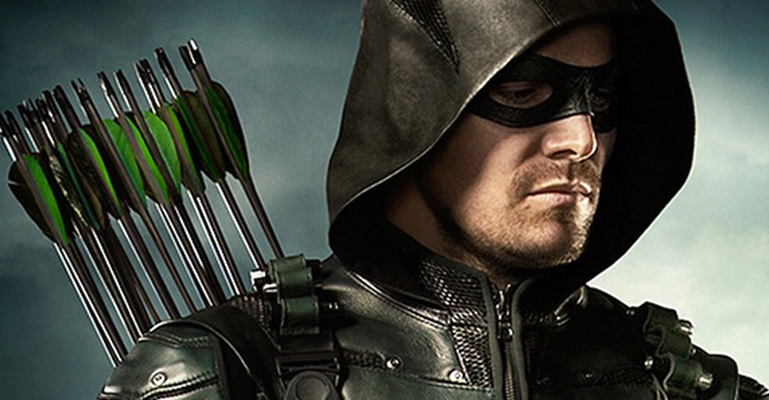 In “Reset,” the latest episode of Arrow, Oliver Queen learned a very important lesson. After getting stuck in a time loop where he witnessed Quentin Lance get killed again and again, he realized there are some things he just can’t change — including his fate. Once he came to accept that, the Monitor transported him to Lian Yu, where he will face his final challenge before “Crisis on Infinite Earths” begins.

When he realized the point of this time loop exercise, Lyla greeted him and congratulated him on passing the test. “I couldn’t change Quentin’s fate. I can’t change mine either, can I?” he pointed out, then demanded, “Why did the Monitor go through all of this trouble just to prove a point?”

“You’ve always been a man who needed to see things for himself,” Lyla replied. “Telling you wouldn’t have been enough.”

She revealed she had been working with the Monitor “for a while” and that keeping it from her husband, John Diggle, was “the hardest thing I’ve ever had to do.” However, she did it for “the same reason you left Felicity and Mia in that cabin: to protect my family.” She failed to provide any further details about that or what’s coming, but she did confirm that all of his missions have served a purpose for the coming crisis.

Eventually, the conversation circled back to his children, who arrived in the present timeline as adults from the future. “Why did he involve my children?” he asked, to which Lyla said, “Time is a gift.”

With that, Lyla sent Oliver on “his final mission.” He woke up in a cot next to Laurel. He explained how and why they had gotten out of the loop, revealing that her final moments with Quentin were “a reward for not betraying me.”

“We were wrong about [The Monitor],” he continued and agreed that Lyla had been right all along. “Deep down, I still believed that I could fight my fate. Now, I know I can’t.”

“Lyla said we had one last thing to do, one final mission,” he said, leading her to the tent entrance. He exited the tent, stepping onto the beach of Lian Yu, the place where the series began. Mia, William, Connor and Diggle soon joined them, and they looked out over the water to await their final task.

According to the synopsis for “Purgatory,” next week’s episode,