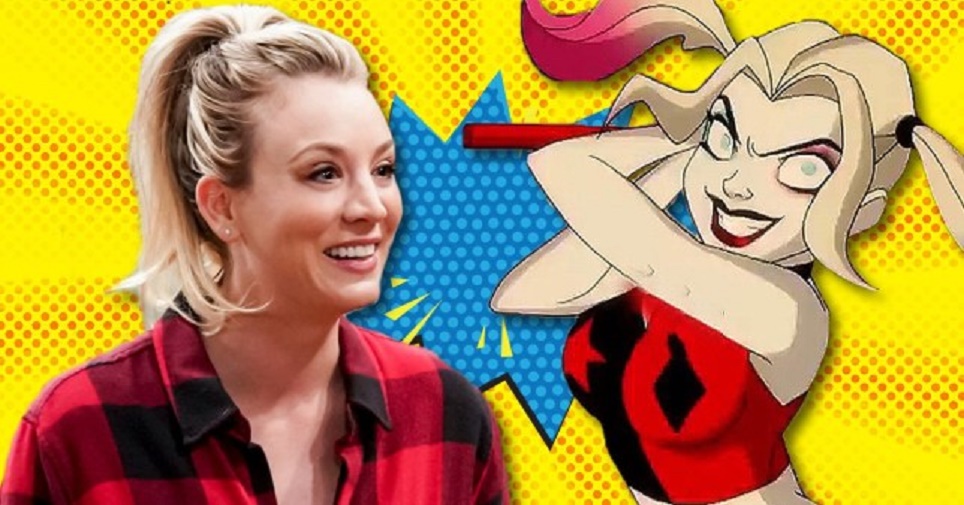 The Big Bang Theory legend Kaley Cuoco has well and truly parted ways with Penny and has firmly stepped into the title role of the hotly-anticipated Harley Quinn TV show.

According to one of the Harley Quinn showrunners, the 33-year-old actress dived right into her fiery new role after the infamous sitcom ended earlier this year and welcomed stepping out of her comfort zone.

Metro.co.uk exclusively caught up with executive producer Justin Halpern about how Kaley ended up bagging the role of the badass DC villain we all know and love, as well as how she got on behind-the-scenes.

‘We were thinking who should play Harley and the president of Warner Brothers called us one day and was like, “What about Kaley?”,’ Justin spilled.

‘We hadn’t really thought about it because she’s always just been Penny on The Big Bang Theory and so we were like, “We love her but let’s just talk about it,” and we talked to her about it and she just completely got it.’

Kaley’s new character is world’s away from Penny, with the foul-mouthed first trailer proving the actress had certainly buried her sitcom alter ego.

Talking about how Kaley first reacted to the expletive-laden scripts, Justin recalled: ‘She was excited about it. She was definitely like, “Woah, you guys really went for it”, which she definitely, really loved.

‘The first line that Harley says in the show is, “Listen up, you pieces of sh**”, and I think from that first line, Kaley was like, “Okay, I’m on board.”‘

According to Justin, Kaley jumped straight into the role of Harley and wasn’t afraid to go ham and let loose.

‘It was quite different [role from The Big Bang Theory] but that’s what excited her about it,’ he told us. ‘We work with a lot of great actors, but also there are a lot of actors out there who they don’t want to try anything that might make them look silly, but Kaley would.

‘I think it’s the self-confidence that comes with someone who’s been on a successful TV series her entire life, she was like, “Let’s try it” and then when she’d try something and it didn’t work, she’d go back and do it again.

‘She just has this great attitude of, “I just want this thing to be as good as it can possibly be and I’ll do whatever is necessary to make it that way.”‘

Sounds like Kaley is thriving in her new role and we can’t wait to see her in action.

Harley Quinn is set to premiere on DC Universe on Friday 29 November.