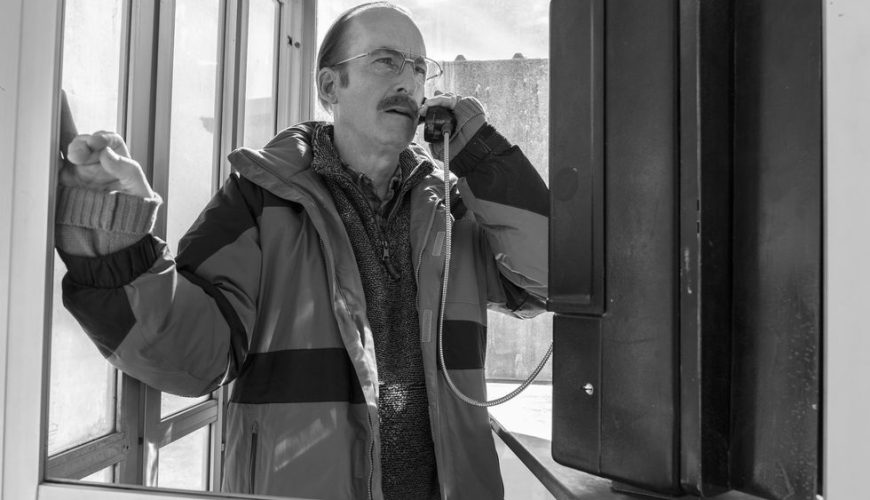 Better Call Saul wasn’t going to have an episode called ‘Breaking Bad’ without loads of crossovers with its parent series, and the show delivered much more than just appearances from Bryan Cranston’s Walter White and Aaron Paul’s Jesse Pinkman.

In between all the jumping between 2008 and 2010, and between scenes in colour and black and white, we learnt what happened to a fan-favourite character who appeared across shows: Huell Babineaux.

Saul Goodman’s bodyguard was, as far as chronology goes, last seen in a DEA safe house (in Breaking Bad season 5’s 13th episode, ‘To’hajiilee’) where Hank Schrader and Steven Gomez tricked him into telling them about Walt’s money, before leaving him there.

But as we learned in this episode from Saul’s secretary Francesca Liddy, Huell was released from the safe house as he was being held under false pretences. After that, he returned to New Orleans.

Speaking about why they went for this ending for Huell, Saul boss Tom Schnauz told Entertainment Weekly: “It was weird. I feel like I wanted somebody from the universe to get away and kind of be happy.

“They had set Huell up with the fake photograph and they lied to him about the circumstances, so he felt like the easiest one to be able to walk away from all this.”

Not every character had their ultimate fate revealed, however. Francesca mentioned that she doesn’t know what happened to Patrick Kuby and Ira, while Saul asked about another character whose identity seemed quite vague, but Schnauz was on hand to reveal who it’s meant to be.

“We mentioned Danny, who in my head was always Mark Proksch’s character, Daniel Wormald, as the guy who ran the laser tag,” he explained. “I always imagined he was going to be the Danny. We just never figured out a way to work it back into the series.”

Better Call Saul airs on AMC in the US and on Netflix in the UK.