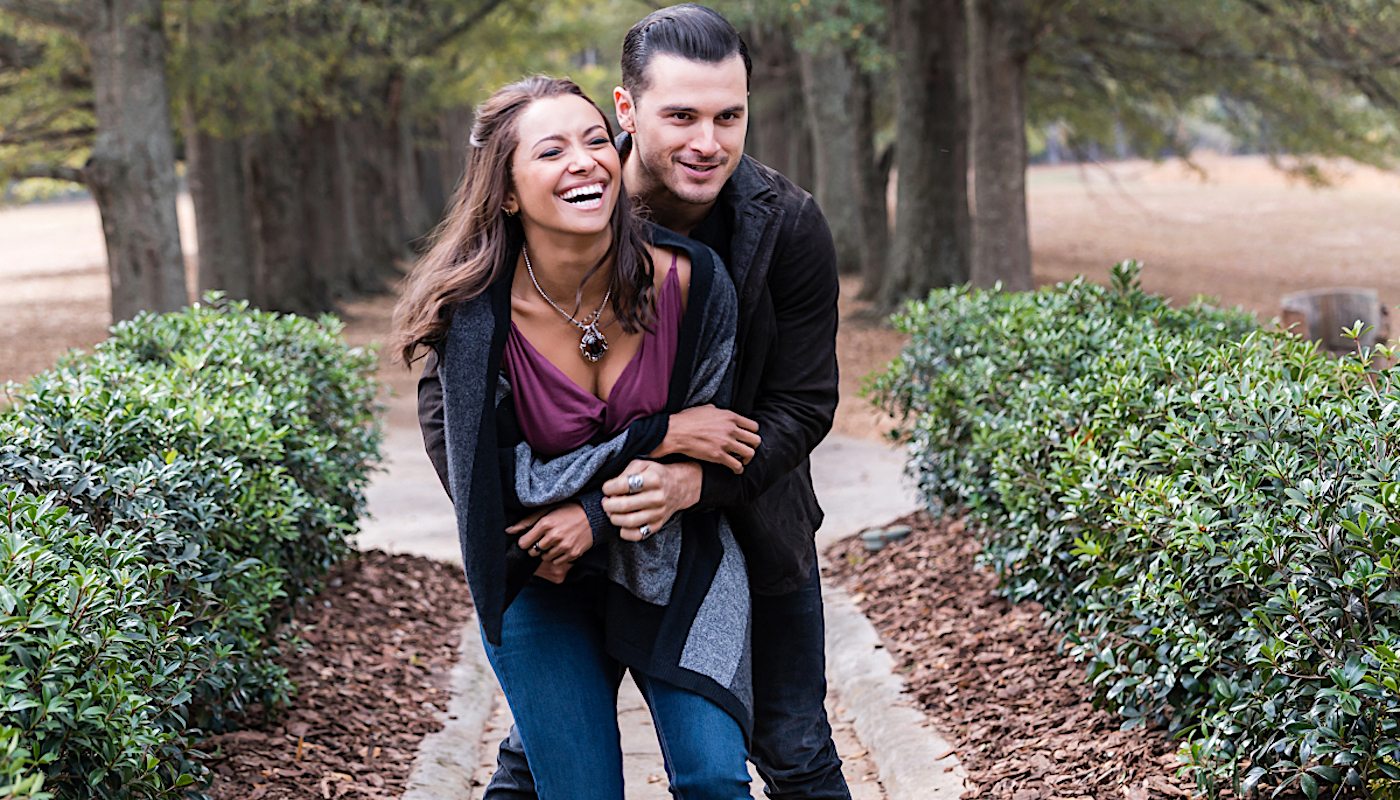 There’s already a long list of The Vampire Diaries and The Originals stars who’ve shown up on Legacies. Since Bonnie Bennett (Kat Graham) was just name-dropped in connection to Kai Parker’s (Chris Wood) return in Legacies Season 2, is there hope to see Aunt Bonnie back in Mystic Falls? Not sure about that, but it does sound like her late love Lorenzo “Enzo” St. John (Michael Malarkey) might be willing to return.

So many fans wanted a happier ending for Bonnie and Enzo. In The Vampire Diaries’ series finale, Bonnie prepared to leave Mystic Falls and travel the world. Enzo, already dead thanks but no thanks to Stefan Salvatore, was shown to be watching over Bonnie — and reminding her not to forget her passport.

Fast-forward to the spinoff series Legacies and I can imagine Bonnie might be ready to come home from her travels. I don’t know how Kat Graham feels about returning to the character of Bonnie Bennett at this point in 2020, but Enzo actor Michael Malarkey just left the door open for an Enzo appearance on Legacies:

Sure. Call me. I’d come in and do that, play with my old friends. I mean, Atlanta’s a great city. I absolutely loved living there and working with that team down there. It was a special time in my life, so I wish them all the best.

That’s what Michael Malarkey told ET while promoting Project Blue Book Season 2. He knows The Vampire Diaries put him on the map, as he put it to EW back in 2017 during The CW show’s final season:

I feel like Enzo has gone through so many shifts and changes. I’ve had the opportunity to play really high highs and really low lows. It’s been a super fun character to play. I almost left the show in Season 5. I had an episode arc, and I was a guest at the time and had another offer and decided that my business with Enzo wasn’t done and my time here with this family wasn’t done. It just felt right to stay, and it’s been immensely rewarding. […] This show has put me on the map. I hadn’t worked in the states until I’d done this show. It’s given me an amazing platform for everything else I’m going to be doing in the future. The fans of this show are so diehard….

It’s clear Michael Malarkey appreciates The Vampire Diaries fandom and loved playing Enzo. Many TVD fans followed the show to Legacies, but the joint spinoff with The Originals has also picked up brand new fans. They may not be familiar with Enzo or Bonnie, but I suspect they’d love the love story.

I can’t really imagine Enzo appearing on Legacies without Bonnie, but I can absolutely picture Bonnie appearing with or without Enzo. Bonnie is one of the characters Julie Plec wants on Legacies too. Bonnie was/is close to Caroline Forbes — who has yet to appear on Legacies because actress Candice King isn’t ready to reprise the character. However, witch Bonnie was also close to Caroline’s twin daughters, who are teens now at the Salvatore School. In fact, on The Vampire Diaries, Bonnie worked with young Lizzie and Josie Saltzman to trap their evil uncle Kai in his current Prison World.

Well, Kai is coming back, and he’ll first appear in Legacies Season 2, Episode 12, airing this coming Thursday February 6. The twins don’t remember him, but Bonnie would, so it would make sense to hear from her or at least about her. And through her, Enzo?

Back in 2018, Kat Graham was not interested in playing Bonnie Bennett again. As she said during the summer TCA press tour (via TV Guide):

Anything is possible, but I will say I spent eight years playing this character and I said to my fans last year when we got the Teen Choice Award that I felt like that chapter is closed. I say that with absolute gratitude and appreciation, but I don’t feel like reprising a character that was almost 10 years of my life. I’m very grateful, but I’m not interested.

Fair enough. But that was two years ago. Time can change people’s minds and make the heart grow fonder. Besides, Bonnie’s story was just beginning in The Vampire Diaries finale. She was ready to live her life and travel, but after that … ? I could see her returning to The Vampire Diaries Universe before Enzo, but since Michael Malarkey is willing to show up, there are ways Enzo could appear even without Bonnie. After all, death means very little in this supernatural world. People can come back all the time. Even if they stay dead, you can visit them in alternate dimensions or hear about them on the other side.

What do you think about Enzo on Legacies? It’s just an open door at this point, there doesn’t seem to be a plan for him to return. But could you see it happen? Even without Bonnie or only if Bonnie came back too?

While you give that some thought, check out Michael Malarkey on Project Blue Book Season 2 Tuesdays at 10 p.m. on History, and watch Legacies Season 2 as it continues Thursdays at 9 p.m. on The CW.