‘The Sleepover’ and ‘Pitch Perfect 3’ director Trish Sie is helming the film, while Whit Anderson wrote the script. Anderson has written other successful shows such as ‘Ozark’ and Marvel’s ‘Daredevil.’

With an A-list cast and top-notch producers, ‘Players’ has a great potential of becoming Netflix’s next top-performing Original.

‘Players’ is still in the middle stages of production as of this writing, but we will be keeping track of its latest development.

Here are all the latest important updates about the film so far.

What Is The Plot Of ‘Players’?
The film follows Chicago sportswriter Mack (Rodriguez), who has spent years devising successful hook-up “plays” with best friend Adam (Wayans Jr.) and their friends. But when she unexpectedly falls head-over-heels for one of her targets (Tom Ellis), they all must learn what it takes to go from simply scoring to playing for keeps.

What Is The Production Status of ‘Players’?
‘Players’ is currently under production in New York City and is expected to wrap by September 10th, 2021.

On July 19, Tom Ellis told us via Instagram that he will be heading to New York for “work”.

“Just driving to work…. So excited to be filming in NYC”.

When Will ‘Players’ Release?
‘Players’ is still under production as of this writing. Hence, the movie won’t be available until next year. A summer 2022 release seems most likely. We will update this space immediately once the release date is available. 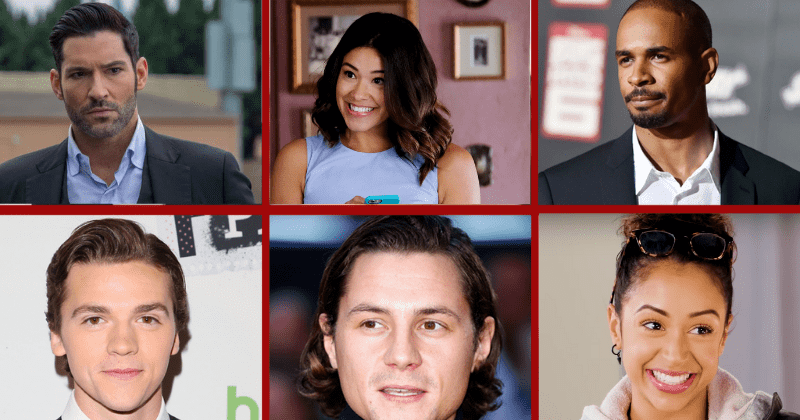 Who Is Cast In ‘Players’?
As mentioned, ‘Lucifer’ star Tom Ellis will be leading the cast list, along with Awake’s lead actress Gina Rodriguez. Aside from starring in the film, Rodriguez also serves as executive producer, together with Molly Breeskin.

They will be joined by The Kissing Booth’s Joel Courtney, YouTube sensation Liza Koshy, and New Girl’s Damon Wayans Jr.

Augustus Prew, who will be starring in Amazon’s upcoming ‘Lord of the Rings’ series, will also be part of the film.

Marc Platt and Ryan Christians produce the film under Marc Platt Productions with Ross Dinerstein for Campfire. Marc Platt is behind some of the biggest productions in Hollywood, including ‘La La Land ‘and ‘Bridge of Spies.’ He also served as an executive producer on Aaron Sorkin’s acclaimed Netflix Original ‘The Trial of the Chicago 7,’ which got nominated for six Academy Awards.

Players’ Official Trailer: When Can We See It?
‘Players’ is expected to finish filming next month. After that, it still has to undergo editing. The official trailer will most likely be available next year. Fret not, because we will make sure to update this space for you once the official trailer is available.

My name is Damyan Ivanov and i was born in 1998 in Varna, Bulgaria. Graduated high school in 2016 and since then i'm working on wordpress news websites.
Gina Rodriguez, Jane The Virgin, Lucifer, Players, Tom Ellis