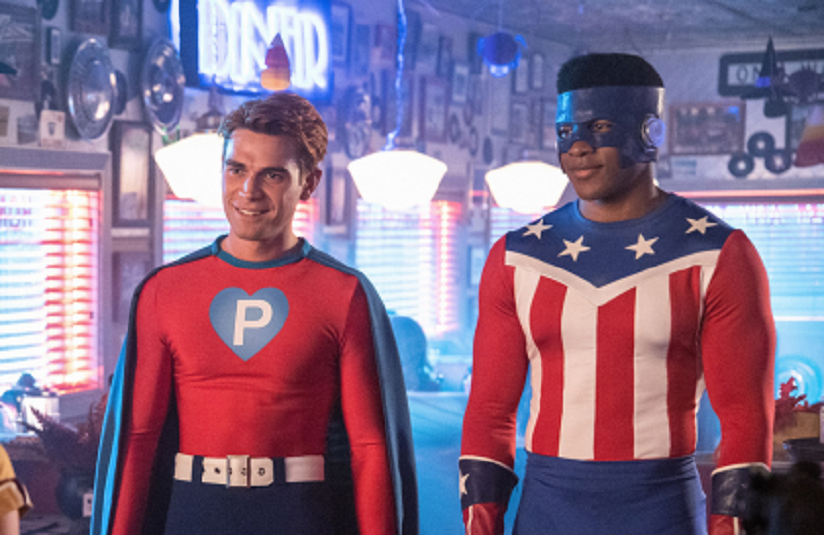 There are two new vivacious villains coming to Riverdale – and they look absolutely incredible!

Riverdale’s first-ever Halloween episode is coming to our screens on Wednesday, Oct. 30 and only ET is treating you with the exclusive first images of Cheryl (Madelaine Petsch) and Toni (Vanessa Morgan) in their DC Comics-inspired costumes. 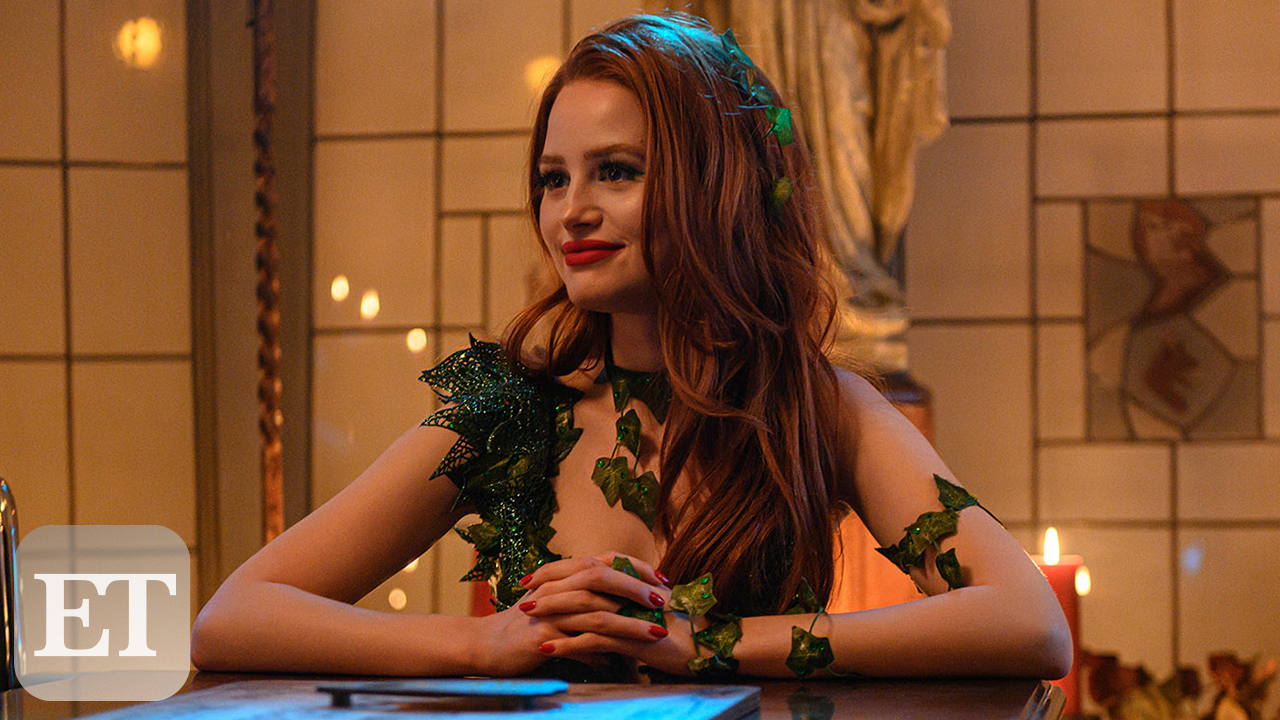 ET was the only outlet on the set of Riverdale’s highly anticipated Halloween episode and when we caught up with Petsch and Morgan in their costumes for a special joint interview, the two real-life besties were thrilled to show off their villainous looks. 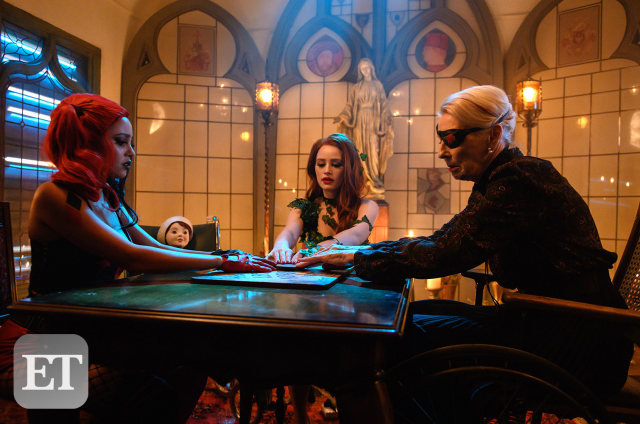 “So pumped!” Morgan exclaimed when asked about her sassy and sexy red-and-black ensemble. “I haven’t seen this version of Harley Quinn before because it’s from the original Harley Quinn costume, but I really like it.”

Petsch, who looked like a runway model wearing an ivy-covered couture gown, revealed that she was thrilled when Riverdale showrunner Roberto Aguirre-Sacasa first told her what Cheryl’s costume would be.

“Definitely excitement and also [I feel like this is] very perfect for our characters,” she shared. “I didn’t know how far we were gonna go with these outfits. I didn’t know what our costumes [department] was gonna do and they never disappoint. I mean, they really went all out.”

As for Choni’s Halloween plans, Petsch confessed that she was “surprised” to discover how Cheryl and Toni are spending their time in this spooktastic episode.

“I didn’t think Cheryl and Toni would do Halloween the way they’re doing it, but I’m not going to spoil exactly what that is,” the red-headed beauty teased to ET’s cameras. “However, we do obviously get very dressed up and things take a very strange turn — but a very Cheryl Blossom-esque turn. A very Blossomy turn.”

Based on the photos above, it looks like we can expect an eerie Thistlehouse seance with the one and only Nana Rose! 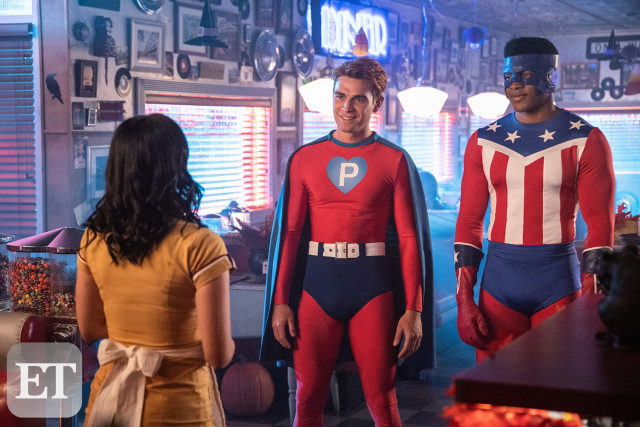 As for the rest of our favorite Riverdale residents? In the episode — which is appropriately titled “Chapter Sixty-One: Halloween” — it sounds like fans can look forward to a whole lot of tricks (and treats!).

Here’s the official episode description: “When ominous videotapes begin appearing on doorsteps across Riverdale, widespread fear quickly returns to the town. At Stonewall Prep, Jughead (Cole Sprouse) learns about a series of mysterious disappearances that have occurred to former students at the school. Meanwhile, Archie’s (KJ Apa) plan to create a safe space for the town’s kids gets derailed when some unwanted visitors crash their Halloween party. Elsewhere, Veronica (Camila Mendes) comes face to face with trouble, while Betty’s (Lili Reinhart) past comes back to haunt her. Lastly, a haunting at Thistlehouse rocks Cheryl (Madelaine Petsch) and Toni (Vanessa Morgan) to their core. Madchen Amick, Skeet Ulrich, Casey Cott and Charles Melton also star.”

Riverdale airs Wednesdays at 8 p.m. ET/PT on The CW.