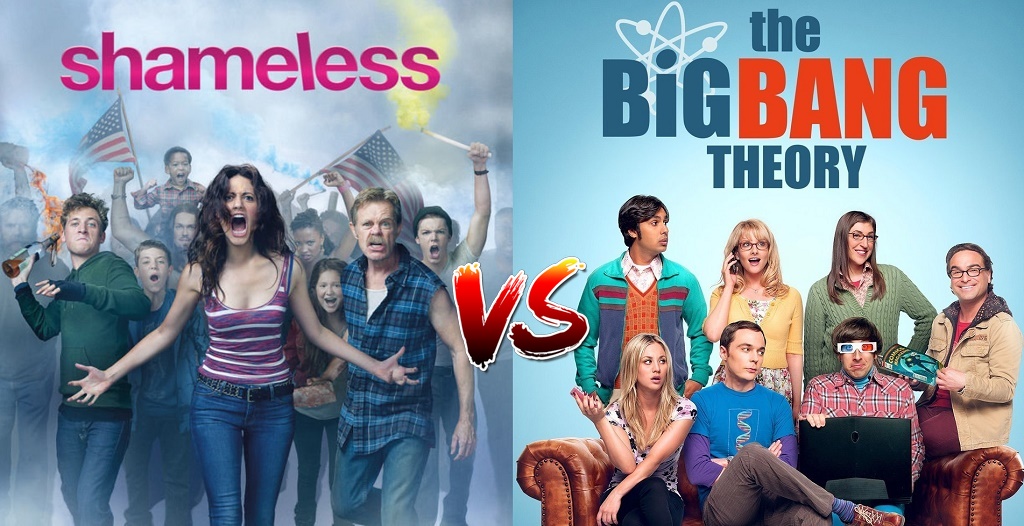 Shameless is a Comedy, Drama TV series that aired in 2011, created by John Wells, Paul Abbott.

Watch the Irish American family the Gallaghers deal with their alcoholic father Frank. Fiona, the eldest daughter, takes the role of the parent to her five brothers and sisters. Lip, Ian, Debbie, Carl, and Liam deal with life on the South Side of Chicago. Fiona balances her sex life and raising her siblings. Every episode is another crazy situation that one or more of the Gallagher six get into. Watch them grow and learn how to make their way in life with what little they have.

The Big Bang Theory is a Comedy, Romance TV series that aired in 2007 and finished in 2019. TBBT is created by Chuck Lorre, Bill Prady.

Leonard Hofstadter and Sheldon Cooper are both brilliant physicists working at Cal Tech in Pasadena, California. They are colleagues, best friends, and roommates, although in all capacities their relationship is always tested primarily by Sheldon’s regimented, deeply eccentric, and non-conventional ways. They are also friends with their Cal Tech colleagues mechanical engineer Howard Wolowitz and astrophysicist Rajesh Koothrappali. The foursome spend their time working on their individual work projects, playing video games, watching science-fiction movies, or reading comic books. As they are self-professed nerds, all have little or no luck with women. When Penny, a pretty woman and an aspiring actress from Omaha, moves into the apartment across the hall from Leonard and Sheldon’s, Leonard has another aspiration in life, namely to get Penny to be his girlfriend.