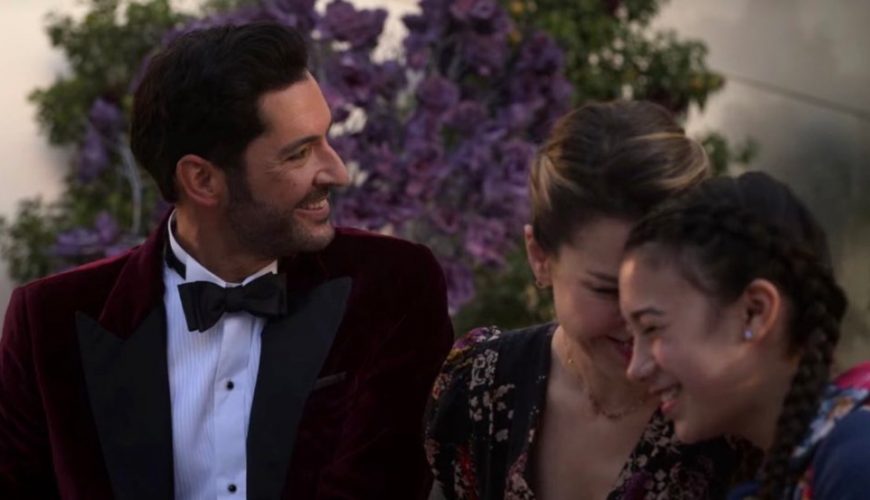 We never thought this day would actually come, but “Lucifer,” a fan-favorite series that had escaped certain death twice, has signed off for good with Season 6. The creative dramedy about Lucifer Morningstar (Tom Ellis), abandoning hell for Los Angeles premiered in 2016 on Fox, where it ran for three seasons before it was canceled (via Entertainment Weekly). Netflix quickly stepped in to save the show for Season 4. Although the super-sized fifth season was supposed to be the show’s swan song, the streamer surprised everyone by renewing “Lucifer” for a sixth season, which debuted in September with 10 episodes. Among its highlights, the final season explores Lucifer’s life as a parent and brings back some familiar faces, like the cop from the series’ pilot.

But there was one important character who didn’t get as much screen time as they had in previous seasons: Chloe’s (Lauren German) daughter, Trixie (Scarlett Estevez). While Trixie was never a major player on “Lucifer,” she was central to both Chloe and Lucifer’s lives and had enjoyed a close relationship with Lucifer over the years. But, in Season 6, she was relegated to attending science camp while the series focused on the arrival of Lucifer and Chloe’s daughter, Rory (Brianna Hildebrand), who had traveled back in time from the future to meet the father she never knew. As such, Trixie appeared sporadically. Her time onscreen focused on mourning the death of her father (Kevin Alejandro). So, where was Trixie for the majority of the season?

When Netflix renewed “Lucifer” for what was believed, at the time, to be its last season (via The Hollywood Reporter), Scarlett Estevez began booking new roles and ostensibly planning for life after the show. Per her IMDb profile, Estevez joined the fourth season of the Disney Channel series “Bunk’d” in 2019, which may have been a cause for concern amongst the fans looking forward to this pivotal character’s return. In February 2021, co-showrunners Joe Henderson and Ildy Modrovich told TVLine that viewers would still see Trixie in Season 5B and Season 6. They explained, “We adore Scarlett and shuffled things around a bit to make sure we could keep the tale of the future President of Mars going!”

The shuffling occurred because Estevez had also booked a Christmas movie for Disney titled “Christmas Again.” Filming occurred at the end of 2020 (via Instagram), which overlapped with production on Season 6 of “Lucifer,” which took place from October 2020 (via Twitter) to March 2021 (via Instagram). But that wasn’t the 13-year-old actress’ only other work commitment. Per Deadline, she had also landed a lead role in Disney Channel’s new series “Ultra Violet & Black Scorpion” (formerly known as “Ultra Violet & Blue Demon”).

So, while it’s unfortunate that Trixie wasn’t a major part of the final season of “Lucifer,” it’s understandable. Luckily, fans looking to revisit the character on “Lucifer” can now stream all six seasons on Netflix.