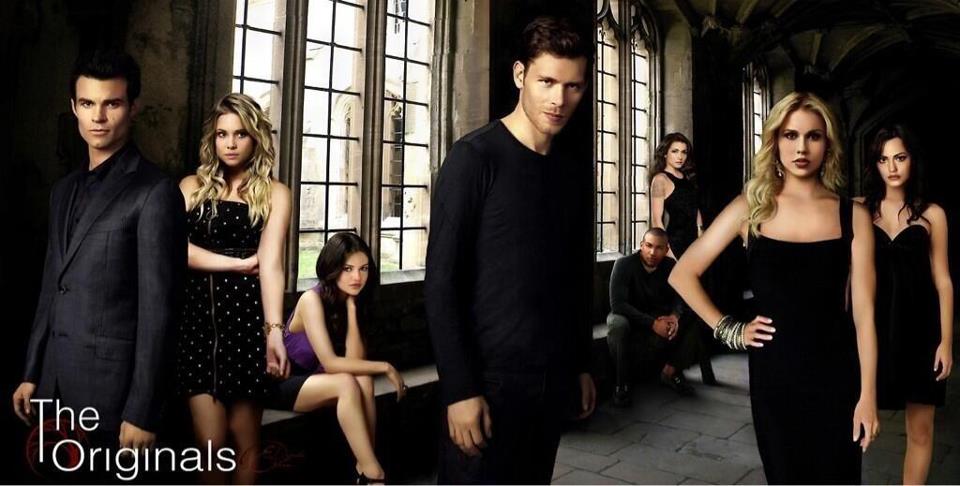 She’s baaack! The Vampire Diaries gave us The Originals and they had a baby called Legacies. Legacies Season 2 just started, and it already brought Hope Mikaelson back to the Salvatore School right in the premiere. However, we’ll have to wait until Episode 6 to see the return of Hope’s Aunt Freya Mikaelson (Riley Voelkel) from The Originals. It sounds like by that point the people of Mystic Falls STILL won’t remember Hope, even though she is out of the Malivore pit and certainly remembers them.

We saw Hope almost take a bus back home to New Orleans in the Legacies Season 2 premiere, but it turns out she’s not the one who tries to reach out to her Aunt Freya for help. The Vampire Diaries Universe queen Julie Plec gave EW some hints on what brings Freya onto Legacies.

It’s not Hope who goes to New Orleans and brings Freya back to town. It is actually somebody else who tracks her down because this person has a lot of questions about the existence of a person named Hope who nobody seems to remember and yet is in all the photographs lining the walls of Rousseau’s.

Yes, The Originals fans will recall the bar Rousseau’s in New Orleans. When she says “nobody seems to remember,” does that include powerful witch Freya? If so, Freya would certainly be curious about the girl in the photos too. Hope quickly tried to erase her tracks in the Legacies Season 1 finale, but she didn’t do anything about removing herself from photos and the lives of her family left behind in New Orleans.

Julie Plec said something similar on the topic to TV Guide, when asked about Aunt Freya’s return:

One thing I can say about Riley’s episode is that it’s not Hope who goes and brings Freya to Mystic Falls. It’s somebody else, which I think will be an interesting dynamic.

Landon, maybe? Does Landon head back to New Orleans? In Legacies Season 1, he went to New Orleans to get help from a Mikaelson family friend. That family friend was later revealed to be Vincent (Yusuf Gatewood), although we didn’t get to see him on screen. Maybe Landon goes back to New Orleans — would he remember why he went before to talk to Vincent? — and Freya comes to Mystic Falls to investigate what’s going on? The Legacies Season 2 premiere showed phoenix Landon killing himself and having visions of someone he couldn’t quite recall, so it would make sense if he keeps pulling at this thread. If not Landon, maybe Alaric Saltzman?

Fans last saw Freya in The Originals series finale, after her brothers Klaus (Joseph Morgan) — aka Hope’s dad — and Elijah (Daniel Gillies) ended their lives. Freya started a new life with wife Keelin (Christina Moses), with Vincent agreeing to be their surrogate father.

TVLine asked Julie Plec why this was the perfect time to bring Freya back into the story. In part, it’s because of Roswell, New Mexico star Riley Voelkel being such a Team CW player:

Riley [Voelkel] was always the one that was so happy to be anywhere and do anything and help anybody out. Even in this case, she was willing to go from shooting Roswell to shooting Legacies all in the same week — while also having just finished a series regular role of her own on a new show. It felt great to have her back in the family, and it’s great for the story. For poor Hope, who’s now been forgotten by anyone who’s ever loved her, to have access to a family member at this crucial time would be a really great thing.

Whatever Freya recalls about Hope, Hope will remember her aunt. Hope was probably on her way to see Freya in the Legacies Season 2 premiere when that monster troll dude showed up and knocked over the bus from Mystic Falls to New Orleans.

There’s a mystery about the hooded figure we saw at the end of the Legacies Season 2 premiere. Julie Plec said we’d get answers around the midseason finale. There are meant to be 20 episodes in Season 2 vs. 16 in Season 1. Season 2 also got an earlier start, premiering October 10 vs October 25 last year. So Freya’s episode should air in mid-November, and the midseason finale/winter finale will probably be in early December before the holiday break and a return in early 2020.

So far, Legacies has definitely had more Vampire Diaries characters swing by than The Originals characters. (I’m still not sure about the point of Roman’s return last season, but that’s fine.) Julie Plec does seem to be trying her darndest to get Vampire Diaries‘ Chris Wood back as Uncle Kai and Candice King as the Saltzman twins’ Mama Caroline. Here are more returning characters Plec would like to see, with a lot of crossover to who I’d like to see too. For now, we can just wait for Freya and enjoy the many new characters haunting Mystic Falls — including the new Damon in town.