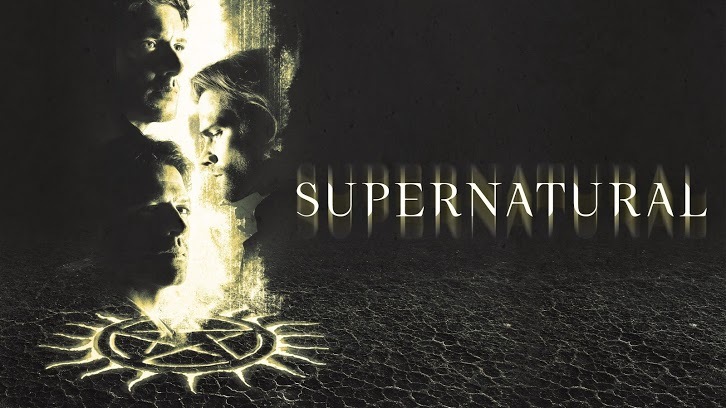 Over the past 14 years, the CW’s dark fantasy-mystery series Supernatural has been one of the most enduring presences on the small screen. The long-running show has aired a staggering 327 episodes across 14 seasons, with its 15th and final season set to bring 20 more episodes and a close to its expansive narrative – which centers around demon-killing brothers Sam and Dean Winchester (Jared Padalecki and Jensen Ackles), who are tasked with using their unusual skill set to wage a seemingly endless battle against a rogues gallery of vile beings from the Bible and beyond.

If you’re anything like us, you’re probably still trying to catch your breath from Supernatural’s balls-to-the-wall season 14 finale. That season ended with a wave of shockers that found longtime players in the Supernatural world in precarious positions. Specifically, the finale left Sam, Dean, and the angel Castiel (Misha Collins) in a particularly nasty pickle from which they’ll need to extricate themselves before the carefully set season 15 narrative dominoes can start falling.

There’s little doubt they’ll succeed — if only because there are much bigger fish to fry on Supernatural’s final season. Though the Winchester Bros.’ long, tortured road is finally coming to an end, Supernatural season 15 will undoubtedly offer a Pandora’s Box of new puzzles and shocking twists before saying goodbye for good — which is a-okay by us, so long as the show answers these burning questions along the way.

How exactly does one defeat God (a.k.a. Chuck)?

In case you hadn’t heard, God (otherwise known as Chuck Shurley) played a major role in the current calamity befalling Earth within Supernatural. It turns out that after several seasons of keeping mostly to the sidelines, Chuck is finally stepping into the light for the final season of the show. And he’ll obviously be doing so as the biggest opponent Sam, Dean, and the gang have ever faced off against.

On Supernatural, Chuck (played to smarmy perfection by Rob Benedict) is a writer who’s stories are quite literally the gospel. He made his first appearance way back on season 4 of Supernatural, and has only grown in power since — so much so that it became clear at a certain point that Chuck would likely become the big bad at the end of the Winchester’s winding road. He gleefully stepped into that role during the season 14 finale, ultimately dispatching with the Winchesters’ powerful ally Jack Kline (Alexander Calvert), and leaving Sam, Dean, and Castiel to face an uncertain fate as the legions of hell rose to Earth.

This all means that Chuck will play the ultimate foe in season 15. Of course, that also means Sam and Dean are going to have to figure out a way to defeat (and/or kill) him. While they failed in that endeavor on the season 14 finale, there’s certainly opportunity rectify the misfire on season 15 — but we’d wager that a simple weapon like “the Equalizer” won’t be enough to do the job, as Chuck seems too clever to allow one of his own creations to be his undoing. Luckily, there are places in the Supernatural-verse that are indeed older than Chuck. The Empty is one of them. It’s also a place where Chuck has no powers, which means if the Winchesters can find a way to get him there, they’ll at least have a fair fight on their hands. Regardless of how the stand-off comes together, Supernatural season 15 has to answer how one defeats God.

What role will Jack play in the coming fray?

Supernatural’s Jack Kline is what’s known as a Nephilim, an entity that’s part divine being and part human. Jack’s progeny makes him a uniquely powerful being even in the world of Supernatural — and the fact that he’s also thrown his lot in with the Winchesters is one that seriously complicated the final moments of the season 14 finale. When a certain shot that Chuck desired couldn’t be taken, Chuck decided to handle the nasty business of offing Jack on his own.

Only Jack isn’t quite dead yet. He actually woke up in the Empty, and found himself face to face with Billie (Lisa Berry), a powerful reaper with a very specific connection to Sam and Dean. Upon spotting Jack in the Empty (alongside the Shadow no less), Billie simply said to him, “We should talk.”

Billie didn’t specify what she and Jack need to talk over, but we’re pretty sure she’s not looking for relationship advice. In fact, if Billie wants to discuss anything other than enlisting Jack’s powers in a push to bring Chuck down to Empty-town, we’re going to be quite disappointed. That being said, we’re still not entirely sure what role Jack will play in the final showdown. All we know for certain is that there’s a reason Chuck is afraid of Jack, and that means Chuck may have more weaknesses than we’re currently aware of.

How many alternate universes are out there?

This question is no doubt one that every Supernatural fan would love to know the answer to. More to the point, we’d all love to actually visit some of those worlds on season 15 of Supernatural, because the multi-verse concept that the show’s creative team concocted is truly ingenious.

For casual Supernatural viewers who may not be super familiar with the multiple universes at play within the series, they’re ultimately Chuck’s doing. On Supernatural, God is a writer, and sometimes God writes stories that don’t quite work. And they don’t quite work, Chuck simply abandons those drafts and starts anew. Those “drafts” are actually fully-functioning worlds that continue on in Chuck’s negligence.

We know there’s a world where the color yellow doesn’t exist, a fairy realm, a universe populated only by squirrels, and a full-on Scooby Doo world as well. To date, the series has only visited a couple of those alternate universes. One (known as the Bad Place) was overrun by actual monsters, and one was a beautifully meta parallel universe in which Sam and Dean’s Supernatural story was actually a TV show on the CW.

But the alternate universe we’ve spent the most time in is Apocalypse World, where Mary Winchester (Samantha Smith) refused to make a deal with Azazel (Fredric Lehne) to bring her beau John Winchester (Jeffrey Dean Morgan) back to life. That decision means that Sam and Dean were never born, and the apocalypse they were meant to stop actually happened, leaving Earth a charred and barren wasteland. Such is the fate of an abandoned alternate universe in Supernatural.

Here’s to hoping that that Supernatural season 15 will reveal just how many alternate realties are actually out there, or at least find a way to work some of them into the narrative.

Will the Winchester boys get to live happily ever after?

The one question that has the entire Supernatural fandom buzzing is exactly how the show will end. Will the boys defeat Chuck? Will they save Jack from the Empty? Will they enlist the help of some long-forgotten friends to stop the next apocalypse? Will they even live to ride off into the sunset after the final showdown is done? And if they do, will they ride into that sunset behind the wheel of a kickass muscle car?

These are obviously all very good questions, but the one that matters most is whether or not Supernatural will have a happy ending — which, for most fans, would mean the survival of Sam, Dean, and their closest allies. However, while this ending would certainly be a welcome one, it also seems nearly impossible.

Even as much as the Winchesters have been tested and tortured throughout the past 14 seasons of Supernatural, the show’s writers have always found a way to get them out of the stickiest of situations. Sooner or later, it feels like death must come to Sam and Dean. Given their perpetual willingness to sacrifice themselves in the name of good, it only seems fitting that one — or possibly even both — of the men will have to cash in their chips during the coming fight for the Supernatural story to truly be over. Doing so in the name of bringing down the biggest of bads doesn’t just seem a fittingly noble finale for the Winchesters — it also sort of feels necessary.

If that is the case, we can always take heart in knowing there’s probably another version of them out there in the alt-worlds still fighting the good fight. And that may be as happy an ending for Supernatural as we can hope for. But hey, for all we know Sam and Dean will make it through, retire to the countryside, and spend the rest of their days regaling each other with stories of that time they stuck it to Chuck and saved the world once and for all. It could happen, right?