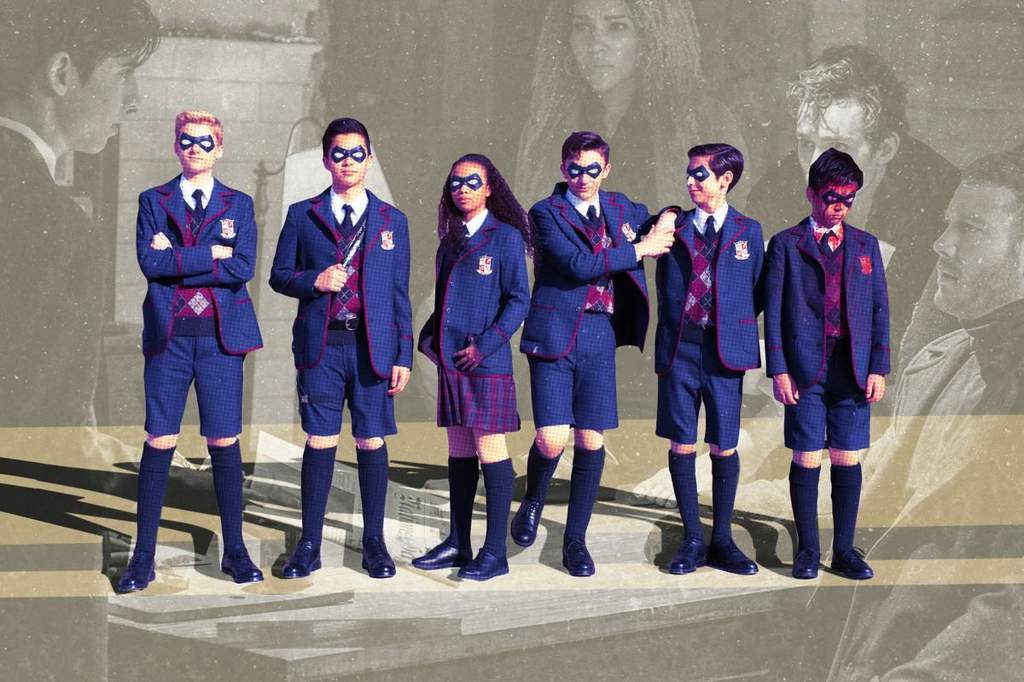 Adapted from the Eisner-winning Dark Horse comic series created by Gerard Way, Netflix’s The Umbrella Academy follows seven children who were all born on the same day under highly unusual circumstances, and who were “adopted” by a wealthy industrialist named Sir Reginald Hargreeves. Their adoptive father envisioned them as a super-powered crime-fighting team he eventually named the Umbrella Academy (though he couldn’t be bothered to name the kids themselves, assigning them numbers instead).

As the initial run of The Umbrella Academy episodes unfolded, a sprawling narrative about sibling rivalries, family trauma, tragically unearthed secrets, and the apocalypse itself began to take form. The series also began to cast an unwieldy web of mysteries around the Hargreeves kids, even as it simultaneously untangled many more. A big part of that untangling involved discovering exactly what sort of powers the Hargreeves have, and how they may be used for good (or evil) in regards to the rapidly approaching apocalypse.

Of those powers, one of the most compelling belongs to Number 6, better known as Ben Hargreeves, who has the power to transform into a tentacled beast capable of literally ripping bad guys to shreds (a fact young Ben appears to be less than comfortable with). Viewers learned quite early on that Ben is now dead, though the hows and whys of Ben’s death remain one of The Umbrella Academy’s biggest mysteries.

However, when one of your siblings (Number 4, a.k.a. Klaus) has the power to conjure and communicate with the dead, death is far from the actual end. Despite having died in his youth, Ben appeared all throughout season 1 of The Umbrella Academy. And truth be told, the older, “spirit” version of Ben was frequently the most intriguing character in a story full of them, as his ongoing entanglement and spirited interactions with the deeply troubled, drug-addicted Klaus made for emotional and enjoyable moments.

The pair’s dynamic proved vital on The Umbrella Academy’s season 1 finale, when it’s discovered that not only can Klaus conjure the dead, but he can also manifest and control their powers in the real world. This ability came in handy when the Hargreeves found themselves pinned down by a time-traveling Commission goon squad: Klaus used Ben’s inner beast to lay waste to the henchmen.

Sadly, Ben’s beast couldn’t stop his sister Vanya, a.k.a. “the White Violin,” from bringing on the apocalypse. In the end, the group was forced to use Number 5’s time-traveling abilities to leap into an uncertain moment in the past — a jump that has led many to wonder if Ben Hargreeves will be around for the already green-lit second season of The Umbrella Academy.

Ben will be there, but which Ben will we see?

Though little is known about the story for The Umbrella Academy season 2 (production hasn’t even started yet), we can all but assure you that Ben Hargreeves is likely to feature prominently.

Even in death, Ben was one of the key players in an overarching narrative that dealt with everything from the bureaucracy of time travel to the intricacies of donut logic to the complex condition of the soul in the afterlife. It goes without saying that Ben should have a lot to offer regarding that last topic — particularly concerning the state of post-life consciousness. Plus, Klaus’ newly discovered (and presumably still-in-development) abilities open all sorts of doors to what lay ahead for the dead in The Umbrella Academy, and one of those doors may lead to resurrection itself.

Given the pure narrative possibilities, ensuring that Ben returns on season 2 was likely a no-brainer for The Umbrella Academy’s creative time. As he’s seen clinging to Klaus’ shoulder when the Hargreeves siblings make their fateful leap in the final moments of that season 1 shocker, there’s no doubt he will indeed play a role on the upcoming season.

With all that knowledge, the real question about Ben Hargreeves on season 2 of The Umbrella Academy isn’t whether or not Ben will be around, but rather which version of Ben will emerge. For that matter, the same applies to all of the Hargreeves kids, as one of the unintended side effects of Number 5’s time-jumping is that the travelers revert to an unknown age in the process. And as the Hargreeves make their uncertain jump, they all seemingly revert to their early teens — back when the family was still a superhero team… and Ben was still alive.

This will almost certainly raise a few complex issues on the upcoming season of The Umbrella Academy. For instance, we already know that Number 5 made his jump back into the current timeline with a lifetime of memories in tact (though he was still trapped in his 13-year-old body), but will the same apply to Ben and the rest of the Hargreeves kids? And what exactly does it mean for “spirit” Ben to jump into a timeline in which he’s still alive?

If you’ve seen the first season of The Umbrella Academy, you already know that questions of quantum entanglement are really only scratching the surface of the mysteries that need to be untangled on season 2. But for our money, the mysteries of Ben are at the top of the list — if only because Justin H. Min played the role to such utter perfection throughout season 1.

The good news is that all of cast members who played the adult Hargreeves are indeed returning for season 2, which means we will undoubtedly get more of Ben’s story as season 2 continues. Frankly, we can’t wait to see how he factors into the increasingly dense narrative web of The Umbrella Academy.