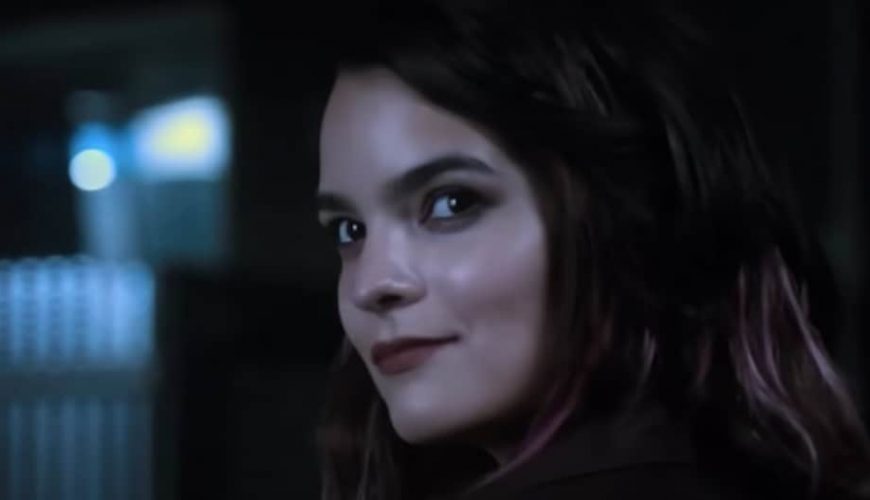 Let’s have a closer look at Rory Morningstar’s character, and why was she a befitting addition to the show.

Lucifer finally came to an end on September 10, 2021, with a beautiful, emotional and satisfying final season, thanks to the Lucifer’s showrunners took artistic liberties and went completely off from the comic book storyline, and created a show that fascinated the audience with its unexpected twists and turns, proving to be an absolute joyride. Though the TV series was based on a DC Comics character of the same name, it changed the way a lot of people view the biblical evil ruler of hell by humanizing him.

One of the many unforeseen twists of Season 6 was the introduction of Aurora “Rory” Morningstar, played by Deadpool breakout star Brianna Hildebrand. Let’s break down why the character was added to the series, and what her presence meant for the final episodes.

How Did the Showrunners Come Up with the Idea of Rory Morningstar?

In an extended interview with Collider, showrunners Joe Henderson and Ildy Modrovich revealed various secrets about the show, including the reason why they included Rory in the final season. According to Henderson:

Suddenly you have a whole new story, this idea of, okay, well, what if God abandoned you, what if you again abandoned your child? And then it became the question of, well, how would that happen? And that story, that’s fun. And then we were just running downhill because that’s an exciting mystery for Lucifer to solve, for us to solve. And it gave us so much story.”

We didn’t set off like “I think we’ll tell a time travel story for Season 6.” That was a means to an end, which is the only way personally, it could have been a time travel story — because they break my head. We knew we wanted Lucifer to be in his dad’s shoes, because it was the final chapter, but then, how does it feel to be on the other end of an experience and to be the one causing the pain? And so we just had to get his adult child into our show, somehow.”

Unlike most of the celestials in the show, whose origins can be traced back to the DC/Vertigo comic book series The Sandman, Rory is an original character developed solely for TV. However, there is one character in the comics that bears some resemblance to Rory, and might have served as an inspiration for the writers.

Elaine Belloc is a fictional character in the DC/Vertigo Comics series Lucifer created by Mike Carey, and much like Rory, is a Nephilim – half angel/half human. Her persona bears a striking resemblance with Rory, a goth, sad and angry teenage girl with daddy issues, and is extremely powerful. However, she is the daughter of Michael, Lucifer’s twin brother, unlike Rory who is Lucifer’s own child.

In the comics, Elaine mistakenly believes Lucifer to be her father, which holds some similarity to how Rory and Lucifer first meet in the show, that is, Lucifer thinks she’s confusing him for someone else. Only in this case, Rory is right.

Also, Lucifer serves as more of a father figure to Elaine than her own dad in the comic series, which might have also served as the basis for the father-daughter dynamic between Lucifer and Rory. There might have been more catalysts involved in creating Rory’s character in Lucifer, but Elaine seems to be the closest and most obvious choice from the source material.

How Rory Brings Lucifer’s Arc to a Satisfying Conclusion

Lucifer’s newest human-angel hybrid Rory was an unexpected entry into the show, something the fans could have never even imagined in their wildest dreams. The artistic liberties the showrunners took with the series enabled them to craft a beautiful story, and Rory played a major role in Season 6, her main objective being a tool to bring the series to a fulfilling end. The inclusion of Rory helped the showrunners picture a subtle recap of Lucifer’s story, while also completing it.

Rory is Lucifer’s mirror image in several ways — angry, sad, rebellious with daddy issues, but deep down caring and loving. She shares her father’s love for music, with them singing together for the first time in the sixth episode, and both of them also possess a scary, red-skinned flaming devil form, which manifests when they are extremely angry.

Her entry into the series puts Lucifer into his father’s (God’s) shoes: In Season 5, God had no idea Lucifer was so mad at him, quite similar to how Lucifer initially felt about Rory. Similar to God in S5, Lucifer tries to get along with Rory, but as we know, none of that really matters to her.

One of the most iconic possessions of Lucifer Morningstar is his prized Corvette, and is extremely dear to both Lucifer and Tom Ellis. In a recent interview with Collider, Ellis explains how he regrets not being able to say a proper goodbye to the ‘absolute beast’, and how Lucifer giving the keys of the car to Rory is ‘symbolic’ in nature, that Lucifer’s story is finally at an end. He recalled:

“In Episode 9, where we go out to the beach with the family, that was a big last day in the car, basically, and it felt quite appropriate. And also, we had the driving lesson with Rory. The handing over of the keys was quite symbolic, in that sense. I will miss that car. I remember seeing it on day one of shooting, or day two, whenever we were down at Hollywood Boulevard in the pilot, and that, for me, was the missing piece. I had the suit. I had everything else. I thought a lot about this character. And when this car rocked up, I was like, “Yes, I know exactly who this character is.”

Rory’s story arc also provided the showrunners with the time to bid a proper farewell to all of the show’s characters, which wasn’t possible given the original plan to end the series with Season 5. Ultimately, by the end, Lucifer finally understands his true purpose in hell, which wouldn’t have been possible without Rory’s help. Fearing a disturbance in the timeline would result in Rory never showing up to help them in the show’s current time, Chloe and Lucifer decide to stay away from each other for the rest of Chloe’s time on Earth. Lucifer becomes a guide for lost souls, and reunites with Chloe at the end, and Rory finally understands the sacrifices her parents made not only for her sake, but also to help make the world a better place in their own ways.

Is There A Chance We’ll Get to See A Lucifer Spinoff Involving Rory in Future?

There hasn’t been any word from Netflix about any spin-off shows, but actress Brianna Hildebrand is open to playing Rory once again, as evident from her interview with TheWrap. So there might be a slight chance for a spin-off show for all the Lucifans who are not done with Luciverse yet.

Lucifer was one of those stories that showcased the best and worst of humanity, thanks to the way it depicted cosmic entities as relatable and human characters. Fans all over the world are going to miss it a lot.

Lucifer is streaming now on Netflix.