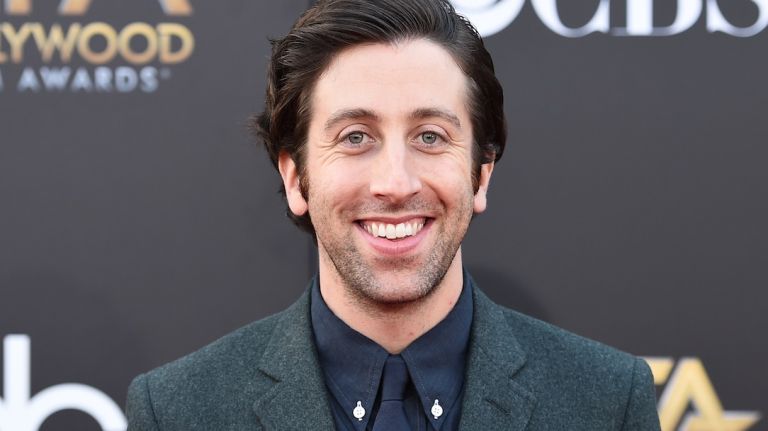 The Big Bang Theory star Simon Helberg’s time playing aerospace engineer (and, at one point, International Space Station-based astronaut) Howard Wolowitz on the hit CBS show may have ended when the series wrapped up in May 2019 after 12 seasons. But, thanks to the fortune he made while on the incredibly successful show, he’ll surely be living comfortably for years to come.

According to Celebrity Net Worth, Helberg has a net worth of $45 million and that’s largely due to the fact that, by the end of The Big Bang Theory’s run, the star was bringing in a staggering $800,000 per episode. That amount is slightly less than the $1 million per episode contract Helberg signed in 2014, along with other stars of the show Jim Parsons, Johnny Galecki, Kaley Cuoco, and Kunal Nayyar. Helberg and his co-stars later took a voluntary pay cut in 2017, so that their castmates Mayim Bialik and Melissa Rauch could receive a raise from around $200,000 per episode up to almost $450,000 for each episode, as reported by Variety.

However, the pay cut likely didn’t put too much of a strain on Helberg’s bank account. After all, thanks to his Big Bang Theory salary, he was able to bring in a whopping $23 million between June 2015 and June 2016 alone.

You may think of Simon Helberg as an actor (which, of course, he is) or even a genius engineer thanks to his character on The Big Bang Theory, but he might have been a rock star if his life had taken a different path. Though, perhaps not a rich one. “I played piano up until I was about 16 or 17,” Helberg told The Dallas Morning News in 2016. “I played a lot in high school in different rock bands and jazz bands and played in shows and made tiny, tiny bits of money. Then I started acting, and I just ended up playing music for fun.”

Despite the fact that Helberg’s musical career didn’t start off with a lucrative bang, he hasn’t abandoned that side of performing. In October 2019, he signed on for his first post-The Big Bang Theory role which will take him back to his musical roots. The star is set to join Star Wars’ Adam Driver and Oscar-winning performer Marion Cotillard in Leos Carax’s musical movie Annette. Helberg plays “The Conductor” in the story of star-crossed lovers who aren’t exactly Romeo and Juliet. Rather, Driver takes on the role of a stand-up comedian while Cotillard appears onscreen as an opera star.

Helberg tweeted about the project the same day it was announced, writing, “Very excited for this…” No doubt fans feel the same way, and we bet Helberg will make a decent amount of green from the project.