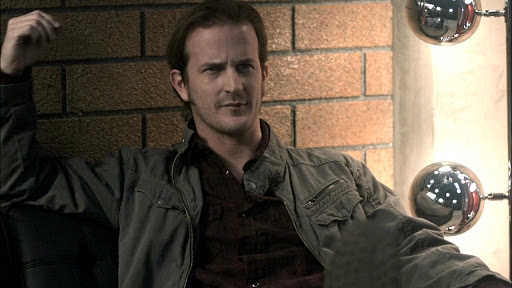 Richard Speight Jr.’s character on “Supernatural” was Loki, the Norse trickster god, before we found out that he was actually the archangel Gabriel in disguise — but no matter what you call him, there’s no doubt the man still has some trickster energy.

As the rollout of the last seven episodes of the beloved CW monster-hunting series approaches on October 8, followed by the series finale on November 19, we started to wonder whether some characters who left the series in the past might make a cameo in the show’s final episodes.

Even though we’re pretty sure that Gabriel was killed off in Season 13 (although he’s died so many times, who can keep track?) we asked Speight, who directed four episodes in the 15th and final season, if ol’ Gabriel might make one last comeback before it’s all over.

Here’s his frustratingly puzzling answer. “Well, if I said it, it wouldn’t be a surprise,” he told TheWrap. “I’ll leave it at: If I knew the answer, I would say that I don’t know the answer. If I was in, I would say I wasn’t in. If I was not in, I might lie and say I am in. It’s just a watch-and-see situation.”

So make of that what you will.

We also begged Speight for any crumbs he could give us as to what’s coming in Episode 18 — the last one he directed and the third-to-last episode of the entire series — called “Despair.”

“Working on Episode 18 for me personally was an incredibly intense experience, and all I can say is this — there wasn’t a dry eye on set for some of the scenes we were shooting. So I can’t imagine a planet where there will be a dry eye watching this play out,” he said. “It’s intensely emotional stuff we’re tackling because there’s so much value to these stories and so much history to these characters that navigating this kind of climax, you can’t not be completely wrapped up in the peril that they face and the inevitable emotion that ensues from the results.”

Speight is braced for fans’ reactions to the series’ conclusion. “I know that the wrap-up will be intense. Half the people will love it and half the people will hate it because you can’t aim for a storyline that pleases all the people. You can only aim for a great story and do your best to do that and honor the characters that you’ve been shepherding,” he continued.

Still, he’s happy that the series will conclude on its own terms. “How many shows get to dictate their own exit? We live in a world of cancellations,” he said. “This didn’t happen to ‘Supernatural.’ ‘Supernatural’ got to decide when it wanted to pull its boat into the harbor, and that’s a wonderful thing.”