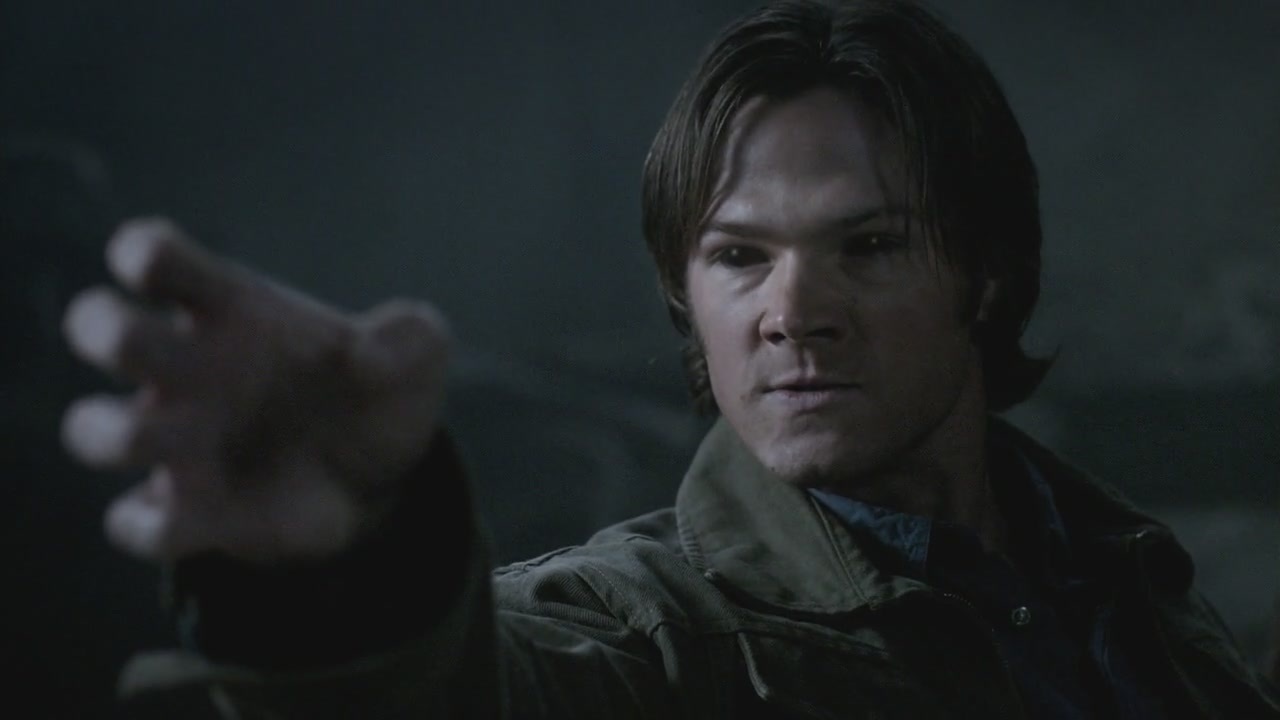 Fans had a lot of feelings earlier this month when it appeared that Sam Winchester (Jared Padalecki) was going to go evil again in Supernatural’s final season. But there is a fan theory currently floating around the internet that could quell those emotions. It says the glimpse of an apparently Dark Side Sam wreaking havoc on Dean (Jensen Ackles), in what looks to be a bunker on lockdown, isn’t exactly what it appears to be. And it’s all related to Chuck (Rob Benedict).

We already know Sam’s wound has a counterpart in Chuck’s, and the ouchie that Sam experienced last week when Chuck prodded his own wound indicates that they are connected in a way that, given Supernatural’s track history, is probably super complicated. So, fans believe that Sam’s connection to Chuck is allowing him — or Castiel (Misha Collins) — to see the other timelines that Chuck abandoned and all the potential outcomes of the Winchesters’ choices. This would fit in well with Season 15’s big question about free will (sorry, Dean!) and also clearly present that “advantage, of sorts” that promotional materials for the show’s final season have promised in regards to Sam’s “god wound.”

Or, you know, Sam Winchester is just going to go dark side. Again.

Now, I love an evil Sam as much as the next Sammy fangirl, but I also feel like it’s my duty as a bitter Sammy fangirl to offer up at least a token defense of my sweet and floppy-haired boy. As we go through Sam’s greatest hits of epically pissy attitudes, I want to point out that the overwhelming majority of these evil Sams aren’t evil Sam at all. Our boy has a terrible habit of being possessed, manipulated, and otherwise turned into a giant Winchester meat puppet. So join me on a journey down Sam Winchester’s bad memory lane as we celebrate all those times that Sam… wasn’t quite himself. 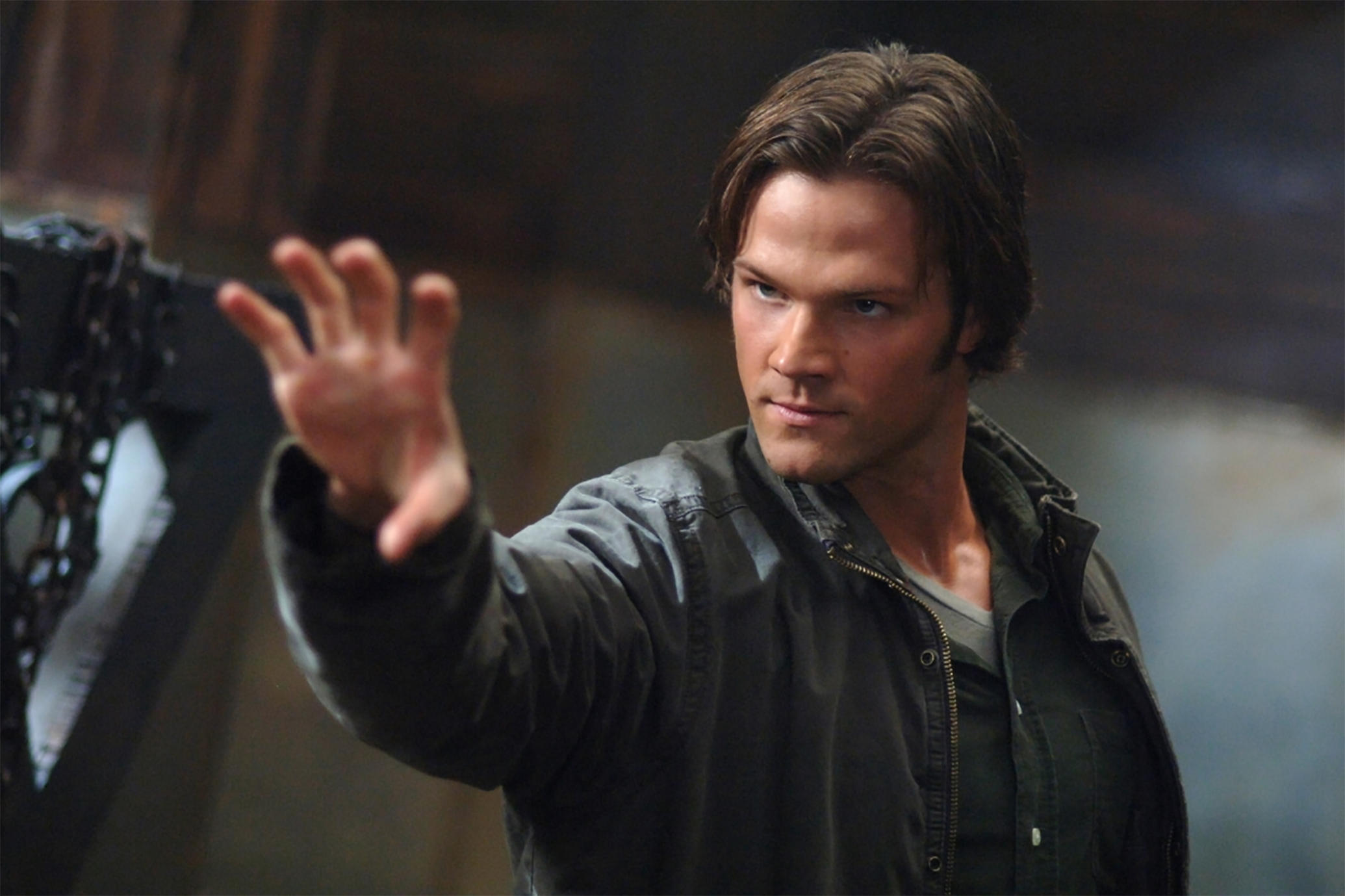 1. Meg Sam (Season 2)
Season 2’s “Born Under a Bad Sign” introduced us to the demon Meg and our first example of Sam acting decidedly un-Sam-like. Meg hijacked Sam and used his meatsuit to terrorize Jo Harvelle (Alona Tal), shoot at Dean, and slaughter a fellow hunter. This experience prompted the Brothers Winchester to get those sweet devil’s trap tats which, unfortunately for Sam, didn’t make a huge difference. It turns out that there’s more out there than mere demons looking to wear Sam to prom.

2. Demon Blood Sam (Seasons 4-5)
OK, yeah, this one is on him. Demon blood is a helluva drug, and in the wake of Dean’s trip down to the Bad Place at the end of Season 3, Sam found himself hanging out with all the wrong people and getting into all the wrong hobbies, like exorcising demons with his brain and doing the horizontal tango with Lilith’s right-hand girl — though, to be fair, he didn’t know that was Ruby’s true allegiance at the time. No wonder this dude has some serious trust issues. Welcome to Supernatural, where nothing ever gets better and everything only gets worse.

3. Yellow-Eyed Colin Ford Hallucination Sam (Season 4)
As seen in Season 4’s “When the Levee Breaks,” aka “They Tried to Make Sam Go to Rehab,” there’s something sort of terrible and wonderful (from a storytelling standpoint) when even Sam’s hallucinations of himself as a child are creepy and awful and rocking the yellow eyes. Worst intervention ever.

4. Lucifer Sam (2014-verse)
Words cannot express how much I cannot stand that silly white suit and those extra-silly white loafers, but our first glimpse of a Sam who said yes was so good. It’s the face. Jared Padalecki is very consciously not making a Sam face in Season 5’s “The End,” and it’s just so beautiful, you guys.

5. Lucifer Sam (“Swan Song”)
The many faces of not-Sam continued in Season 5’s finale, when Sam said yes for real and tossed himself and Michael-as-Adam (Jake Abel) into the cage, cleanly ending the Winchesters’ first apocalypse and kicking off a few seasons of aimless wandering before the show found its feet again. If it was possible for Lucifer!Sam to be even smugger than the doofus in the white suit we saw in “The End,” the back and forth between a Sam struggling to fight back and a Lucifer convinced that he won really brought it home. Lucifer parading all of the positive figures in Sam’s life who were actually demons sent to lure him away from John (Jeffrey Dean Morgan) and Dean was delicious and terrible.

6. Soulless Sam (Season 6)
Soulless Sam is the only evil Sam that is actually 100 percent pure Sam, and I’m not sure if that helps or hinders my SAM WINCHESTER IS NOT EVIL argument. Soulless Sam is Sam at his most efficient and practical, with pure hunter instincts. There is not a trace of his usual stupid puppy eyes and chick-flick feelings and moral compass to get in the way. It’s not that he wants to bash Dean’s brains in, it’s just that he’s not going to prevent that from happening… and somehow that’s actually worse.

7. Gadreel Sam (Season 9)
It doesn’t get much more Supernatural than Dean Winchester interrupting Sam’s fireside chat with Death (Julian Richings) to manipulate Sam into agreeing to let an angel possess him so that he wouldn’t die from the trials that were supposed to save the world once and for all and then the angel turned out to not be the angel they thought he was and then the angel killed Kevin (Osric Chau). *deep breath*

Supernatural airs Thursdays at 8/7c on The CW.