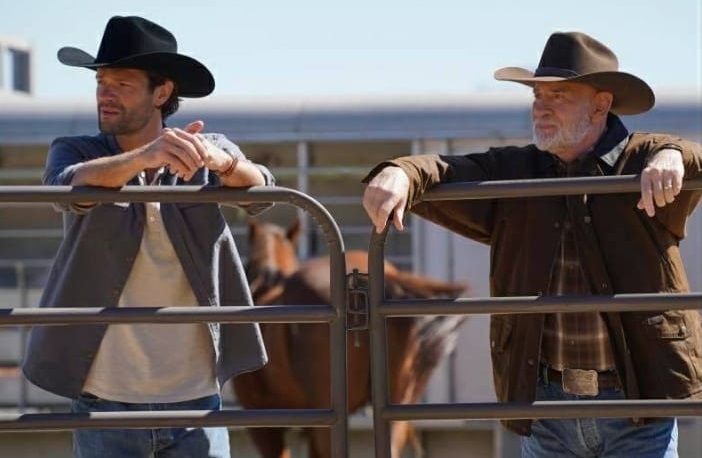 After spending 15 seasons at the forefront of the fan-favorite drama Supernatural, Jared Padalecki quickly landed his first big follow-up project with The CW’s Walker, Texas Ranger reboot. The seemingly ageless actor is definitely an interesting choice as Chuck Norris’ successor in the role, and not only does he have the scruffy facial hair for the job, but Padalecki also has an awesome family connection to the role that he reportedly wasn’t even aware of when he signed on.

As it turns out, Jared Padalecki is the direct descendent of a former Texas Ranger, which is a perfectly relevant factoid that was first discovered by the team at Ancestry.com. Their research revealed that the actor’s great-great-great-grandfather on his mother’s side, Benjamin Franklin Lafevre, became part of the Texas Rangers upon entering adulthood.

To dive in a little deeper: Benjamin Franklin (B.F.) Lafevre was actually a Louisiana native, having been born there in 1847, though the records show that he was later living in Texas upon getting married. A year before he started building his family – his daughter Laura Lafevre is Jared Padalecki’s great-great-grandmother – Lafevre was enrolled as a private in the 2nd Frontier District of the Texas Rangers on February 12, 1964, under Captain G.W. Haley and Major George Bernard Erath. Below is an archived muster roll from May 1964, courtesy of Ancestry which notes Lafevre’s inclusion. 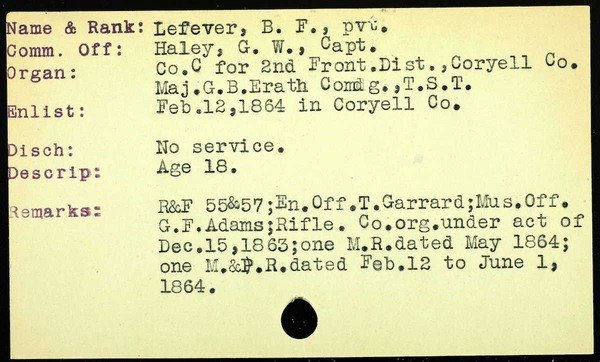 Interestingly enough, while his age is listed as “18” on the roll card, B.F. Lafevre was actually only 17 when he was enrolled by a T. Garrard. As well, one might notice that the name spelling is different, but an Ancestry historian confirmed that while “Lefevre” is the often the usual spelling, both “Lafevre” and “Lefever” were also acceptable at the time, when spelling consistency wasn’t nearly as widespread as it is now.

For better or worse, it doesn’t sound like Lafevre’s time within the Texas Rangers was very hectic. It’s reported that he was not paid for his time in the Rangers because he didn’t engage in active service while among its ranks. The same will definitely not be said about Jared Padalecki’s Ranger when Walker kicks off, as I’m sure the new series will put him in the middle of some dangerous drama on a regular basis.

Below is the familial rundown of ancestors, from Benjamin Lafevre down to Jared Padalecki himself. (This image is also courtesy of Ancestry.) 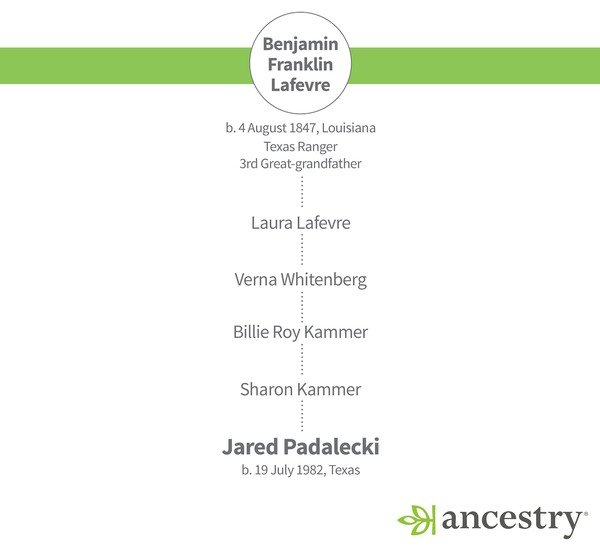 I can’t wait to hear how Jared Padalecki reacts to this amazing and not-so-coincidental connection. Considering Padalecki hails from San Antonio, Texas, there was a measurable chance that someone in his family tree would have been part of the Rangers. But for it to have been a direct ancestor, and not just a random eighth cousin once removed, is just awesome. It seems like even Chuck Norris himself would give that news a stern look of appreciation before busting some bad guy’s chops.

Get ready to see Jared Padalecki rocking a cowboy hat when Walker kicks off on The CW with its series premiere on Thursday, January 21, at 8:00 p.m. ET. While waiting for that day to finally arrive, head to our Winter and Spring 2021 TV premiere schedule to see what other new and returning shows are on the way.