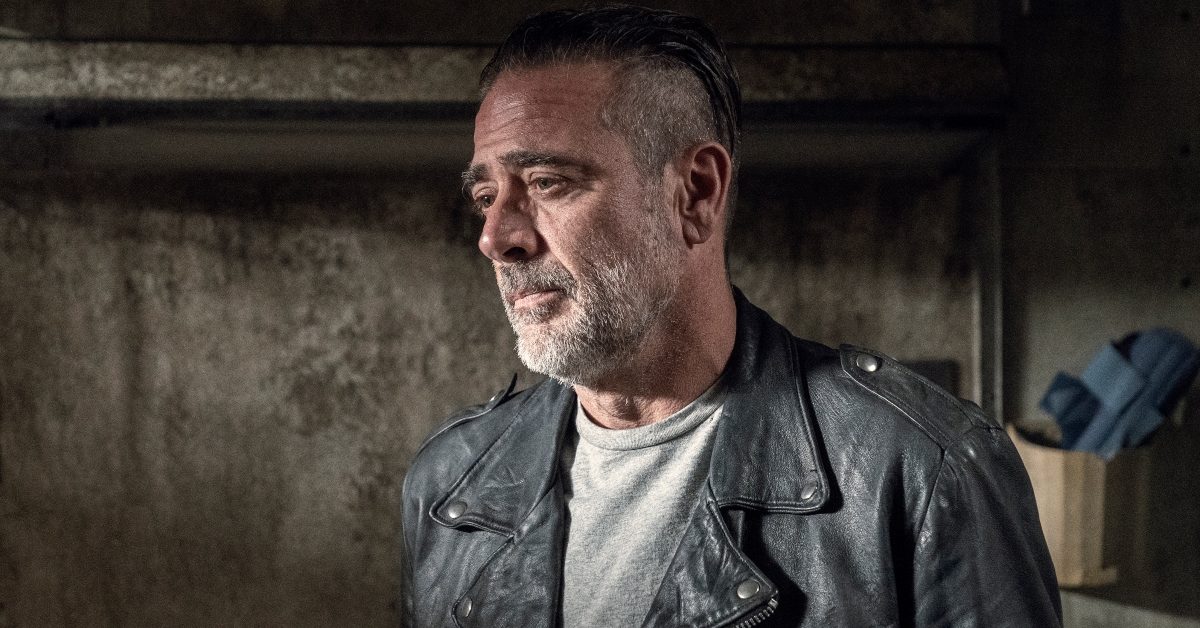 Fans were rocked by the news that The Walking Dead would be coming to an end after Season 11, but it turns out it wasn’t just the audience that was surprised by this development — it was the show’s creators and showrunner as well.

Last September, AMC announced that Season 11 would be The Walking Dead’s final season, announcing at the same time that a spinoff focused on fan-favorite characters Daryl (Norman Reedus) and Carol (Melissa McBride) would debut in 2023 to keep the TWD story going in a different direction. But in a new interview with Collider, The Walking Dead cast member Jeffrey Dean Morgan revealed that the flagship show’s conclusion was news to The Walking Dead chief content officer Scott M. Gimple and showrunner Angela Kang, suggesting the series was originally supposed to run into Season 12 and beyond.

Collider’s own Christina Radish spoke to Morgan as part of the press day for his new film The Unholy, and during their interview the actor discussed being surprised by the news that The Walking Dead Season 11 would be the show’s last.

“The news, when we got it in the middle of the pandemic, was a complete surprise, not only to me and the rest of the actors, but to everybody involved in the show from production. Scott Gimple and Angela Kang had no idea either. It came from nowhere and there was such a huge pivot. I think they had Season 11 all mapped out, where they were going to go, and suddenly it became, ‘We also have to close the story, in a way.’ It took everybody by surprise, so it was a massive pivot. And then, they threw in the six tacked-on episodes to Season 10, and instead of doing 16, we’re going to do 24 more. There was a lot of stuff to wrap our heads around.”

When AMC announced that Season 11 of The Walking Dead would be the end, the network also added eight additional episodes to the season order to expand the storytelling runway for Gimple and Kang, bringing Season 11 to 24 episodes in total. Still, it’s interesting to hear that the show’s conclusion wasn’t 100 percent on Gimple and Kang’s terms, and in a way, it sounds like The Walking Dead was essentially cancelled.

At one point in time, the series was the most-watched show on television. But ratings began to decline around the time of Steven Yeun’s exit, and as the popularity of streaming grew, the numbers continued to dwindle — although at the same time, the way people watched the show evolved, and same-day ratings for a Sunday broadcast became less important.

AMC has also already announced big franchise expansion plans, including feature films from Gimple that will continue Rick Grimes’ (Andrew Lincoln) story and additional spinoff shows. It just sounds like everyone involved assumed that while the franchise expanded, the flagship series would keep going strong.

That said, there’s still a lot of ground left to cover. Morgan revealed that The Walking Dead Season 11 filming is going to take up an entire calendar year, and they’re only on Episode 3 after two months of production:

“I’m just finishing Episode 3. We’ve been here for two months, so we’re really taking our time. We’re doing 24 episodes, I think. It doesn’t feel like the end yet and I’m glad because that’s a long time to be thinking about the end. We have another year here to shoot, and we’re shooting straight through. It’s brutal. But I know it’s there. It’s in the back of all of our heads that it’s there. After the COVID six episodes that we did, that are almost done airing, we’re back at full strength. We shot those COVID episodes with a quarter of our usual crew, and it was very weird and crazy and surreal. My episode, the big one called, ‘Here’s Negan,’ was really just me and Hilarie [Burton] getting to do our thing, which was great, with limited locations and all of that. That didn’t feel like a bottle episode at all, when we shot it. Matter of fact, I think it’s going to look really big.”

“But now that we’re just getting to the end of Episode 3 of this new year, there’s so much story and it’s very grand in scale. Our first two episodes, we had 28 shooting days. Normally, we do that in 16. So, it suddenly seems a lot bigger somehow. I think everyone is keenly aware that it is our last year, as far as the writers and stuff. It feels good. It feels like the story is really good. I’ve only seen the first four scripts, and they’re great. There’s so far no reference and no feeling in the story that it’s ending at all. It’s opening up all of these new chapters that are really interesting and cool. I’m excited.”

At the same time, while the story doesn’t feel like it’s heading down a final path just yet, Morgan said the experience of it all coming to an end still doesn’t quite feel real:

“That being said, it’s fucking surreal as hell to think that this will be the last bit of it. It’s become such a part of my life, and a part of everyone’s life that’s in the show, that it’s hard to reconcile the fact this will be over in a year from now. Well, in fact, I will still be here a year from now, but you know what I mean. There’s not a Season 12. It’s very weird… So, in a nutshell, I’m not thinking about the end yet, although it’s back there. We still have a lot of story to tell.”

The Walking Dead Season 11 doesn’t yet have a firm premiere date, but AMC has confirmed it will start airing this summer.

Look for more in our full interview with Morgan on Collider soon.