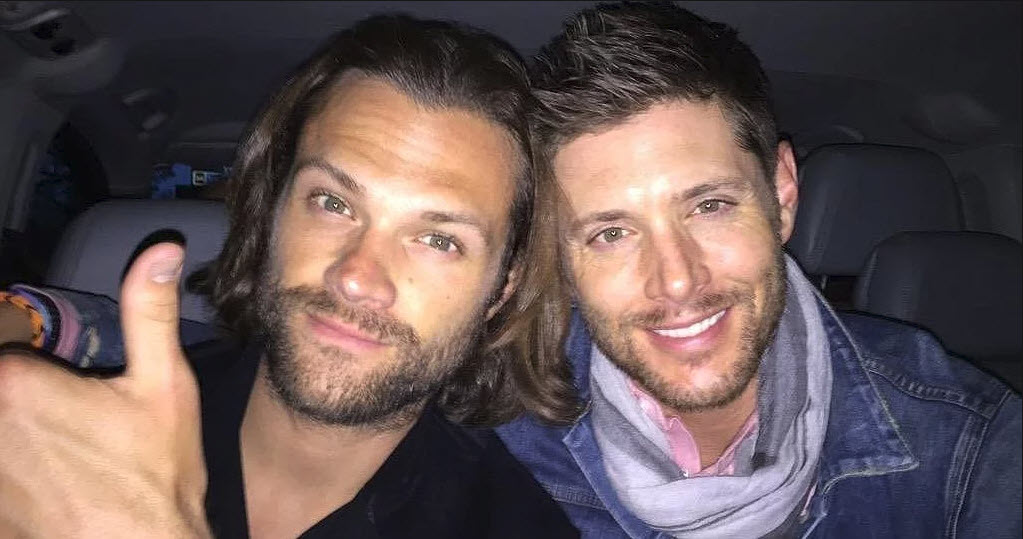 At least someone‘s having fun.

“Supernatural” star Jensen Ackles took a lighthearted potshot at costar Jared Padalecki‘s recent arrest at a convention for the show in DC on Sunday.

After striding onstage solo to loud cheers, Ackles, 41, cracked that he was going to tell Padalecki to “stay home more often.” “I could get used to this,” he added, according to People.

Padalecki, 37, was originally supposed to attend the event, but after his arrest Creation Entertainment, which hosted the convention, announced that he would not be present and offered refunds to fans who’d purchased meet-and-greet packages.

Padalecki was charged with two counts of assault after an alleged altercation with two bar employees at a bar in Austin, Texas, on Oct. 27.

“I’ll just say it now, look, he had a bad weekend last weekend,” Ackles said. “He’s dealing with what he’s got to deal with, so just send him some support and love.”

Ackles continued, noting that the crew “really wanted to wear orange jumpsuits” upon Padalecki’s return to the show’s set, “but we couldn’t get ’em in time.” However, he noted, “When [Padalecki] showed up on set on Wednesday, I brought him in in handcuffs, so we were having fun with it.”

“Anyway, he’s doing fine. He sends his love, and you’re stuck with me today.”

Padalecki tweeted about his absence, writing “I want to sincerely thank my family and friends for all of your love and support. So sad to miss the #SPNFamily at #dccon but I hope to see y’all soon.”

Padelecki is due in court on Nov. 18, according to online records accessed by People.