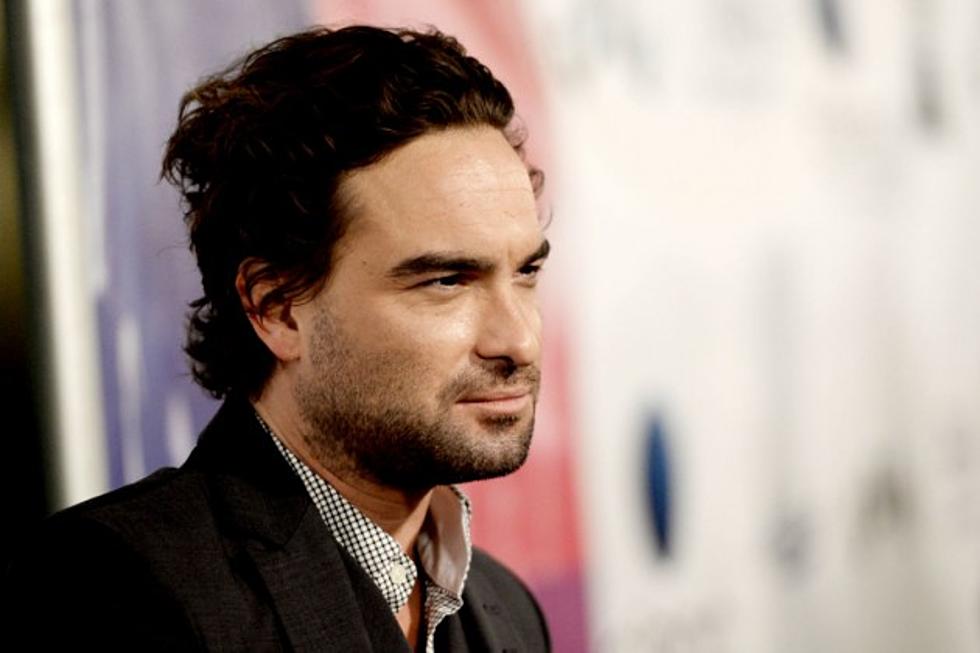 The Big Bang Theory had plenty of production secrets during its 12 season run. Among the most interesting, includes Mayim Bialik rinsing her mouth with peroxide in-between scenes with Jim Parsons. Why? Well, at the time of their kissing scene, Parsons had caught a cold. Bialik’s trick worked to perfection, as she avoided getting any type of illness.

There are plenty of other secrets, and one of them has to do with Leonard. During the early stages, even before an episode aired, the actor was told that he had to remove his glasses, as they were causing issues. However, Johnny Galecki wasn’t willing to do so, and he came up with a unique idea as a compromise.

We’ll reveal what went down behind the scenes, and how Leonard managed to keep his glasses for the pilot. We’ll also take a bonus look at Raj’s outfit, and how that all came together.

Prior to changing his career as Leonard on The Big Bang Theory, the actor was in theater, upon getting the call from Chuck Lorre and Bill Prady. When he was first asked to come in, the actor hadn’t signed anything, instead, it was strictly a chemistry read between himself and Jim Parsons.

Looking back on the audition, the actor didn’t make much of it, and wasn’t even sure he’d ever get a call back from the sitcom.

“I was working at a theater in New York and Chuck Lorre called and said, “Me and Bill Prady are talking about something; we don’t have anything written yet but we will in a couple weeks. Can we fax you a couple of pages?” That was it. We later did a chemistry read between Jim and I once they found him.””Nothing was signed contractually at that point.”

Clearly, the actors thrived during their audition and in fact, Jim Parsons refused to read lines with Galecki prior to the audition, showing just how organic their chemistry was from the start.

Following Rehearsal For The Pilot, Johnny Galecki’s Glasses Were Proving To Problematic, But The Actor Refused To Take Them Off

During rehearsal, Johnny Galecki was rocking the glasses. However, the showrunners and production team were under the belief that the actor was wearing the glasses as himself, and not for the role of Leonard. Things got problematic when it was deemed that his lenses caused a glare with the cameras when he’d look up at Sheldon.

Still, the actor wasn’t willing to take them off and came up with a unique proposition.

“We rehearsed the first episode for about a week and a half, and when we started to shoot, they said, ‘Well, you’re gonna take your glasses off, right?’ I said, ‘No, I want Leonard to wear glasses.’ They said, ‘Oh, we just thought you were wearing them as Johnny for rehearsal all week,’” said Galecki.“I quickly popped out the lenses and that’s the movie magic behind that,” said the actor.

Although the actor was proud of the resolution, it hasn’t always worked out for him. Hilariously, he once put his finger threw the empty lense, and scratched his eye… This hurt the credibility, but at the very least, everyone got a kick out of it.

The Big Bang Theory Had A Vision For Their Characters Wardrobes, Including Raj’s Layers

When it came to the wardrobes on The Big Bang Theory, fans couldn’t help but notice that Raj was always wearing layers. Was this a decision from the actor himself, Kunal Nayyar?

No, instead, it was the show that was adamant about dressing the character with layers. According to Nayyar, this was done to give the character ‘protection’, given that he was an immigrant in a new country.

“I think the discussion that happened with the costume designer is that because he’s in a new country and because he’s a genius at such a young age, the layers act as protection. It’s like a shield for him. I also bet Raj thinks it looks good,” Nayyar stated.

Looking back at Raj’s time on the show, rarely was he caught without wearing layers. Great to see the deeper meaning behind the wardrobe.