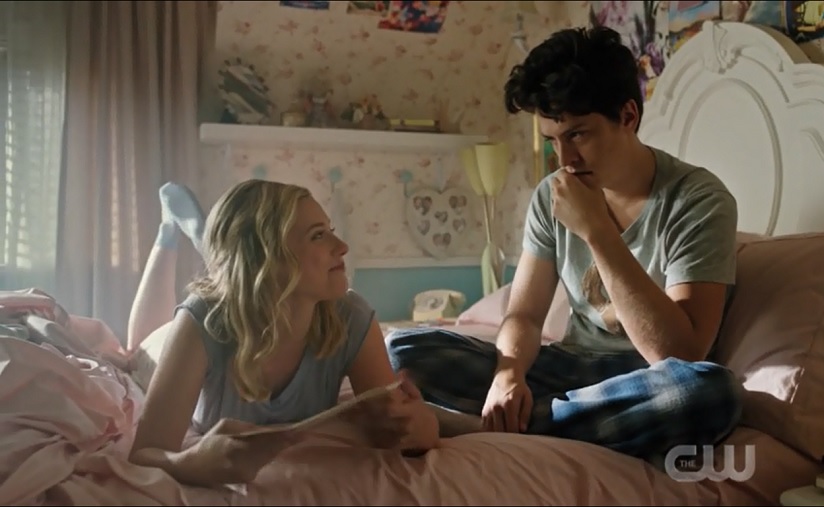 Intro by Jughead Jones for season 4 episode 1 of Riverdale.

It’s been a quiet few months in Riverdale.

Spring slid into summer, and some semblance of normal life resumed.

The terrors of the Farm weren’t forgotten, but they had started to fade.

Gryphons and Gargoyles was already becoming the stuff of suburban legend.

Indeed, the big topic of conversation around town was July 4th.

After some debate, it was decided that there would be an Independence Day parade down Main Street, Riverdale’s first in three years.

But there would be no fireworks display over Sweetwater River. The Blossoms used to sponsor them, but, without their support, the town couldn’t afford them.

Like I said, things have been pretty quiet lately. Enough that I’d actually gotten some real writing done.