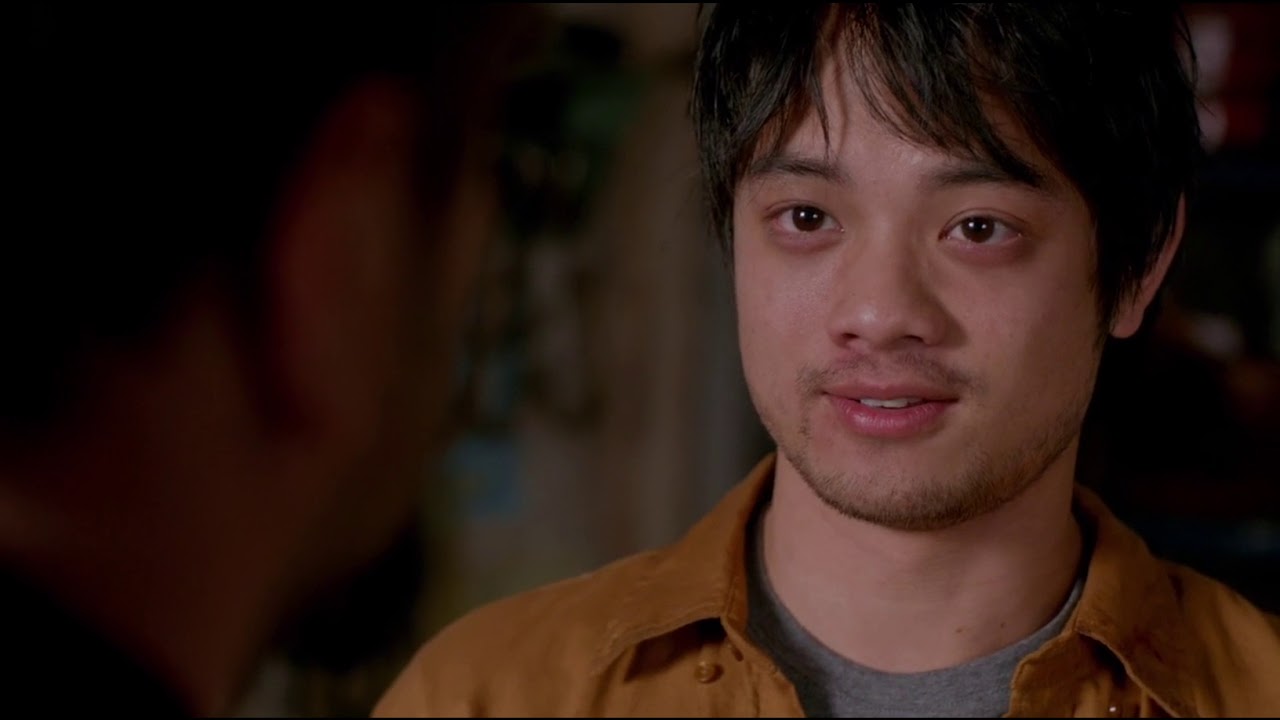 If there’s one place you don’t want to be right now, it’s Harlan, Kansas. As the residents start to get restless, Sam is doing everything he can — including giving pep talks — to keep everyone calm, assuring them that the “benzene leak” will be sorted soon. But when a mother sneaks back to her house to get her kid’s allergy meds, well, she doesn’t make it back. And when her husband and his friend go to look for her … things get ugly (though they might’ve survived?).

And to make matters worse, the warding isn’t going to hold for much longer. As Dean finds out while patrolling with Belphagor, the ghosts are trying to break through, and it seems their leader is none other than Francis Tumblety, better known as Jack the Ripper.

Once Dean puts a bit of rock salt into Jack the Ripper’s chest, he reports back to the group of ghosts waiting at a nearby home. There, Francis suggests they continue to gather other ghosts, because “strength in numbers” doesn’t just apply to the living.

But speaking of the living, they’re also rounding up their allies as Rowena arrives in town to hear Sam’s plan: They want her to make a soul bomb much like she did when they thought they were going to kill Amara. Considering they’re surrounded by souls, she could trap all of them in a crystal.

While Rowena gets to work, another familiar face shows up to help: Ketch! Turns out he was nearby when he heard the call for help, and he’s carrying some nifty toys. His gun fires iron flakes, which expels ghosts without harming the vessel, a little something he lifted from the British Men of Letters. And now, he’s here to help and a little too happy to see Rowena. There’s no time for sexual tension when the world is ending, guys!

Elsewhere, Castiel tries to apologize to Dean in the most Cas way possible — by messing up a saying. “Dean, I recognize that I dropped the puck,” he says, but as soon as he brings up Mary, Dean shuts him down. As far as Dean’s concerned, he’s angry at everything. He’s angry about Mary and he’s angry that their whole lives have been a lie, that they’ve been part of the “biggest scam in history.” Cas says he’s angry, too, but knows that it wasn’t ALL a lie. As he explains it, life is an obstacle course and maybe Chuck designed the obstacles “but we ran our own race.” Dean disagrees, saying, “Nothing about our lives is real.” The way Dean sees it, everything they’ve lost, everything they are is because of Chuck. Castiel tries one last time, telling Dean that there’s one thing about all this that’s real: “We are.” But Dean leaves the room.

On patrol, Dean gives Ketch an iron necklace to wear to avoid possession. And before Ketch can get any details on Rowena, they get an alert that two hunters didn’t check in. Together, Ketch and Dean go to check it out, and just as a ghost attacks them, another one shows up and tells the first ghost to leave them alone. AND IT’S KEVIN!!!

Kevin explains that God lied when he said he sent him to heaven. As Dean says, “Turns out, God’s a dick.” So, Dean makes a plan: Shove the ghosts back down to hell and then find a way to get Kevin to heaven. But Kevin warns him that the warding is fading, and seeing as how Kevin was a bad boy in hell — that’s what happens when God himself sends you there — Dean asks him to mingle with the ghosts, stall them. Of course, that fails miserably because everyone knows that Kevin worked with the Winchesters during his time on earth.

Sam and Dean arrive at the ghost-filled house, but they bring Rowena and her crystal with them. She successfully sucks up all the spirits just before they can kill Kevin. Kevin then tells them the ghosts’ plan: To meet at the warding’s weakest point and try to break it. So, Rowena shows up with her crystal and starts trapping them … until Ketch steals it from her. Because it’s not Ketch! Francis is possessing him, so Dean acts fast: He shoots Ketch, gets the crystal back, and lets Rowena finish the job.

Ketch then ends the episode riding off in an ambulance, leaving Castiel, Sam, Dean, Rowena, and Belphagor to figure out their next move because neither the warding nor the crystal will work forever and the souls just keep coming. As for Kevin, he can’t go to heaven after having been in hell — Chuck’s not here to make a special exception for him — so he chooses to stay on earth despite not having anything to hold him anywhere. There’s a chance he’ll go crazy, but it’s better than more torture in hell. He tells the boys at least he’s “better off than I was.”

Belphagor opens a small rip in the warding to let Kevin out, and with one final “I love you guys” and a wave, Kevin is gone and I’m very emotional about the possibility that we could have just witnessed our first real goodbye on this show. Was that Kevin’s farewell?? I can’t think about it.

Thankfully, there’s more we need to talk about because not all of this episode took place in Kansas. Over in Reno, Chuck pays his sister a visit and proposes a number of brother-sister projects they could take on: They could drop by another dimension, they could start a new species! But Amara knows something is up. That’s when she figures out that Chuck’s shoulder is hurt. “You’re not complete,” she tells him. “You’re not at full strength and you’re afraid.”

Apparently, Chuck can’t leave this world without her help, but she’s not interested. Instead, she leaves him, telling him that he once sealed her away and now she’s doing the same to him. “You’re trapped, diminished, abandoned,” she tells him. “So I guess you got what you’ve always wanted: You’re on your own.”

It’s also worth noting that when God touched his wound, it hurt Sam, so if these two are linked, defeating God could become very risky for our youngest Winchester.