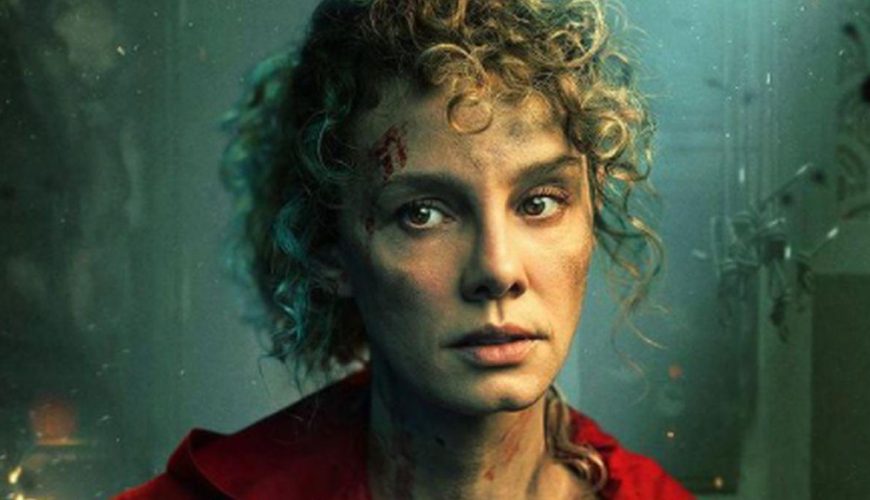 Esther Acebo, better known as Monica Gaztambide and Stockholm from La Casa de Papel, has been a mother for a few months. To celebrate summer with the baby, the 39-year-old actress shares an adorable photo.

Summer is for everyone, including actress Esther Acebo. If her name means nothing to you, maybe you will manage to recognize her face… or her pseudonym! Because in 2017, she joined the cast of La Casa de Papel, the huge Spanish hit from Netflix and Antena 3, becoming Monica Gaztambide, or more commonly Stockholm. With this nickname in her pocket, she infiltrated and robbed the National Currency and Stamp Factory, in order to print billions of euros in small denominations. Thanks to this role, she will also be nominated for the best female role at the Union de Actores y Actresses ceremony in 2018.

An actress who became a mother at 39
Since then, and fortunately, she has not followed the path of the character who made her known throughout Spain and internationally. The 39-year-old actress was one of the faces of the Spanish channel Non Stop People until 2018, and above all, she became a mother. On March 9, she announced that she had given birth to a baby girl. After 25 hours of work, all the same, she thanked “those who accompanied me on this journey of blood, sweat, tears and love”. She had given birth in a bathtub. A few months later, when her daughter has just celebrated her six months, the actress therefore unveiled a very touching snapshot on which we see the baby and her very smiling mother, happy to be able to enjoy these summer moments, all in a bathing suit and on a towel in a garden to beat the heat.

The future for La Casa de Papel
If the Spanish version of La Casa de Papel is now over, the series has since become a real phenomenon, giving rise to a Korean version. Titled Money Heist: Korea, the spin-off arrived at the end of June. But it’s not a matter of simply copying and pasting the plot from the original series since the action takes place as the two Koreas have reunited and this benefits the rich more than the poor. A new team will therefore organize a robbery of the Korean Money Factory, located between North and South Korea.

My name is Damyan Ivanov and i was born in 1998 in Varna, Bulgaria. Graduated high school in 2016 and since then i'm working on wordpress news websites.
Berlin 2023, Esther Acebo, La casa de papel, Money Heist, News, TV Series