”Legacies” cast is trying to help out their unemployed crew members! 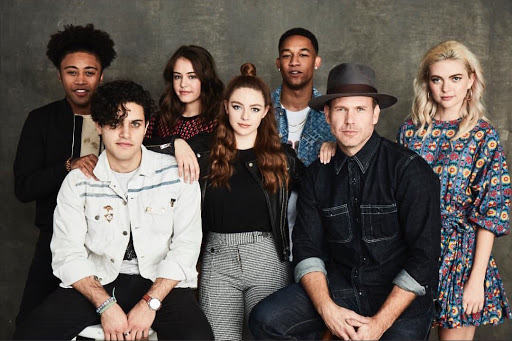 The cast of “Legacies” is trying to help out their unemployed crew members amid the COVID-19 pandemic, and fans can grab merch and autographs while supporting the behind-the-scenes workers.

Actors Kaylee Bryant (who plays Josie Saltzman) and Quincy Fouse (who plays MG) helped launch a campaign for fans can buy merchandise with the words “Super Squad.” Fans of “Legacies” know that characters on the drama about a magical school call themselves this when they team up to fight the bad guys.

Calling the SUPER SQUAD! We finally have merch. Buying it helps us raise funds for our own super squad, the #Legacies crew. RT and check it out. #legacies #TVD #TheOriginals https://t.co/pECd4rTSIP

The items are very work-from-home chic. The “Super Squad” collection includes cotton t-shirts ($30), hoodies ($55-$60) and sweatpants ($45). Fans can also rep the magical crew with tote bags and a hat (both $20). Most items are in black or gray, with the notable exception being one hoodie that is tie-dye. The colors are blue and yellow, which “Legacies” viewers will recognize at the school colors at the show’s Salvatore Boarding School for the Young and Gifted.

According to the fundraiser, hosted on the Blank Clo website, 90% of the proceeds will go to the crew and 10% will go to Black Lives Matter.

To give fans even more incentive, the fundraiser will include autographs for early customers. “First 100 orders of $100 or more get a signed thank you note from a member of the cast,” the site says.

It isn’t clear how many cast members are participating, but both Bryant and Fouse have promoted the campaign. They seem to have dubbed it “Dauqs Repus,” which is Super Squad spelled backward and a joke that they laughed over during the Instagram Live announcement last week.

“We’ve got a bunch of very wonderful crew, and in these hard times, they’ve been out of a job,” Fouse said during the June 30 live stream. “So the production would like to put together a fund to send money to those families that help make the show we all know and love possible.”

Bryant added, “With all due respect to the cast, the crew does much more work than we do.”

From set designers to hair and makeup artists to stunt performers to lighting technicians, crewmembers far outnumber cast members on most productions. Typically, The CW would be bringing everyone back to the Atlanta set in July, but “Legacies,” like most other productions, is shut down until it’s safe to film.