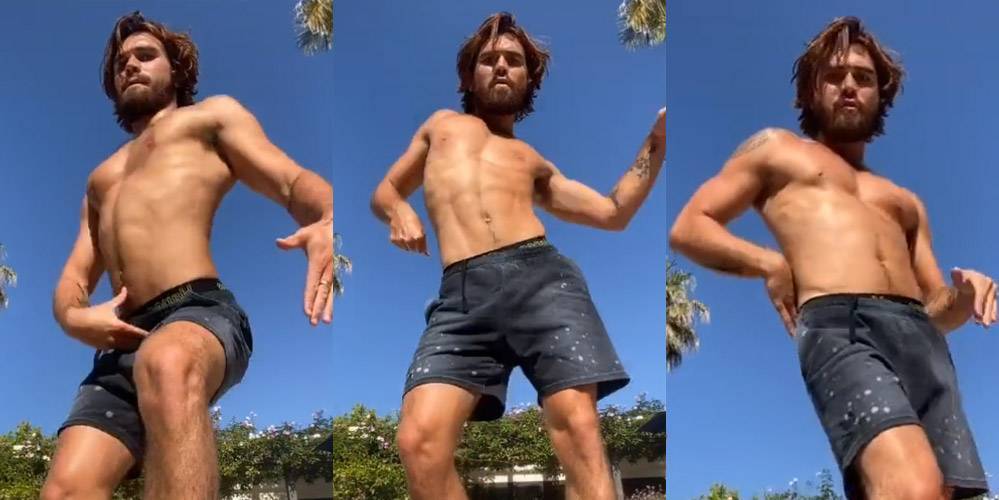 Remember when we all went into lockdown and got so bored that we immediately downloaded TikTok for a quick laugh? Turns out KJ Apa did the same thing.

With all that extra time off, KJ seems to have been living his best life – and his best life apparently includes creating a TikTok account and going absolutely wild with the dance trends.

Sharing his TikTok username with fans on his Instagram stories, KJ wrote: “I’m addicted to TikTok. I’m addicted to it. I can’t get off of it,” he said. “Anyhow, you guys can follow me. My name is… I love it. @fifiisqueen, follow me.”

So far, KJ has posted 4 TikToks and each one is as wild as the next. In his first video, he dances to the remix of Conkarah’s ‘Banana (feat. Shaggy)’ and he captioned the video: “my very first one. Please don’t judge !”

He’s also shared two videos dancing to Curtis Waters’ ‘Stunnin’ (feat. Harm Franklin)’ and they are… honestly quite something.

In other news, you may have also noticed that KJ has switched up his look while in quarantine too. Long hair? A beard? This sudden Jackson Maine if he was from the Outer Banks vibe? Honestly? We’re a bit obsessed with it.

Usually, KJ’s hair is cut short, bleached and dyed constantly to maintain Archie’s iconic shade of ginger. He’s also pretty much clean-shaven throughout the filming of the show so it’s nice to see him finally be free to rock his own style and do whatever he wants.

The new, almost unrecognisable look seems to have fans shook to the core.

kj apa vs idk who this is pic.twitter.com/dLUU9cgaCv