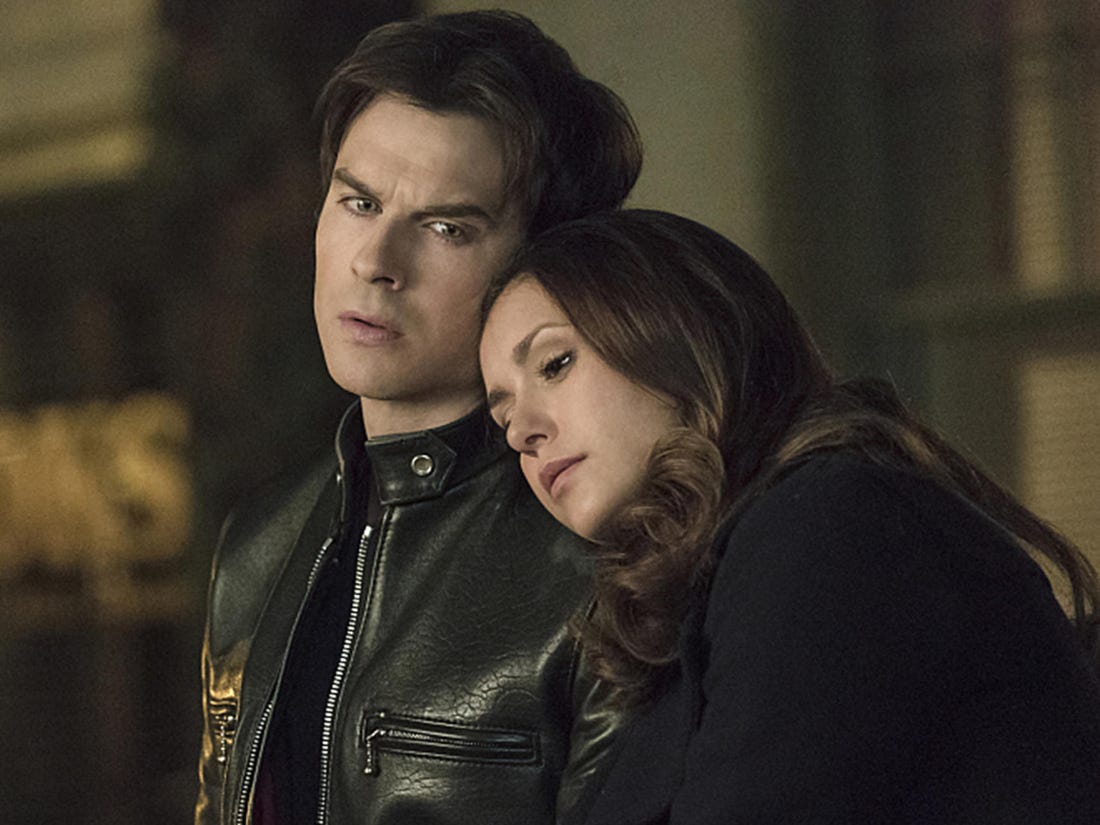 At the end of The Vampire Diaries, Damon Salvatore and Elena Gilbert reunited and embarked on a supernatural-free life. While they haven’t appeared in any real capacity since then, there have been some pretty big hints about just what happened to the couple, with an Easter egg in The Originals teasing that Elena had become a doctor. However, one of the biggest hints at Damon and Salvatore’s fate came when Legacies name-dropped their daughter: Stefanie Salvatore.

Here’s what we know about Stefanie Salvatore and why she deserves to appear on Legacies.

The Sly Introduction Of Stefanie Salvatore
In Legacies Season 1’s “There’s a World Where Your Dreams Come True,” Lizzie Saltzman tried to transform her current reality to get rid of Hope with the help of Ablah, a jinni, and went through three alternate bleak dimensions. In the first one, Josie mentioned Damon Salvatore and Elena’s kids (plural). In the second dimension, she instructs Lizzie to steal Alaric’s watch given to them by Stefanie Salvatore’s father, Damon. In both scenarios, Lizzie wasn’t at all surprised, which more or less confirmed that Damon and Elena have at least one child when Legacies rolls around.

Stefanie Salvatore’s Unique Connection To Legacies’ Lore
In the The Vampire Diaries finale, Damon intended to die along with Katherine Pierce to ensure that she perished in the Hellfire, thus saving Mystic Falls and everyone he loved from her evil plots forever. However, it was a mortal Stefan Salvatore who sacrificed himself instead, taking Damon’s place and injecting him with the Cure. This allowed Damon and Elena to live happily ever after. Without Damon and Stefan, there wouldn’t be any Salvatore School for the Young and Gifted, and Mystic Falls wouldn’t exist. Stefanie, even in just her name and parentage, is connected to those integral parts of Legacies lore, but her potential inclusion opens up a lot of possibilities to expand the universe even more.

In addition to potentially fleshing out Elena and Damon’s life after the events of The Vampire Diaries, Stefanie may have some unique powers. Although Elena and Damon are now human, the former is still a doppelganger who was once a vampire. She also had an ancestor who was a Traveler witch and has a cure for immortality running through her blood. Damon, for his part, is a former vampire with the Cure in his blood. This complicated mix of “genes” could then potentially make her immune to vampiric powers, allowing her to rock the supernatural world of Legacies in a big way and making Stefanie a potential gamechanger for the series.