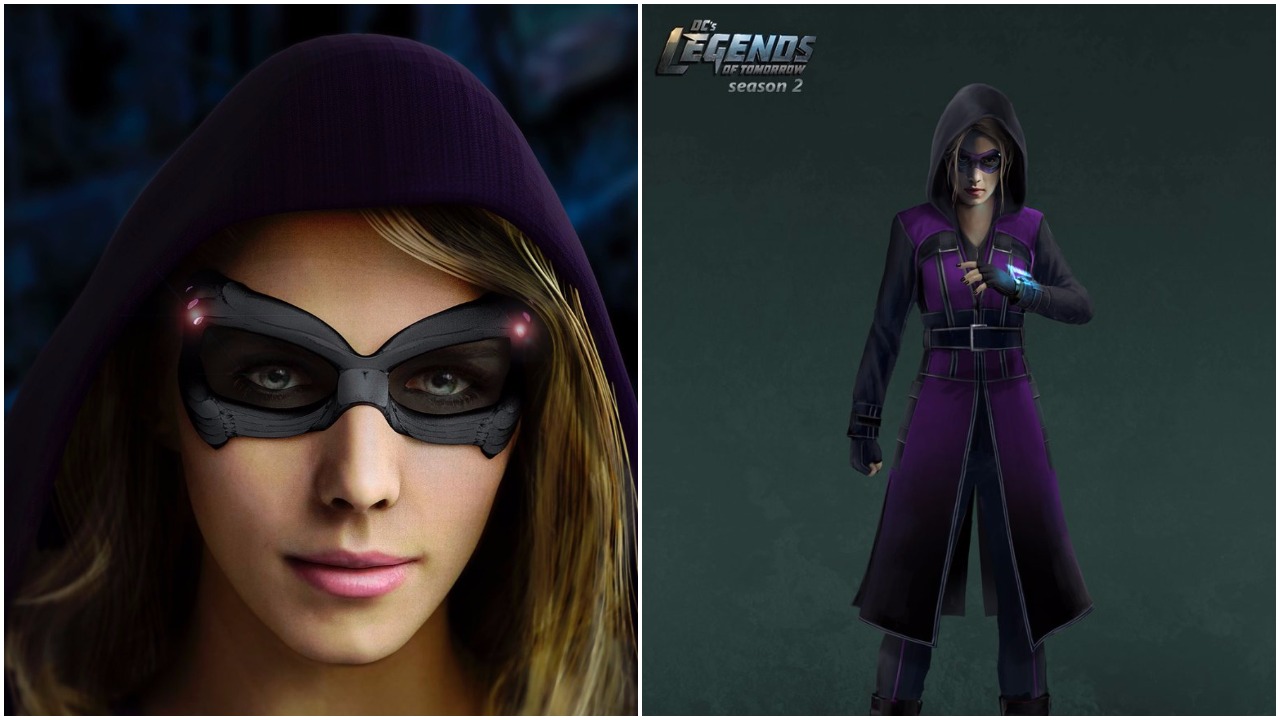 DO NOT MISS:
* Throwback To When ‘The Vampire Diaries’ Star Ian Somerhalder Was Almost Cast As Christian Grey In ‘Fifty Shades of Grey’

The Arrowverse has seen many heroes emerge from its many shows, from Arrow to The Flash. Legends of Tomorrow is no exception, as it finally saw fan-favorite character Felicity Smoak don a superhero outfit of her own, however briefly.

Marc Guggenheim, who served as showrunner and co-creator on Arrow and Legends of Tomorrow, posted the script pages from the opening scene of the Legends episode “Doomworld,” which sees a mysterious superhero being chased by Sara Lance and Amaya Jiwe. In the scene, as is revealed on the second page of the script, it is revealed that the new superhero is none other than Felicity Smoak in this rewritten timeline. Guggenheim also posted concept art of her costume, which consists of a long purple coat, mask and a hi-tech wrist device.

In “Doomworld”, the Legion of Doom used the mystical artifact known as the Spear of Destiny to rewrite reality to suit their vision. The new reality’s Star City was a dystopia ruled by Damien Dahrk, with Sara Lance and Amaya Jiwe acting as his enforcers. Sara and Amaya cornered Felicity and brought her before Dahrk, brutally murdering her in the process.

Even though the events of “Doomworld” took place in an alternate reality, fans had been wanting to see Felicity suit up for a long time. Prior to her appearance in the Legends episode, the closest she had come to becoming a costumed vigilante was when she assisted Team Arrow as Overwatch in Arrow’s fourth season, referencing her hacking skills and role as Team Arrow’s tech support.

DO NOT MISS:
* ‘Game of Thrones’ Co-Stars Jason Momoa and Peter Dinklage To Reunite For A New Movie