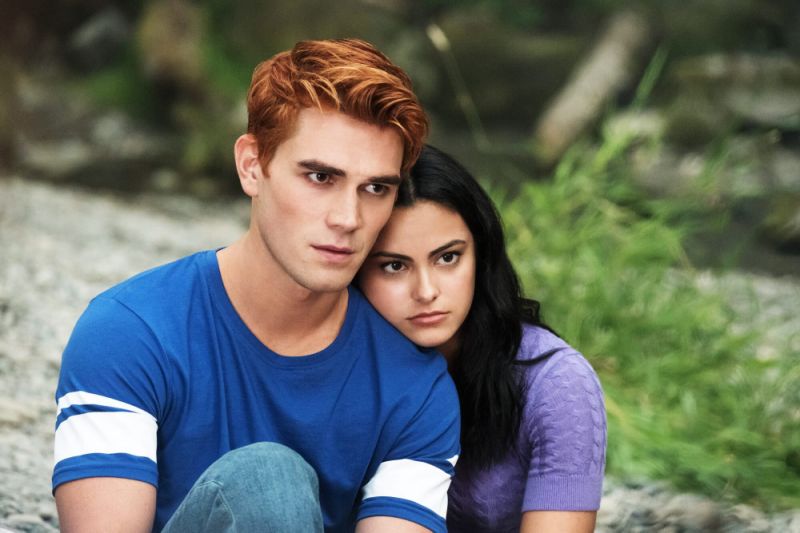 “Riverdale” star KJ Apa posted a video to Instagram showing what the “new normal” looking like on set during the coronavirus pandemic — “washing our mouths before every take of a make-out scene.”

In the video, posted on Wednesday, Apa and his costar Camilla Mendes were given a shot of what appears to be mouthwash each, which they had to swill around their mouths for around a minute.

The two linked arms like a newlywed couple drinking Champagne before swigging the liquid around their mouths.

Eventually, people off camera wearing blue gloves handed Apa and Mendes a clear plastic bag each into which they spat out the mouthwash.

Mendes reposted the video to her Instagram story with the Champagne emoji.

Apa’s “new normal” caption suggests the mouthwash could be an effort to prevent the spread of the coronavirus on set, though it’s unclear what the liquid is exactly, or how effective this would be. Insider has reached out to The CW for comment.

“It’s absurd to think that rinsing with mouthwash will make ‘making out’ safe,” Vincent Racaniello, professor of microbiology and immunology at Columbia University, wrote in an email to Insider. “Mouthwash will not eliminate virus shed from the nose, for example, and will not eliminate all virus in saliva either — it will be rapidly replenished from infected cells.”

Racaniello added that while dentists do use mouthwash to reduce the viral load in their patients’ saliva, they also wear personal protective equipment — and, as far as he knows, dentists don’t make out with their patients.

“Riverdale” costar Lili Reinhart commented on the video, writing “that s–t burns,” suggesting Apa and Mendes aren’t the only ones who have had to get used to the mouthwash.

Others commented wondering why this wasn’t the standard procedure before the coronavirus, while Peaches ‘N’ Cream actress Bernadette Beck wrote: “Can this become the new standard for make out scenes?”

The characters of Archie (played by Apa) and Veronica (played by Mendes) have been in an on-again-off-again relationship throughout the series, so this is hardly the first time the two actors have kissed.

“Riverdale” has resumed shooting in Vancouver following a hiatus due to the coronavirus. The cast and crew had two and a half episodes from season four to finish filming before shooting season five.

Pre-production started on August 17, and on August 18 Reinhart told Jimmy Fallon that she had to quarantine for two weeks before returning to shoot the show.

Reinhart also told Fallon there will be a seven-year time jump in between seasons four and five.

“We’re not gonna be teenagers anymore. I’m psyched about it … I think it will be nice to play an adult,” Reinhart said.