Lucifer: 5 Ways The Finale Was Satisfying and 5 Ways It Let The Viewers Down 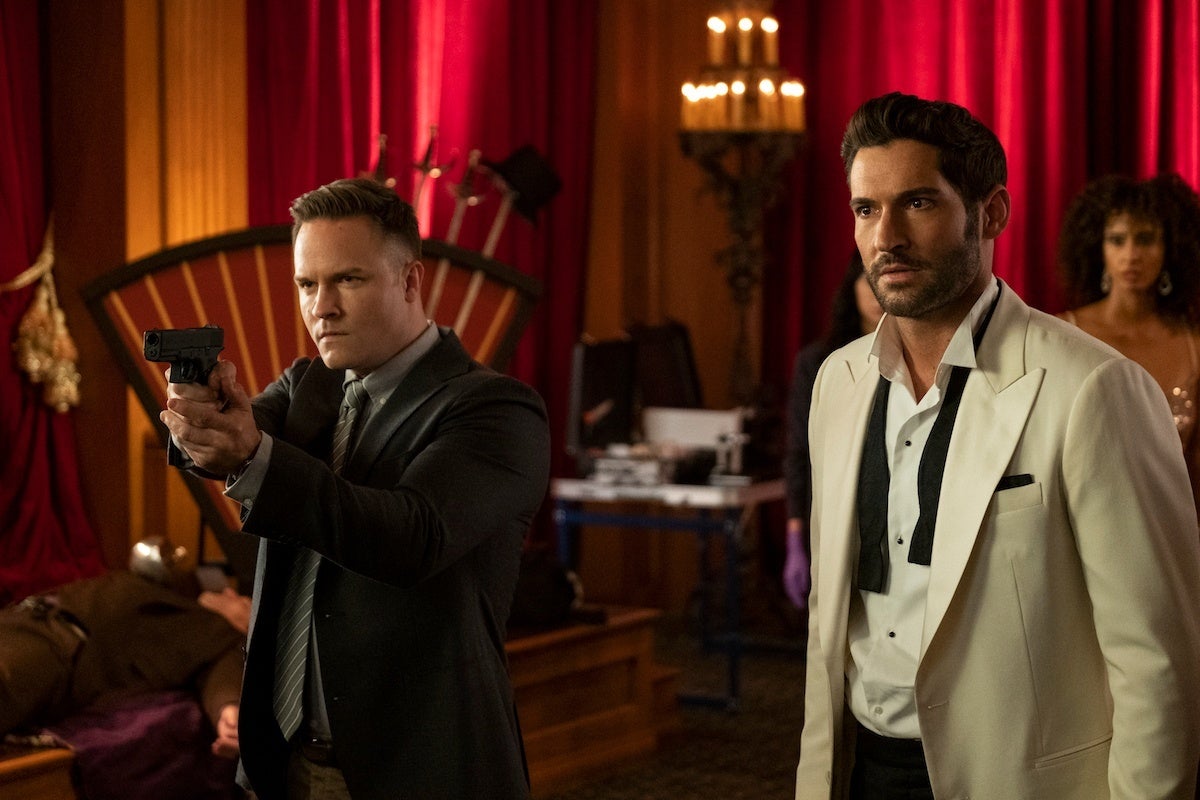 Finishing a show is a difficult thing. The writers need a climax that tops their previous efforts, wraps up any loose ends, gives every character – or most of them – a satisfying denouement, and hits genuine emotional beats that offer a final burst of pathos and catharsis.

Lucifer’s final episode: season 6’s “Partners Til The End” was well-received by fans. On the whole, it did a lot right to cap off the show. However, there are some minor complaints and ways the finale could have been handled to make it even more satisfying.

A long-running part of Lucifer Morningstar’s character in Lucifer are his struggles with his role as King of Hell. He believes he’s been abandoned and forced to act as a warden for the worst people in the universe as a punishment for his rebellion. The entire show’s premise is based on Lucifer taking time away from that role to live it up on Earth.

However, in the finale, Lucifer realizes that his role isn’t to act as a warden of hell but to help damned souls overcome their guilt, make different choices in their afterlives, and achieve redemption. It brings one of the longest character arcs in the show to a complete close.

9
Let Fans Down: The Villain Is Just A Human Criminal

Over the course of Lucifer, the titular character and his friends have gone up against and been involved with all manner of biblical and spiritual foes, including fellow angels, archangels, demons, and even God’s wife.

As a result, it’s a surprise that the final villain in the show is a regular human criminal – albeit one who’s had dealings with the Archangel Michael and knows a thing or two about the supernatural. Nevertheless, Vincent le Mec is a mere human and easily taken down by Lucifer, Chloe, and Rory once push comes to shove.

8
Satisfied Fans: A Happy Ending For Lucifer And Chloe

The longest-running plotline throughout Lucifer is the connection between Lucifer and his partner, Detective Chloe Decker. Initially intrigued by her immunity to his powers, Lucifer slowly falls in love with Chloe over the course of the show’s first seasons. Over time, she reciprocates his feelings.

Their relationship hits numerous issues along the way and, at times, appears very unstable. However, the finale confirms their reunion in the afterlife after Chloe dies. As dark as Lucifer is at times, it proves that some people get a happily-ever-after in the show.

7
Let Fans Down: Lucifer Doesn’t Get To Raise His Daughter

The main plot of Season 6 deals with Lucifer’s future daughter, Rory, who travels back in time to learn why Lucifer abandoned her and Chloe before she was born. After a season spent trying to find out why he’d have done such a thing, Lucifer appears to beat his past and ensure his presence in Rory’s life.

However, the revelation that he disappears because he leaves for hell to redeem the damned souls means he can’t be around for Rory without disrupting the timeline that helped him come to that realization (confused yet?) However, many fans who hoped to see Lucifer raise a child – whose interactions with children are both amusing and heartwarming – were sadly denied that chance.

A finale is often nostalgic for TV shows. They often revisit old sets, plot threads, or characters so fans can see them one last time and reflect on their favorite moments from the show.
This is one thing Lucifer does (shamelessly), even if the characters only appear briefly. For example, Reese from the acclaimed Season 3 episode “Off the Record” appears and acts as a symbol for everyone in Hell as he attempts to redeem himself, while Charlotte Richards is seen in Heaven with Dan. These glimpses are brief but give fans closure and fond reminders.

Primarily a police procedural, Lucifer managed to segway into musical sequences every now and then – many of which became firm fan-favorite moments. Even outside of the show’s musical episode with moments like “Another One Bites the Dust,” there are other big numbers like “I’m Alright” in Season 4, and smaller moments like Lucifer’s rendition of “All Along the Watchtower.”

The series finale isn’t completely devoid of musical sequences, but some fans were hoping for another bombastic group number to say farewell to the show. Instead, there was a touching rendition of “Heart and Soul” as Lucifer and Chloe say goodbye, which mollified some fans, but not all.

4
Satisfied Fans: Lucifer Is Not A Deadbeat Dad

The burning question for Lucifer in Season 6 is whether he voluntarily abandoned his daughter, having previously been an unreliable and self-centered person who overcame his worst nature through self-betterment.

Many fans hoped Lucifer didn’t end up being a deadbeat father. And although he does leave of his own volition, it’s at the request of his daughter to preserve the timeline that sees him fulfill his true purpose. Fans were glad Lucifer’s redemption remained consistent in the finale.

Lucifer is not an explicitly moral show, despite its main character and religious themes. Nevertheless, it tries to teach important lessons about trust, respect, guilt, responsibility, and ethics.

Many of these succeed and are welcomed by fans. However, viewers questioned the message behind Lucifer leaving Rory and Chloe over what was more or less his career. Fans were unsure what people were meant to draw from that development in the real world.

Wrapping up every character storyline in a way that’s satisfying, within the tone of the show, and doesn’t come across as either needlessly tragic or overly saccharine is difficult. With the bittersweet nature of Lucifer’s exit, Lucifer managed to strike the right balance and pile the happy endings onto the other characters.

Dan and Charlotte are reunited in Heaven; Ella is in a happy relationship and getting girls into STEM subjects; Maze and Eve are happy together on Earth; Amenadiel’s child sprouts wings, and Chloe becomes lieutenant before being reunited with Lucifer. Overall, fans were delighted by the swathe of happy endings.

Although Lucifer has always been about its main characters and their stories rather than world-spanning storylines, there is a sense of scale to many of its previous finales. In Season 2, Lucifer averts a war in heaven by sending his mother to a new universe. Season 4 has Lucifer accept his place as King of Hell after averting an attempt to crown his nephew. And Season 5 has a battle that prevents Michael from crowning himself God.

Conversely, the series finale deals with a human attempting to murder Lucifer using personal revelations and his daughter’s wings. Although it allows the story to focus on the characters and their ultimate fates, some felt the scale was lacking and resulted in an anticlimactic ending.