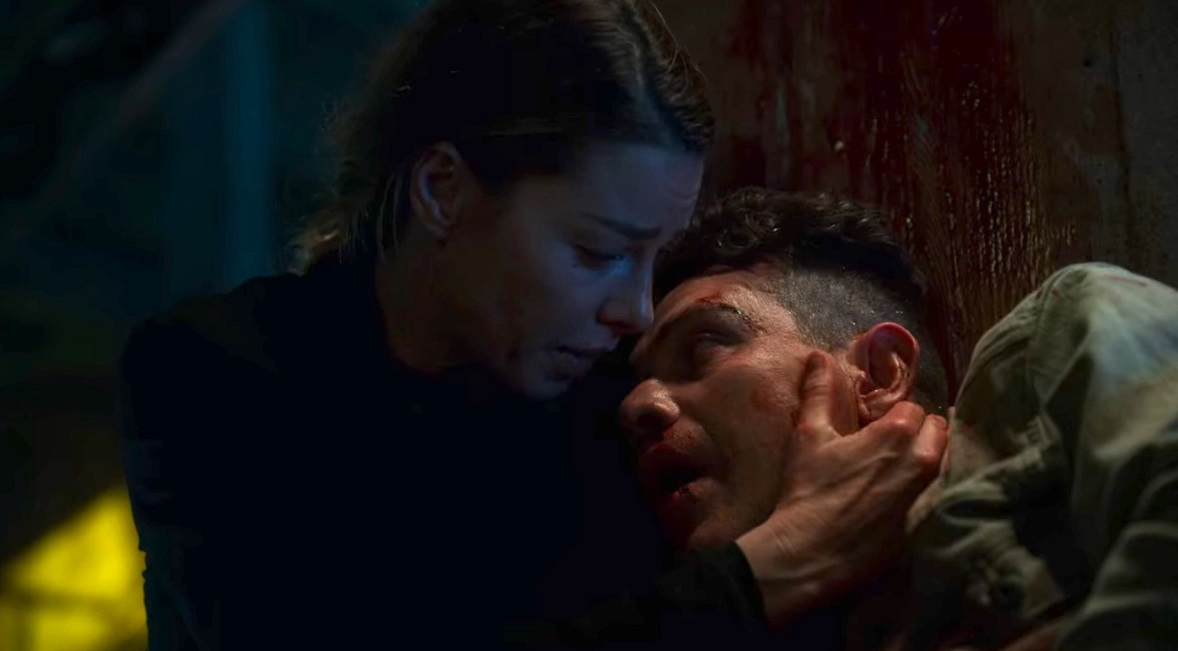 Warning: Spoilers for Lucifer Season 5 Episode 15 “Is This Really How It’s Going to End?!”

We’re going to be honest: We’re a bit in denial about what happens in the penultimate episode of Lucifer Season 5.

As Lucifer (Tom Ellis) tries to rally votes for his bid to be the next God with Michael (Ellis) also wanting the job, Detective Chloe Decker (Lauren German) plans her next steps, namely, saying goodbye to the NYPD. (She’s going to be working as Lucifer’s consultant now, part of her supporting her partner.) But the events that occur during what she sees as her last case could very well change everything.

Hey, at least there’s a moment of levity when a suspect’s alibi is she was doing a reading to a programming executive at Fox (the network that canceled Lucifer). “Good luck with that,” the devil quips.

Lucifer Would Be a Good God … Right?

Unfortunately, his brothers and sisters don’t think that’s the case, even if they hate Michael (and even with the bribe of access to a favorite chef). He’s practically running the place already since he’s been in heaven with God after all. “Are you seriously telling me that Michael has got your vote because he’s the devil you know?” Lucifer asks one of his brothers in disbelief. “Do you have any idea how ironically infuriating that is?”

While he may begin doubting if he will become God, Chloe has faith in him. “If anyone in the entire universe can persuade them, it’s you,” she assures him. Perhaps he can if he’s honest about why he wants to take over. He gives that a shot with Zadkiel. “I’m doing it for love, and it gets worse: I’m doing it for the love of a human,” he reveals. “I am trying to be God so that I can finally be worthy of her.”

As for the case, the murder of a technician from the ME’s office uncovers a scam he had going with a psychic who claimed to find lost items from dead relatives. They sold the belongings of the families who didn’t bite on the black market, using a fence, TJ.

When Chloe announces her plans to retire, Detective Dan Espinoza (Kevin Alejandro) understands, while forensic scientist Ella Lopez (Aimee Garcia) does not handle it well. (She also thinks Lucifer and Chloe are going to Alabama since they said they would be north of Florida, the cover story for his family business’ location. Seriously, someone please tell Ella the truth already!)

But might the LAPD gain a familiar face? Amenadiel (D.B. Woodside) stops by to see Dan as he’s playing cards with his daughter Trixie (Scarlett Estevez), and the angel shares his plans to become a cop. Dan isn’t as supportive as Amenadiel had hoped he’d be.

It turns out there’s a much more worrisome problem on their hands: When Lucifer and Chloe track down the fence, TJ is super-strong and sends the devil flying through a coffee table. Is he a celestial?

The killer seems to be after something he fenced, so Dan offers to help out since it’s Chloe’s last case and track down TJ’s clients. That’s when he runs into some serious trouble. After suspecting a possible home invasion when one of the clients answers her door, Dan calls it in, only to be taken by an armed man. But he manages to leave the others a clue: dog tags that lead back to a mercenary, Vincent Le Mec (Rob Benedict, Supernatural‘s God, sadly missing Lucifer‘s version, played by Dennis Haysbert, by one episode), and his group.

The demon Maze (Lesley-Ann Brandt), of course, plans to just kill whoever’s responsible, but Lucifer needs her to instead focus on finding Dan, which means calling in all of the favors criminals owe him. And they better hurry, because Dan is in some dire straits, bloody and tied to a chair. Vincent wants to know where TJ is (Dan says he doesn’t know him) and shows him a photo of a grave.

Just as it looks like Dan has the upper hand — he frees himself and takes down Vincent’s muscle — and will escape, he’s shot from behind. When he turns, Vincent shoots him twice more. By the time Chloe finds him, he’s bleeding out and insists on telling her a couple things: make sure Trixie knows he loves her and the name Caleb. The EMTs rush over and…

There’s nothing anyone can do. Just as the doctor delivers the heartbreaking news to Chloe at the hospital that Dan didn’t make it, Trixie walks into the waiting room asking where her dad is. She refuses to believe he’s dead and even begs Lucifer to tell her it’s not true since he never lies. (Good luck on having dry eyes during this scene!)

To Lucifer’s surprise, Amenadiel knows what Caleb means: the boy he tried to help who was killed. The angel buried him with his necklace, the key to the Flaming Sword. The scammers must have taken it, and that gave TJ his super-strength. That happened, the brothers realize, because Michael must have had Gabriel retrieve Azrael’s blade from the Goddess’ (Tricia Helfer) dimension. He’s trying to assemble the Sword, meaning he’s gearing up for a war, not an election.

That has Lucifer doubting himself since he doesn’t have the greatest track record when it comes to wars in heaven. He even admits to Chloe why he wants to be God, and she’s upset that her daughter’s growing up without a father because Lucifer still doesn’t know how she feels about him. (Ouch.)

At Dan’s funeral, Amenadiel has bad news for Lucifer: their friend isn’t in heaven. “Dan dealt with his guilt. He told me as much,” Lucifer argues. It’s not quite that simple. But when Amenadiel gives the eulogy, he says Dan’s in “a much better place,” letting Chloe think he’s in heaven.

Then, after Maze gets a location for Vincent and his men, they go to take them out — it’s terrifying and so, so good — all set to Ella and Lucifer singing “It’s So Hard to Say Goodbye to Yesterday” at the funeral.

But while he made the people who killed Dan pay, Lucifer’s not done yet. He may have wanted to be God for the wrong reasons before, but now he knows he has to be God, he tells Dr. Linda Martin (Rachael Harris). And that means they’re going to war.