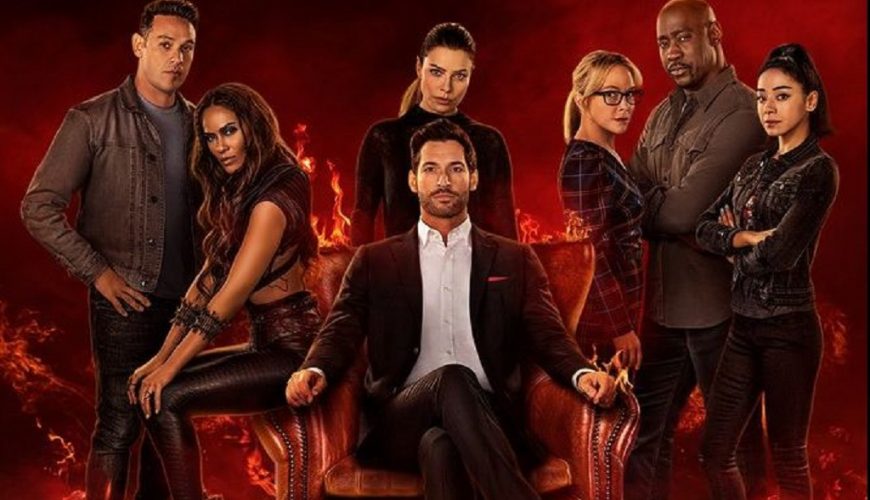 Lucifer fans shouldn’t expect the previously announced time jump to be “too huge” in season six.

Earlier this week, TV Line confirmed that the upcoming final episodes won’t kick off in a wildly different place than where season five ended. You know, which had Lucifer travel to Heaven and essentially sacrifice himself to save Chloe, and in doing so, inadvertently proved himself worthy of becoming the new God…

“It is long enough that Chloe is getting a bit curious about why Lucifer hasn’t yet officially started his new job in the Silver City,” the publication added, though.

In the same report, TV Line revealed that music producer Jimmy Barnes, who was played by John Pankow and introduced in the pilot way back in January 2016, will “play a pivotal role in an early episode” of season six.

And he’s not the only character gearing up for a comeback in Lucifer’s final season either: Officer Diggs (Matt Corboy) – the same officer who pulled him over for speeding through Los Angeles in the first scene of the very first episode – is set to show up, too, as is another mystery guest star who has yet to be named.

Detective Daniel Espinoza (Kevin Alejandro) will make an appearance as well, as a special mentor for Amenadiel, who joined the LAPD following the former’s death in season five.

In the run-up to the new episodes landing on September 10, writer Chris Rafferty opened up about the pressures of pleasing Lucifer’s passionate fanbase in an interview with Script magazine.

“I am hyper-aware of the audience’s attachment to these characters and get messages on the daily about wanting the show to last forever. But the world doesn’t work that way,” he said.