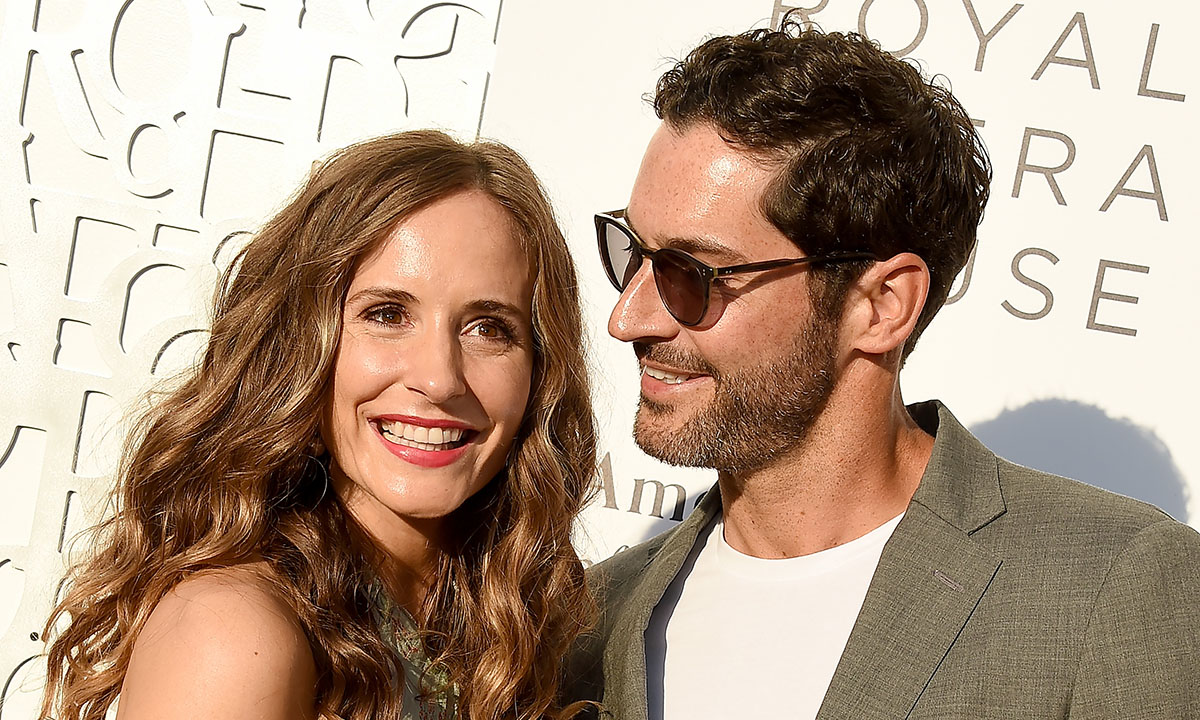 Lucifer star Tom Ellis is currently awaiting the return of the 6th and final season of the Netflix hit series. And now, the actor’s wife Meaghan Oppenheimer has just landed a new series of her own in the meantime.

Netflix star Tom Ellis took to Instagram to congratulate his wife Meaghan Oppenheimer on the news that her new series Tell Me Lies has been picked up by Hulu and found its lead in the form of Nine Perfect Strangers’ Grace Van Patten. It appears that the actor isn’t the only talented member of the Ellis family as Oppenheimer has previously written and created the series Queen America and has written an episode of Fear the Walking Dead.

Fans are patiently waiting for the arrival of the sixth and final season of supernatural comedy-drama series, Lucifer.

In the meantime, fans might want to keep an eye out for a new series by the other half of the Ellis family.

Oppenheimer has written and created a new series Tell Me Lies, which is based on Carola Lovering’s novel of the same name.

Ellis took to Instagram to congratulate his wife on the news, writing: “Congratulations to my amazingly talented wife @moppyoppenheimer!!!!!”

Eager to spread the word, Ellis attached a Deadline article announcing the news, urging his followers to “swipe up” to find out more.

Oppenheimer also posted the news on Instagram, captioning a photo of the Deadline report: “So excited to bring @carolatlovering’s insanely sexy book to the screen.

“And cannot wait for everyone to fall madly in love with @gracevanpatten.”

Deadline reports that Tell Me Lies has reviewed a straight-to-order series and that Grace Van Patten will star as Lucy Albright.

The Hulu series will be executive produced by American Horror Story and Scream Queens actress Emma Roberts as her first project with Belletrist TV. 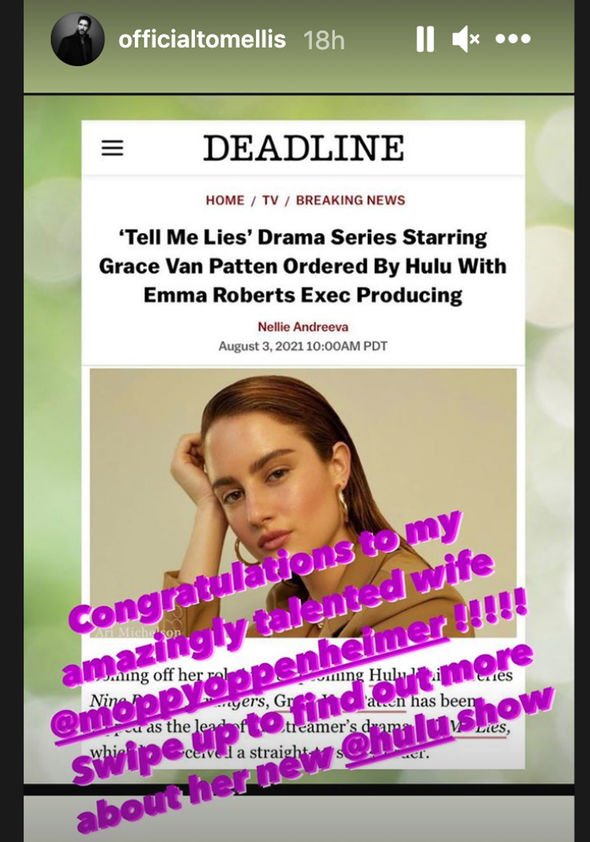 Tell Me Lies follows a tumultuous yet passionate relationship and one woman’s obsession with a charming man.

The “intoxicating” relationship will play out over eight years and begins by focusing on the origins of Lucy Albright (played by Van Patten) and the as of yet uncasted Stephen DeMarco in college.

Certain choices the pair make over the years will have “irrevocable” consequences in the future.

The relationship looks set to be an addictive watch as their lives and the lives of their family and friends are altered forever.

The publication reveals that Lucy Albright is from Long Island and is relatively sheltered compared to Stephen DeMarco.

She is known as the Ice Queen but her facade fades upon meeting Stephen.

However, childhood trauma plagues their relationship, making it difficult to open up.

Lucy’s long-buried demons could threaten her burgeoning relationship and may awaken a “dark streak” in her new lover.

The series is currently in pre-production and Oppenheimer has written the pilot episode already.

Upon hearing the news, fans immediately took to Twitter to express their excitement, with one fan writing: “HOLY F**K ! One of my favourite books ! @carolatlovering aaaaaaaah so excited !!!” (sic)

Another said: “Yeah, I’m definitely so excited for this.”

“Oh hell yes!! Based on the awesome book and written by @MoppyOpps, this is a MUST WATCH,” a third commented.

Someone else remarked: “Yay!!! So happy we are dropping cable and getting Hulu!! Congrats Meaghan!”