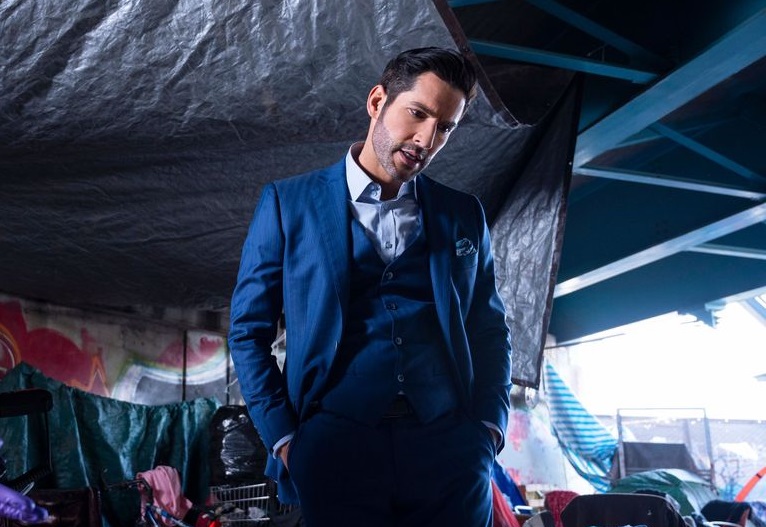 ATTENTION!! Lucifer season 5B spoilers ahead

Co-showrunners Ildy Modrovich and Joe Henderson have given away some hints as to what fans can expect from Lucifer’s sixth and final season.

The comic book drama’s latest season concluded with a cliffhanger of epic proportions, which saw Tom Ellis’s Lord of Hell transform into the newest incarnation of God, surrounded by a horde of worshipping angels.

TVLine got together with Modrovich and Henderson to talk all things season 6, first teasing “a whole new character” audiences have never met.

Despite his on-screen death, Kevin Alejandro’s Detective Dan Espinoza will reappear for a special encore too.

“We knew we could not do another season without Detective Douche, so yeah, we found a story for him that we just love, and it’s one of those examples of sometimes you paint yourself into a corner and you find something that’s so much more fun and satisfying because of it,” explained Modrovich.

Asked if Lucifer’s position as God will be explored, and whether Chloe Decker could still be his consultant, the co-boss also shared: “What happens when the dog catches the car? Like, what happens when Lucifer gets a hold of something that maybe he thought he wanted?

My name is Damyan Ivanov and i was born in 1998 in Varna, Bulgaria. Graduated high school in 2016 and since then i'm working on wordpress news websites.
co-showrunner, Hints, Lucifer, Lucifer 6, Lucifer Season 6, Lucifer showrunner, News, Showrunners, TV Series