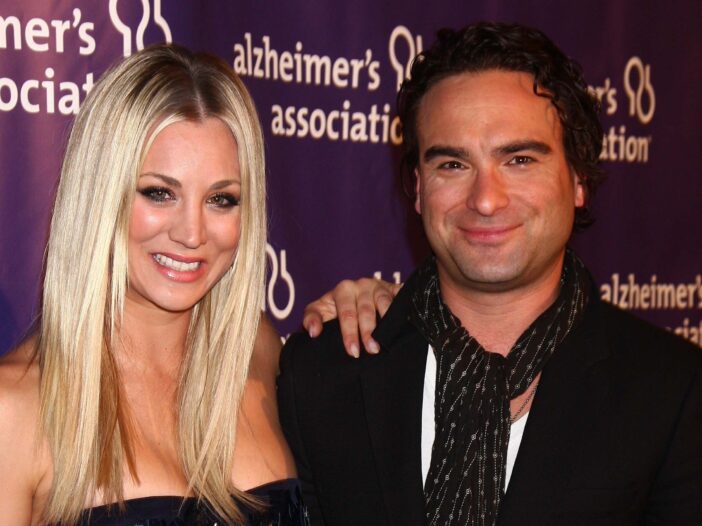 Despite the series ending a few years ago, The Big Bang Theory cast has still popped up in each other’s lives here and there, and those interactions feed Big Bang Theory fans’ thirst for more from the beloved stars. For Kaley Cuoco, it’s almost as if the hit sitcom never ended, and there’s one former castmate the Flight Attendant star interacts with the most. Now, Cuoco has revealed the former Big Bang Theory co-star she’s remained the closest with since the series ended.

With The Big Bang Theory cast’s bond having continued well after the CBS sitcom signed off, Kaley Cuoco never seems to be too busy to reach out to her friends and former co-workers. But just like other television casts, some are closer than others. The Flight Attendant star said this about her close relationship with a certain Big Bang Theory co-star:

Johnny and I are very close. We talk multiple times a week. In fact, he literally—as this phone call started—he had just sent me a picture of his baby. He loves sending me baby pictures. I know it’s really cute, we’re really close.

Kaley Cuoco’s answer shouldn’t be a surprise to any Big Bang Theory fan. Cuoco and Johnny Galecki have a long-running history, as they even dated earlier in the show’s run. The former Big Bang Theory co-stars were in a relationship for a few years while working on the hit sitcom and even managed to keep things quiet after they broke up. Luckily, the breakup wasn’t filled with animosity, and the two continued to be good friends and skilled scene partners. Even after the series ended, Cuoco and Galecki have gone back and forth on social media. Whether it’s sharing baby pictures or trolling under anniversary posts, the two still have the same camaraderie we used to see between their two characters.

Kaley Cuoco admitted to E! News that besides Johnny Galecki, she keeps up with all her former Big Bang Theory co-stars through messaging and social media. This closeness has definitely been on display, as they all hype each other up when it comes to new projects or ventures. It’s easy for some to fall out of touch with friends and family, but this cast managed to stay connected, even during the COVID-19 pandemic.

Although the actress was shocked by the decision that ended the CBS sitcom, Kaley Cuoco has not been too far from The Big Bang Theory since it wrapped up its 12-season run back in 2019. The ghost of the hit sitcom even followed her to The Flight Attendant. Needless to say, that connection will always be there for her.

It’s nice to know Kaley Cuoco and Johnny Galecki are still keeping the Penny and Leonard energy going. While a cast reunion doesn’t seem to be in the works right now, hopefully, the two will be able to reunite – in real life – once the world figures out this new normal.

My name is Damyan Ivanov and i was born in 1998 in Varna, Bulgaria. Graduated high school in 2016 and since then i'm working on wordpress news websites.
Johnny Galecki, Kaley Cuoco, TBBT, The Big Bang Theory, The Flight Attendant