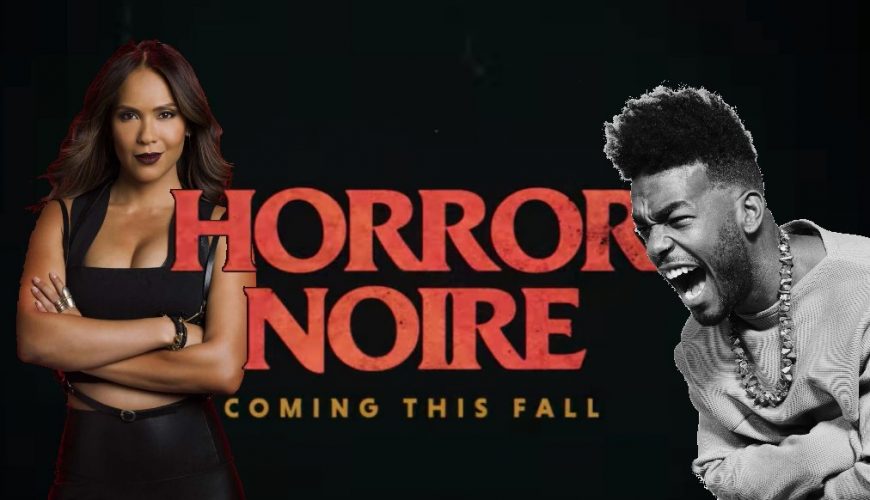 The 2019 doc gathers actors, directors, scholars, journalists, and other movie enthusiasts to discuss exactly what the title suggests, the history of horror films from the POV of a group of people who haven’t always been represented very well in the genre, both in front of and behind the camera, over the years — though that is definitely starting to change. Horror Noire the doc is helping propel that positive evolution with Horror Noire the narrative film, which aims to showcase “stories of Black horror from Black directors and screenwriters,” according to a Shudder press release. The first trailer has arrived and it looks like the six tales Horror Noire explores — the titles are “Daddy,” “Bride Before You,” “Brand of Evil,” “The Lake,” “Sundown” and “Fugue State” — span the gamut from historical to modern-day settings, and will aim to frighten with both old-fashioned shriek-fests and psychological torment. Check it out!

Yep, good call on not following behind a fiddle-toting Peter Stormare.

Here’s what Shudder — which also has new episodes of Creepshow, an anthology series based on an anthology film, as part of its October programming — has to tell us about the cast and creators: “Horror Noire features six stories presented together as a two-hour film starring Lesley-Ann Brandt (Lucifer, Spartacus), Luke James (The Chi, Thoughts of a Coloured Man), Erica Ash (Survivor’s Remorse, A Black Lady Sketch Show), Brandon Mychal Smith (Four Weddings and a Funeral, You’re the Worst), Sean Patrick Thomas (Macbeth, The Curse of La Llorona), Peter Stormare (American Gods, Fargo), Malcolm Barrett (Genius: Aretha Franklin, Timeless), Tony Todd (Candyman, Night of the Living Dead), and Rachel True (The Craft, Half & Half), among others.”

“The new and adapted stories are written by husband-and-wife writing duo Tananarive Due (My Soul to Keep, Horror Noire: A History of Black Horror) and Steven Barnes (Lion’s Blood), Ezra Claytan Daniels (BTTM FDRS), Victor LaValle (The Ballad of Black Tom, The Changeling,) Shernold Edwards (All Rise, Anne with an E); and Al Letson (Reveals) … Dr. Robin R. Means Coleman, author of the groundbreaking book Horror Noire: Blacks in American Horror Films from the 1890s to Present, is consulting on the anthology, as well as Horror Noire: A History of Black Horror documentary producers Ashlee Blackwell, Phil Nobile Jr. and Kelly Ryan.”