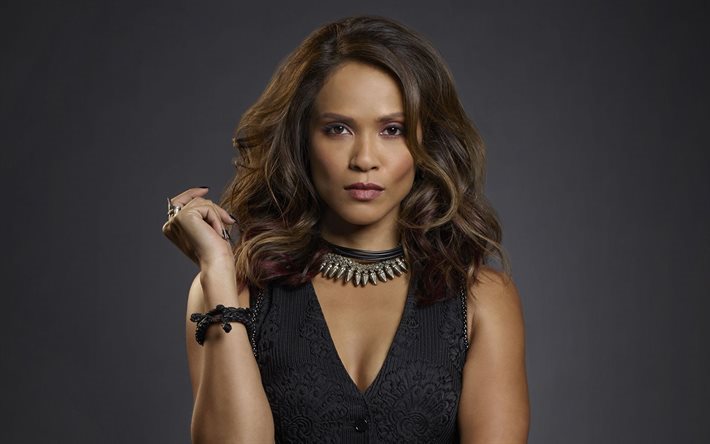 Brandt, who played demon Mazikeen (a.k.a. Maze) on Lucifer, will produce and star in the upcoming drama series Hanover Street. Set in Cape Town, South Africa, the story will take place during the apartheid. It will specifically center around District Six, an area of the city with a strong LGBTQIA+ community and an overall diverse population, despite the apartheid’s rules.

Brandt is working with Revelations Entertainment, which Morgan Freeman and Lori McCreary own. D6 Entertainment’s Adrian Cunningham will also produce the show. “We are thrilled to have partnered with Lori, Morgan and the team at Revelations to bring the beauty and tragedy of District Six to life,” Brandt, 39, told Deadline earlier this year. “It’s such a personal story to me, my family and the people of the Cape Flats. While the barbarity of the apartheid regime has featured onscreen before, Hanover Street will lean into the joy and solidarity that the community shared in the face of repression.”

McCreary invoked two of Freeman’s movies, Bopha! (which he directed) and Invictus (which he played Nelson Mandela in), when discussing the project. She said, “There’s a definite correlation between the racial reconciliation that has gone about in South Africa — and continues today — and the important conversations happening today in America. Bopha! explores police violence and Invictus, racial reconciliation. We find it sometimes easier to reflect on stories in another country to learn more about ourselves.”

There is no production start date or release date just yet. Furthermore, no network or streaming service has agreed to host the series just yet. However, whenever that does happen, we here at PopCulture.com will make sure to keep you updated. In the meantime, all episodes of Lucifer are streaming on Netflix. Brandt can be found on Instagram at @lesleyannbrandt.

My name is Damyan Ivanov and i was born in 1998 in Varna, Bulgaria. Graduated high school in 2016 and since then i'm working on wordpress news websites.
Lesley-Ann Brandt, Lucifer, News, TV Series